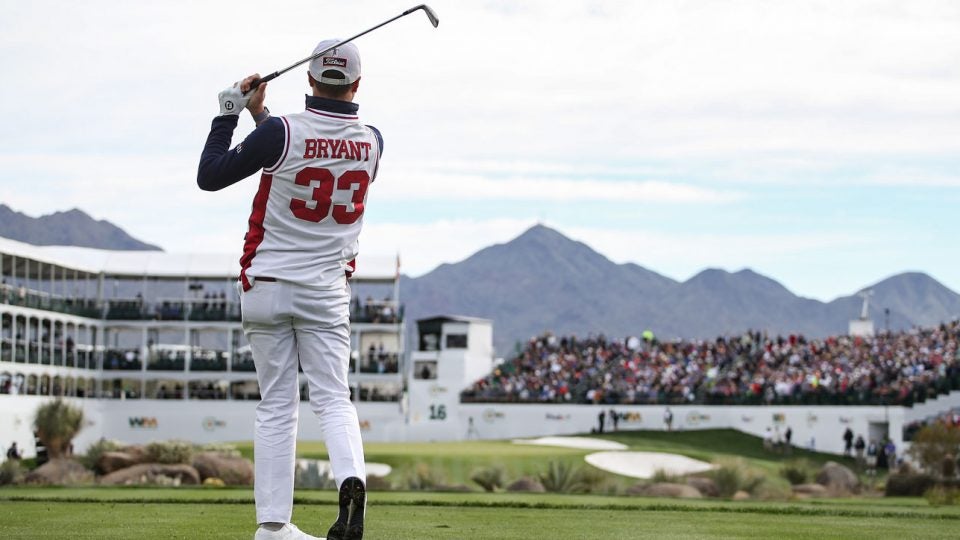 In the days since the tragic death of Kobe Bryant, his 13-year-old daughter, Gigi, and seven others in a helicopter crash in Calabasas, Calif., tributes have been made all across the sports world.

From NBA teams taking intentional 24-second and eight-second violations — honoring the two numbers Bryant wore during his 20-year career — to soccer club AC Milan wearing black armbands honoring the fallen legend, the tributes have been touching in memory and wide in scope.

This week at the Waste Management Phoenix Open, the tributes made their way into the golf world. Although Bryant was not directly linked to the sport, players have been vocal about the impact that the future Hall of Famer had on them.

“I’ve always been a huge fan of his,” Justin Thomas said. “I’ve always loved watching him play, just loved hearing about his work ethic and stuff that he did on and off the court and how he just always worked harder than everybody else.”

Thomas added that although he never met Bryant, his death hit him in an unexpected way. During the first round, Thomas donned a Lower Marion High School No. 33 Bryant jersey while playing the famed 16th hole at TPC Scottsdale. He also used a purple and gold Scotty Cameron headcover this week with “RIP Kobe” and “RIP Gigi” emblazoned in sharpie. Thomas also shared a photo of custom “MAMBA MENTALITY” stamps on his wedges earlier in the week. 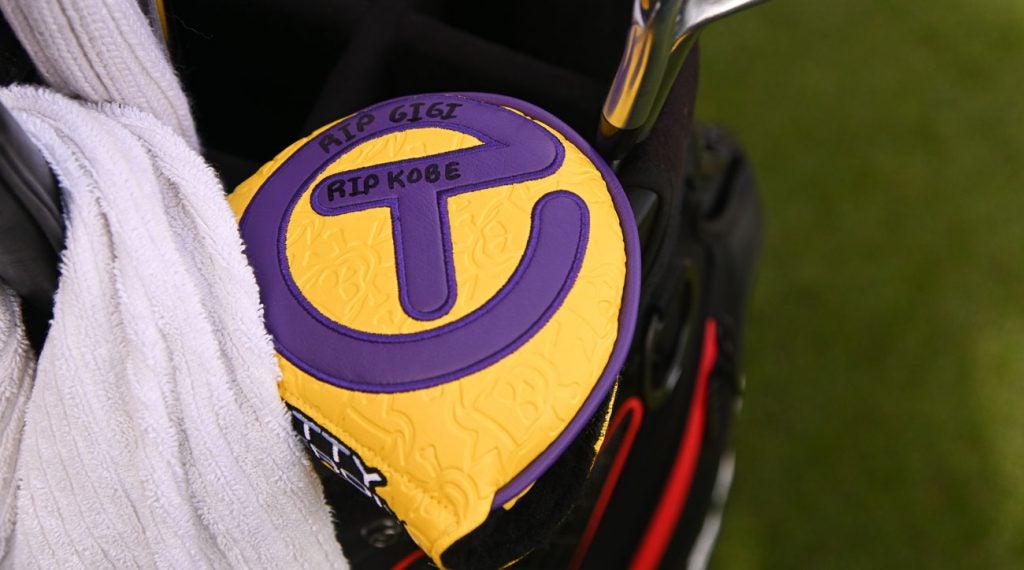 Other players took the opportunity competing at one of the most noteworthy holes on the PGA Tour circuit to pay their own respects to Bryant. Max Homa wore a No. 24 Lakers jersey while playing No. 16 during his opening round. Homa, a Los Angeles-area native, took to Twitter Sunday evening after the news of Bryant’s death broke.

“He didn’t know it, but Kobe made me tougher,” the tweet read. “It’s always been “what would Kobe do?” when it came to golf. Put in the time and keep ur head down. Don’t let anyone outwork u. I’m forever grateful for him and I know I’m not alone. RIP #8 #24.” 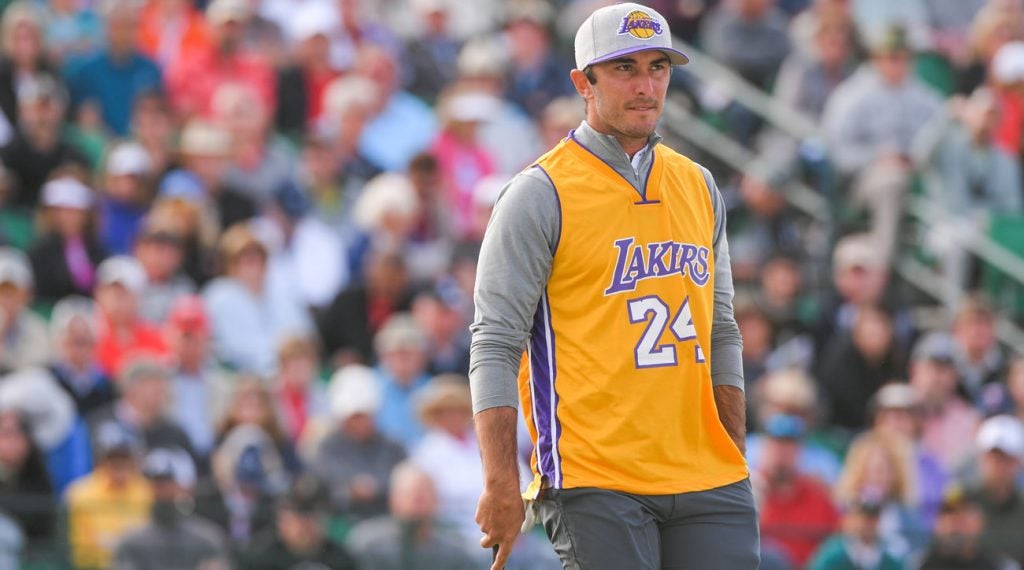 During the Wednesday pro-am, former NBA player J.R. Smith wrote “Kobe,” “Mamba” and “Gigi” on his shoes. Gary Woodland, a former basketball player himself, was candid about his respect for Bryant not only on the court, but also as a proud father to four girls. 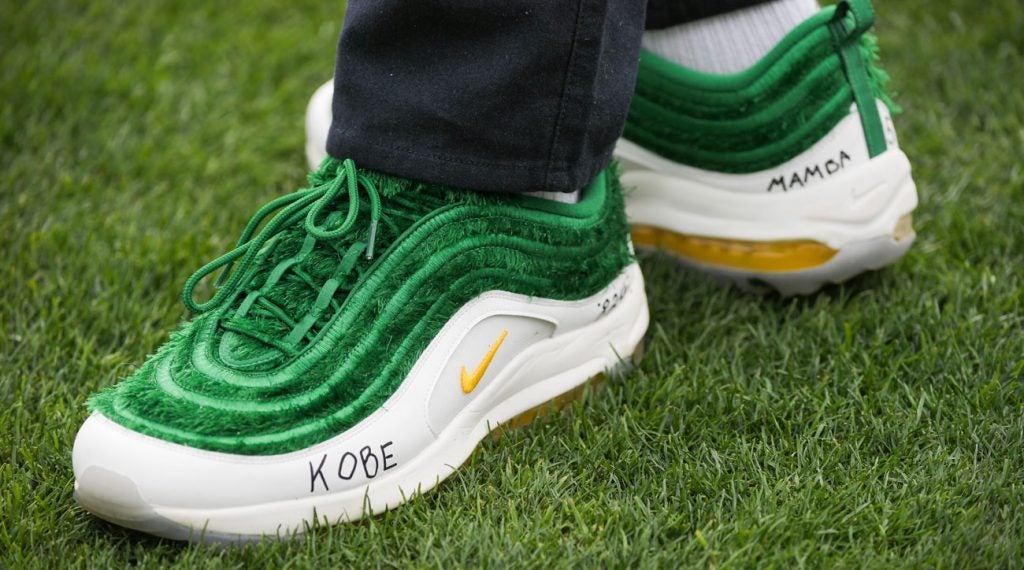 J.R. Smith pays his respects to Kobe and Gigi Bryant during the Wednesday pro-am at the Waste Management Phoenix Open.
Getty Images

Woodland also said he would pay tribute to Bryant this weekend with his shoes.

The U.S. Open champion is not the only one paying respects to Bryant with his shoes. Bryson DeChambeau played the opening round with purple and gold eights painted on the back of his Puma shoes, while Tony Finau’s purple and gold Nikes paid their own homage to Bryant. Finau tweeted “RIP Black Mamba. You are sorely missed,” on Sunday evening. 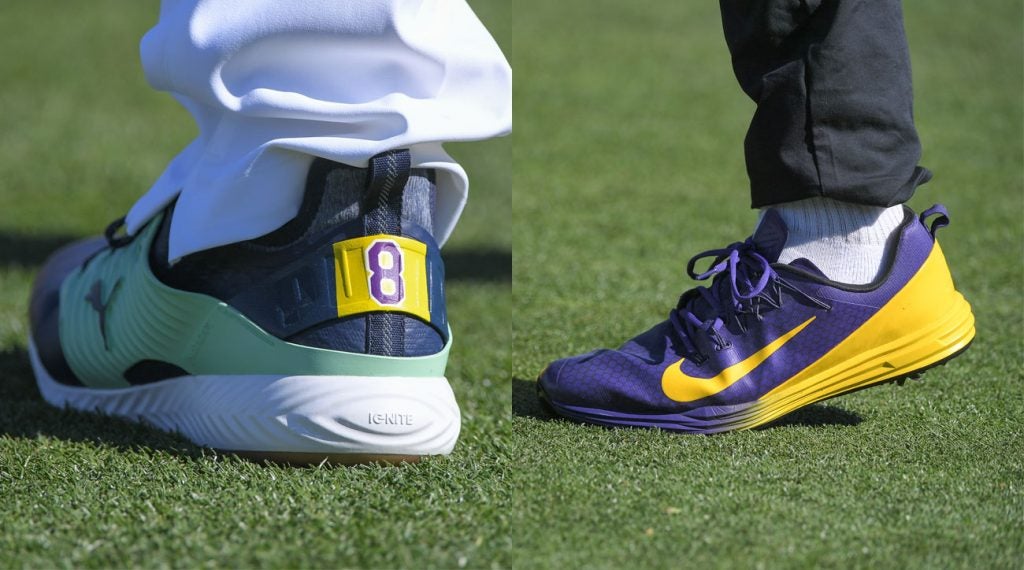 While Bryant may not have been directly connected to the game of golf, his impact on a generation of athletes and sports fans alike cannot be understated.