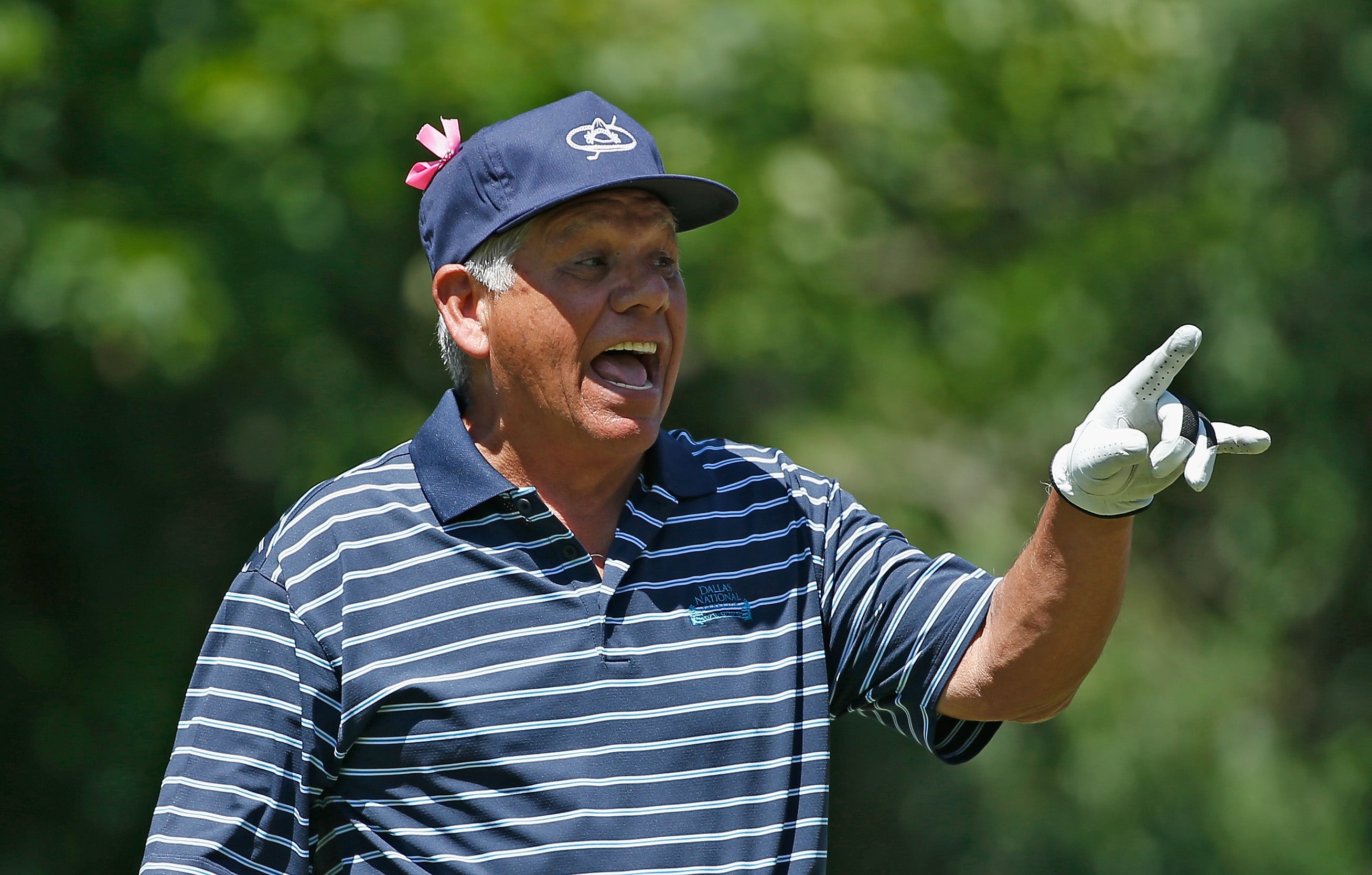 Trevino earned a spot on our the Top 100 list thanks to the metronomic precision of his drives. Fade after fade after fade, you could bet on him finding the fairway. "As straight as Trevino was driving this week, no one was going to beat him," said Gary Player after Trevino won the 1974 PGA Championship by a shot over Jack Nicklaus.
Gerry Cranham

The PGA of America made a fine choice in naming Davis Love III to captain the U.S. side again at the 2016 Ryder Cup matches at Hazeltine, says 1985 Ryder captain Lee Trevino, but the Merry Mex isn’t very merry on the subject of European domination (8-2 over the last two decades), America’s sputtering superstars, and a lot of other things Ryder related.

“Tom Watson is a good friend of mine,” Trevino says. “I’ve got a hell of a lot of respect for the guy, and I was really angry about the way they treated him [after his U.S. team was trounced at Gleneagles last fall]. I don’t know what went on behind the scenes, but the players have to understand he worked his butt off for two years and all they did was show up and go play.

“If Phil Mickelson wants to say what he said, it’s up to him. I thought it would have come out a lot better from someone like Patrick Reed, who went 3-0-1, instead of a guy who has been a part of so many losing teams. If I had a losing record in the Ryder Cup, I’d keep my mouth shut.”

Trevino had a 17-7-6 record in six appearances as a player, in stark contrast to Mickelson, 16-19-6, and Tiger Woods, 13-17-3. That, Trevino says, is a big reason why the U.S. keeps losing: Its top two or three players keep racking up negative point totals while Europe’s heaviest hitters keep padding theirs. Golf Channel’s Brandel Chamblee made a similar point in defense of Watson last fall, singling out Mickelson and Woods.

Still, U.S. captains keep taking the blame for the one-sided matches and most likely will continue to do so, making it a loaded, mostly thankless job. In fact, the fallout from Gleneagles, where the Europeans routed the Americans 16 ½ – 11 ½, was so toxic that Trevino thinks major changes are in order—changes well beyond the PGA of America appointing a task force.

“I think the captain should be able to pick all 12 of his players,” says Trevino, 75. “He’d pick out the ones who are playing the best at the time. You left out two great players who were playing extremely well, Chris Kirk and Billy Horschel, last time. If you’re going to take all the heat, and the captain does, then goddam it, you should be able to pick your own players.”

Would that include Jim Furyk, Mickelson and Woods, who top the list of individual matches lost (20, 19 and 17, respectively) for the U.S. side?

If they’re hot, then yes, but otherwise leave them home, Trevino says.

“I took a team to the Belfry in ’85 and got beat,” he says. “That was when it was a two-year qualifying system. My guys played well the first year, but by the time the Ryder Cup came around they weren’t playing very well. If the captain could pick all 12 players, that wouldn’t happen.

“Davis did a hell of a job [at Medinah in 2012]. He just got run over on the last day and it wasn’t his fault. His players didn’t play very well on Sunday. But I think the PGA of America should take a hard look at this. The Europeans take the Ryder Cup a lot more seriously than we do. They’re talking about it already. The Ryder Cup should be about trying to win in the way that it’s about winning for a football team that takes the field.

“I think if the captain picked his team, it would be a hell of a lot better. You call the guy right before the event and say, ‘Do you want to play in the Ryder Cup? Do you care about it?’ Because he might not want to play, and if he doesn’t, you don’t take him. And then you have a press conference before the event and announce your team. How long does it take to pick out some sweaters and slacks? The Ryder Cup has become a fashion show.”