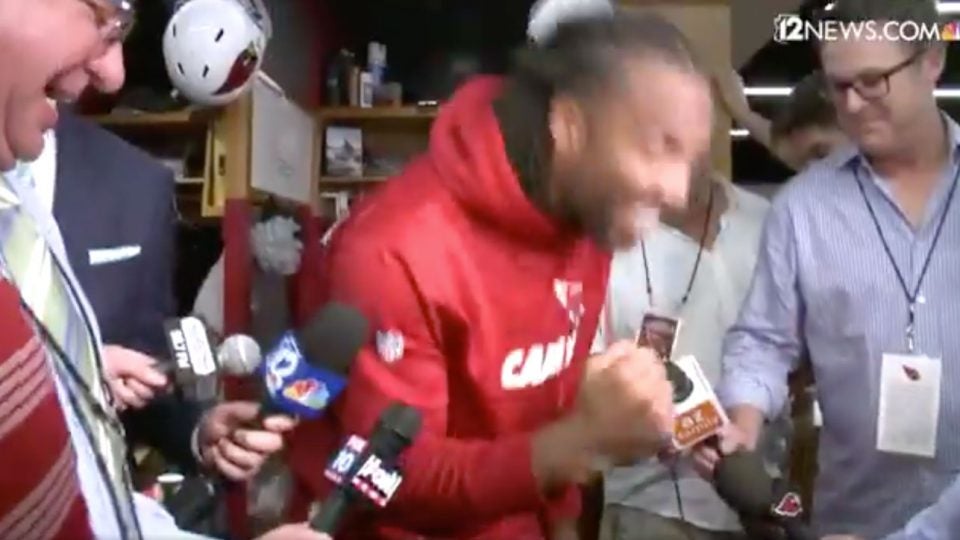 Larry Fitzgerald is a big-time golf fan. And, like many golf fans, he gets a kick out of watching Tiger Woods while at work. On Thursday that just happened to mean watching Woods finish up his round at the Tour Championship in the Cardinals locker room, surrounded by reporters.

Woods faced this eagle putt on No. 18 at East Lake Golf Club just as the longtime superstar receiver was fielding questions post-practice. He paused the questions for a bit as he narrated the action.

“Tiger’s putting for birdie — he’s putting for eagle, actually.” Woods proceeds to pour in the putt for eagle, securing a five-under 65. As the putt rolls in, Fitzgerald jumps to his feet, fist-pumping to celebrate the holed putt. “Yes! My boy. Hey Pat, five under, baby. Five under. He’s leading the tournament,” he shouts off-screen, likely to fellow golf enthusiast Patrick Peterson. 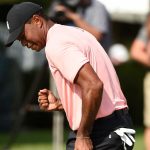 You may also like WATCH: Eagle! Tiger Woods jars putt on 18th green to grab co-lead of Tour Championship

“We always pull for Tiger, man. He’s doing this thing,” Fitzgerald continued. “I love golf regardless who’s playing, but when he’s doing well it’s exciting for everybody.”

Even @LarryFitzgerald watches golf at work. This was his reaction when @TigerWoods eagles the 18th hole to grab a share of the lead at the #TOURChampionship. @GolfChannel @GolfCentral #12Sports pic.twitter.com/2fbl0oLHLM 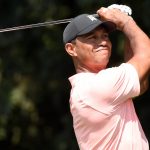 You may also like Tour Championship Live Blog: Live updates from Round 2 at East Lake