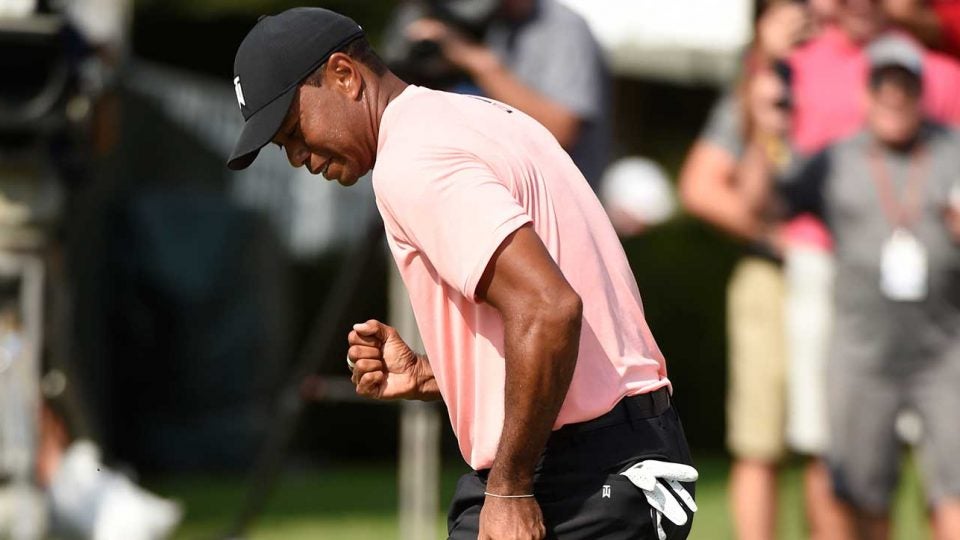 Tiger Woods was trying to close his opening round of the Tour Championship on a high note, and he succeeded.

Woods eagled the par-5 18th to shoot a five-under 65 and grab the co-lead alongside Rickie Fowler. That putt also capped a four-under 31 he shot on the back nine.

Woods, playing in his first Tour Championship since 2013, three-putted for bogey on the opening hole but came back with birdies on 5 and 6. He added two more birdies on 12 and 14 before stepping to the 18th tee trailing Fowler by two. A driver and fairway wood to the green later left a 28-footer for eagle, which he nailed.

You can watch his putt below.