Kevin Kisner’s Keys to Victory at the RSM Classic 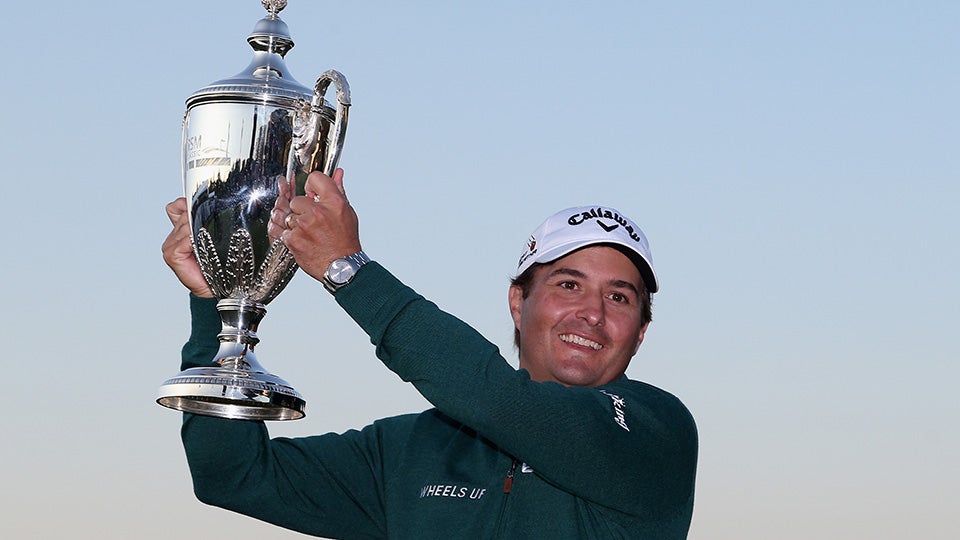 Kevin Kisner celebrates with the winner's trophy on the 18th green of the Seaside Course after winning The RSM Classic on November 22, 2015.
Matt Sullivan

The 31-year old cruised to his first Tour win with a record-setting 64 on Sunday.

Kisner was hot from start to finish this week, ranking 1st in total strokes gained, birdies (22) and par-4 scoring (-15). His 22-under finish set a new tournament record at Sea Island, and no player has gone that low on the par-4s since Jimmy Walker at the 2015 Sony Open in Hawaii.

Since last year’s Masters, Kisner now has five top-two finishes: one win and four runner-ups, second only to Jordan Spieth, who has four wins and two runners-up.

Kisner teed off on Sunday with a three-stroke lead and quickly doubled it with five front-nine birdies, cruising to a six-shot win over runner-up Kevin Chappell. Since 2010, the only first-time winner to boast a larger margin of victory was Louis Oosthuizen, who won that year’s British Open by seven.

The 2015-16 campaign is off to a fresh start, with six first-time winners through the season’s first seven events.

While Kisner was solid in all aspects of his game, putting was the biggest key to his win. On the 54-holes where putt lengths were tracked, Kisner only missed one of 46 rolls from inside eight feet and was one of just 13 players who made the cut without carding a three putt. Plus, Kisner also now boasts the longest active run of holes without a three-putt on Tour—233 and counting.