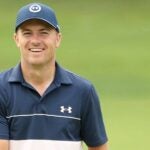 Jordan Spieth is in form heading to this week's PGA Championship. He's not the only one.

TULSA, Okla. — Before the Masters, something curious was going on with the biggest names in the golfing world: Most of ’em weren’t really playing that well! Jon Rahm had looked ordinary. Rory McIlroy was coming off a missed cut. Jordan Spieth hadn’t cracked the top 25 in five starts. Justin Thomas was struggling with his putting. Defending champ Hideki Matsuyama was hurt. So was Bryson DeChambeau. Brooks Koepka, too. You get the idea.

Golf results generally feel impossible to predict, but in this case the tournament played out accordingly. The two blue-chippers playing well coming in — Scottie Scheffler and Cameron Smith — were the two golfers in the final pairing some Sunday.

Here’s where things get tricky, if you’re looking to make a pick. Right now, everyone’s hot! Golf’s biggest horses have found their stride. And now that they’ve galloped to Oklahoma, let’s review the nine hottest — and just how well they’ve been playing coming into this week at Southern Hills.

Homa’s the only player on this list outside of the top 10 in the OWGR, but I’m including him for two reasons: 1. Nine is a more satisfying number than eight and 2. Homa won his most recent start at the Wells Fargo in particularly impressive fashion and is well-suited for this week’s test.

Heat level: Soup on the stove

Justin Thomas comes in hotter than you might think. He’s coming off a T5 at the Byron Nelson which marks his sixth top-10 in 10 starts in 2022. He just switched putters, too. Beware the man with a hot new putter.

It still sort of feels like Patrick Cantlay hasn’t played much since winning the FedEx Cup and the Ryder Cup in late 2021. But he actually started 2022 with four consecutive top-10s and, after a few finishes outside the top 25, finished second at the RBC Heritage and won the Zurich with good buddy Xander Schauffele. What does a team win a couple weeks ago mean for his individual chances this week? We’ll see.

Heat level: Inside of a baked potato

He shot 61 on Sunday, the best score of the day at TPC Craig Ranch, so if you want someone who’s peaking, like, now, he could be your guy. But in addition to this past week’s backdoor T5, Schauffele and Cantlay won the Zurich in their previous start before that.

Heat level: Just turned off the pan, be careful

Sure, he missed the cut at the RBC Heritage, but who cares? He finished T3 at the Masters and won the Players in his two starts before that, adding to his victory at the Tournament of Champions. He hasn’t played a ton, but when he has he’s basically beaten everyone else. Overlook Smith at your own risk.

Heat level: Just made two cups in a row

Rory McIlroy’s heating up, as evidenced by his final-round 64 to finish solo second at the Masters. He made a run at the Wells Fargo, too, finishing solo fifth. He sounds like himself. Could ending his major drought come next?

The World No. 2 was on a middling run of form — for him — which consisted of a bunch of made cuts but no real runs at victory. That changed in his most recent start when Rahm won the Mexico Open. Winning in your last start pre-PGA is about as hot as it gets.

What have you done for me lately, Scottie Scheffler?!? It’s been more than a month since his Masters win and the world No. 1 finished just T15 at the Byron Nelson this week, no doubt souring his season. Scheffler has now won only four of his past seven events. Okay, but seriously, Scheffler’s four wins came at the biggest event on the planet, a WGC, an invitational and the biggest party in golf. It’s clear his game can travel and it doesn’t even have to travel very far this week.

Heat level: Inside of a Hot Pocket

You may recall that Spieth missed the cut at his most recent major when he whiffed at the Masters. Things have gotten distinctly better since then: He won the very next week at the RBC Heritage and finished second at the Byron Nelson. What could possibly go wrong?!

The only thing standing in these guys’ way? Everybody starts this week at zero, and they count every single shot you take after that. But if you’re looking for a hot hand, plan accordingly.