Shane Lowry leads, and everything else you missed from Round 1 of the RBC Heritage

If you’ve been suffering from a Masters hangover for the last few days, it’s time to snap out of it. The Tour schedule waits for no one, and this week, big-name players like Jordan Spieth, Dustin Johnson, Xander Schauffele, Bryson DeChambeau, Matt Kuchar, Kevin Kisner and Tommy Fleetwood are teeing it up in Hilton Head, S.C. for the RBC Heritage.

Here’s everything you missed from Round 1 at Harbour Town. 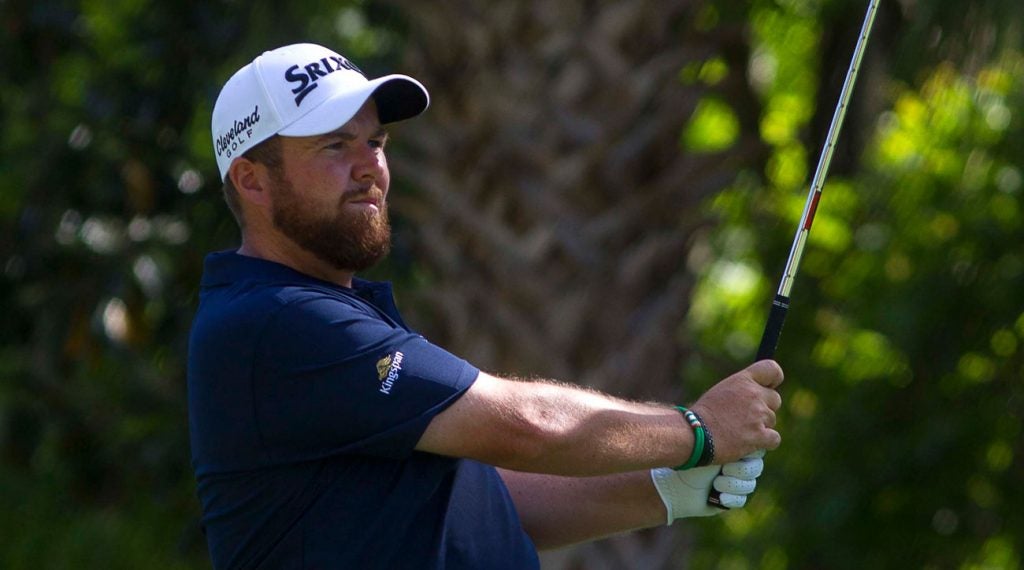 Irishman Shane Lowry has only one PGA Tour victory on his resume: the 2015 WGC-Bridgestone Invitational. But that could change this week.

With an opening round of 65 that featured a clean scorecard of six birdies and no bogeys, Lowry leads by one shot over a five-way tie for second through 18 holes.

After finishing tied for second at last week’s Masters and moving back into the top spot of the Official World Golf Ranking, Dustin Johnson was the odds-on 8/1 favorite at this week’s event.

DJ fired a solid opening round of 68 (three under par) that featured four birdies and one bogey. He’s currently T15 heading into Round 2.

Drivers
Wall-to-Wall Equipment: Dustin Johnson nearly won the Masters with two drivers
Some Masters contenders have some work to do in Round 2

It was a rough day for Masters contenders Francesco Molinari and Justin Harding, who struggled to opening rounds of 74 (three over par).

After posting his best finish of the season at last week’s Masters with a tie for 21st, things were looking up for Jordan Spieth. And there’s still no reason to think he can’t keep things on track this week.

After starting on the 10th hole on Thursday, Spieth found the water on the par-3 14th hole and carded a double bogey. He bounced back on the front nine (his second nine) though, making three birdies and a single bogey to finish at even par overall — T53, and only six shots behind Lowry.