Even before the PGA Championship was postponed, a feeling of uncertainty enveloped Harding Park

SAN FRANCISCO — Rain showers soaked the Bay Area Monday morning, but by noon the squalls had passed, the sun was out and so were the construction crews at TPC Harding Park, erecting grandstands behind the 9th green.

“We’re going to keep at it until they tell us to stop,” said a worker laying scaffolding.

Little did he know.

Less than an hour later, word came down from local government officials: a “shelter at home” order had been issued for San Francisco and five surrounding counties.

Effective that evening, all non-essential businesses would be required to shutter until April 7, at the earliest, including restaurants, bars and, yes, golf courses.

Then, on Tuesday, more bad news for golfers: like the Masters before it, the 2020 PGA Championship was now postponed.

If this was the new normal for the game, it still made for a strange scene Monday at San Francisco’s grandest muni, along the shores of Lake Merced.

Out on the grounds of the tree-lined layout, hammers pounded and metal clanked. Tournament infrastructure was going up. The rough was high. The greens were groomed. Mowers roamed the fairways, rounding the course into tournament shape.

A dozen some-odd golfers were playing, too, scattered here and there, keeping their safe distances and the flagsticks in.

Alex Stemple and Eric Petersen, both in their early 20s, had carpooled 90 minutes from Sacramento and plunked down the $180 non-resident greens fees for a crack at a course that was pegged to host a major. 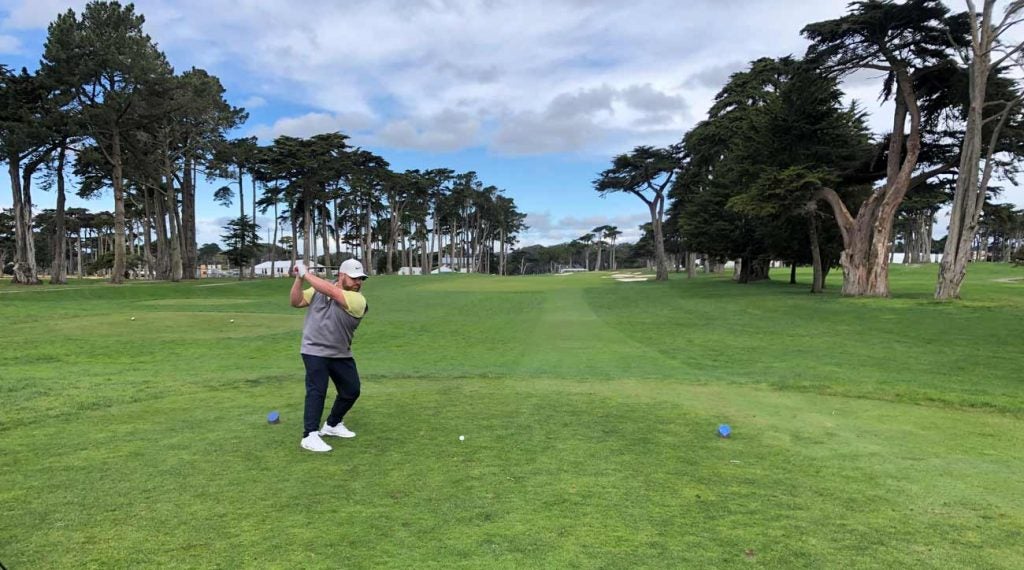 “It’s worth it to play where the pros are going to play,” Stemple said.

As for any health risks, Petersen said he felt safer on the course than he did in most other public spaces.

He waggled, and smacked a drive down a lonely fairway. 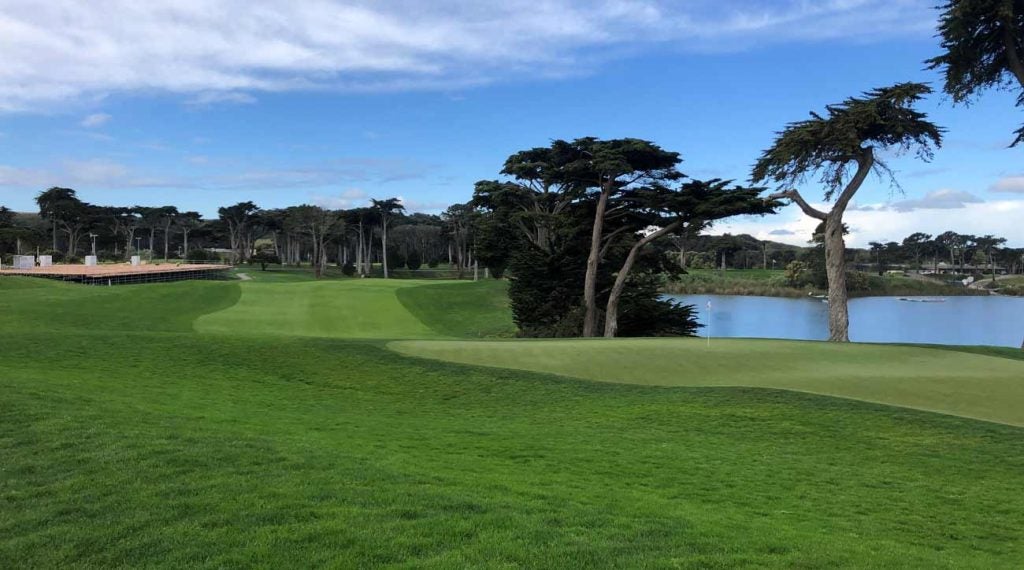 An empty fairway at Harding Park with PGA Championship infrastructure in the background.
Josh Sens

The day wore on. The sun sank low over a golf course destined to go dark for weeks.

Behind the 1st tee, grandstands, half-completed, stood in the gloaming, emblems of a game caught in suspended animation.

A sign by the tee box, heralding the coming of a big event in May, only underscored the weirdness.

“Excitement is building,” it read. 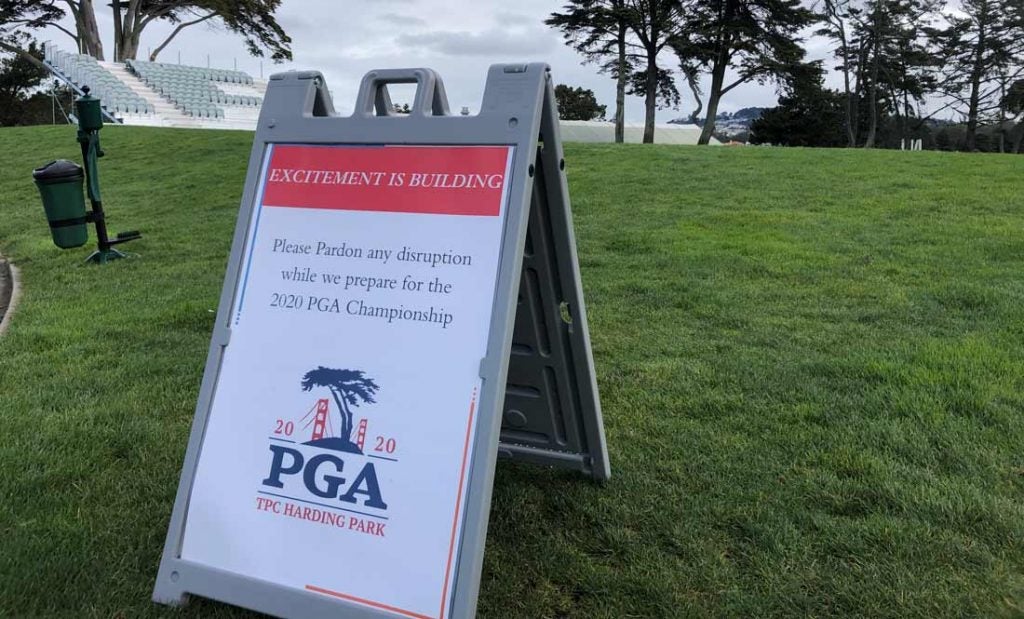