The Masters was the first major to fall. Now, the 2020 PGA Championship has followed suit.

The PGA of America has postponed the PGA Championship scheduled for May 14-17 at TPC Harding Park in San Francisco, the association announced on Tuesday.

The PGA Tour also announced that it is canceling four more tournaments, eliminating from the schedule the RBC Heritage in South Carolina (April 16-19), the Zurich Classic of New Orleans (April 23-26), the Wells Fargo Championship in Charlotte (April 30-May 3) and the Byron Nelson in Dallas (May 7-10).

The newest developments in the pro golf world come as the nation, and world, grapples with the ever-changing coronavirus pandemic. In San Francisco, one of the metro cities hit hardest by COVID-19, residents have been asked to avoid large gatherings. Eventually almost all of the state’s schools were shut, with restaurants and bars following suit. Then, on Monday, about seven million people in the San Francisco Bay Area were ordered to shelter at their homes. Residents were asked only to leave their homes for essential reasons such as work, the grocery store, pharmacies, banks and gas stations. 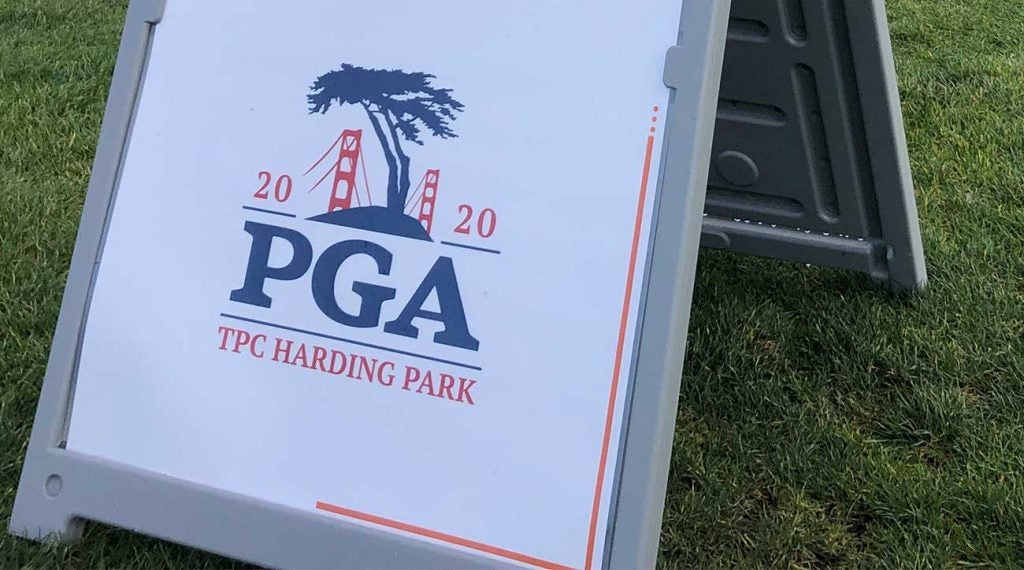 Given these latest developments, Tuesday’s announcement was unsurprising.

“Throughout our evaluation process, we have been committed to following the guidance of public health authorities and given the coronavirus shelter-in-place order in effect in San Francisco, postponement is the best decision for all involved,” PGA of America CEO Seth Waugh said in a release. “We are also in dialogue with Mayor Breed and her team at the City of San Francisco and look forward to hopefully bringing the 2020 PGA Championship to TPC Harding Park at a date this summer when it is once again safe and responsible to do so.”

Last week the PGA Tour canceled the Players Championship after one round and canceled the next three events on the Tour schedule, through April 5. On Friday, Augusta National postponed this year’s Masters, scheduled for April 9-12, but left the door open to potentially play it later this year.

The next scheduled event on the PGA Tour schedule is the Charles Schwab Challenge at Colonial in Fort Worth, Texas, on May 21-24.