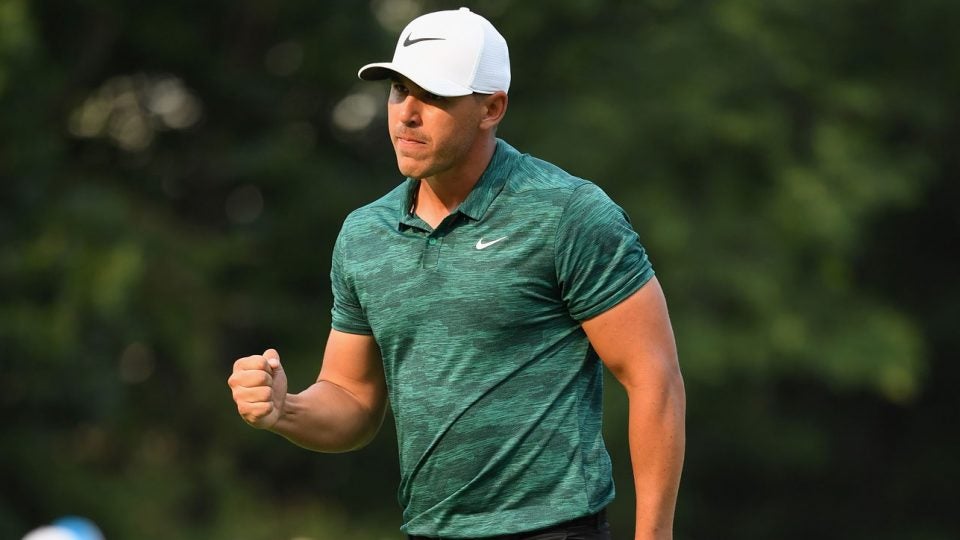 ST. LOUIS — Tiger Woods roared. Brooks Koepka answered. And for the third time in his last six starts, Koepka is a major champion, outclassing the field with a final-round 66 and a two-shot win at Bellerive Country Club.

It was a three-horse race coming down the stretch at the PGA Championship. On the inside track was thoroughbred Brooks Koepka, famously strong and unrelenting, who entered Sunday with a two-shot lead and held steady. Steady is his way; steady and unrelenting. “He’ll keep winning and you guys will keep ignoring him,” coach Claude Harmon told Golf Channel earlier in the week. Koepka hoped to put that to the test.

Then there was Adam Scott, an unlikely contender entering the week. But Scott was playing his best golf in years, determined to show his top form in honor of countryman Jarrod Lyle, who had passed away from leukemia the night before the tournament started. Scott is a major champion with plenty of pedigree but has struggled for years to find consistency with the putter. That remained true going into Sunday, as evidenced by the two — that’s right, two — different putters he carried in his bag. But he, too, rallied through the turn at Bellerive. 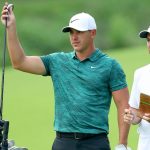 You may also like Winner’s Bag: Brooks Koepka’s mixed bag at the 2018 PGA Championship

And then there was Tiger Woods, four shots back entering a day that had the potential to radically change the narrative of golf’s most-heralded career. Woods was searching for a Sunday rally and a 15th major championship, plus more: the roars around Bellerive suggested that Woods carried the hopes of the entire sporting world on his back.

Scott and Koepka had dueled to a tie through 14 holes; each sat at 14-under after a combined nine birdies in a seven-hole stretch. Woods lurked a single shot back. The rest of the field had faded to irrelevance, with Justin Thomas and Jon Rahm and Francesco Molinari and plenty more lurking in a battle for fourth. But nothing was resolved. Any of the three were in position to seize the win.

It didn’t take long to sort out which of the three that would be. Woods came to the par-5 17th in need of some magic; he found the hazard down the right side instead, dooming his chances despite chopping out a par. Scott hardly faltered, gritted out pars from poor position at 15 and 16. But Koepka stuck an iron close at 15 and poured that putt in before hitting a laserbeam long-iron even closer at the 248-yard par-3 16th. He poured that in, too, to restore his two-shot lead and slam the door on the competition.

Koepka’s steely, affectless demeanor stood in stark contrast to his closest competitors. Woods was charged up and locked in; that much was evident from his screams of delight and fist pumps that brought the house down. Through birdies and bogeys alike, Koepka looked certain who would end the day on top. He heard the roars coming from two groups ahead and methodically plowed on. When he punished a tee shot 338 yards down the 17th fairway, it was all but over.

For Woods, it was a day of what nearly was. His birdie putt on the 11th green seemed certain to drop in but stopped, impossibly close, on the front edge. The crowds around him gave off the same groan when his par look at 14 caught most of the cup but just slung out. But he provided the Bellerive faithful with one last moment of joy when he poured in a 19-footer for birdie at 18. In the end, it was a rollicking eight-birdie final-round six-under 64, tied for the lowest round of the day. It was also the lowest final round in a major championship Woods has shot his entire career. 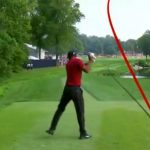 But Koepka would not be denied. Even though he missed a short birdie effort at 17, Scott’s own birdie effort came up just short and low of the hole. That gave the U.S. Open champion an insurmountable two-shot lead heading to 18.

Koepka and Woods, the winner and runner-up (Scott bogeyed 18), met exactly five years ago. The two were paired together in the final round of the 2013 PGA Championship at Oak Hill, though neither contended. “I think everyone my age admired him growing up,” Koepka said afterwards. “He’s the reason I’m playing. It was a bunch of fun to play with him. Nice guy. Hell of a player.”

Sunday, it was Woods that watched as Koepka tapped in on 18 for the win at 16-under 264. “He didn’t just have the driving, he had the iron game, he had the putting and made some key up-and-downs the last couple rounds, I saw, to keep himself in the tournament,” Woods said. “And then end up winning the tournament.”