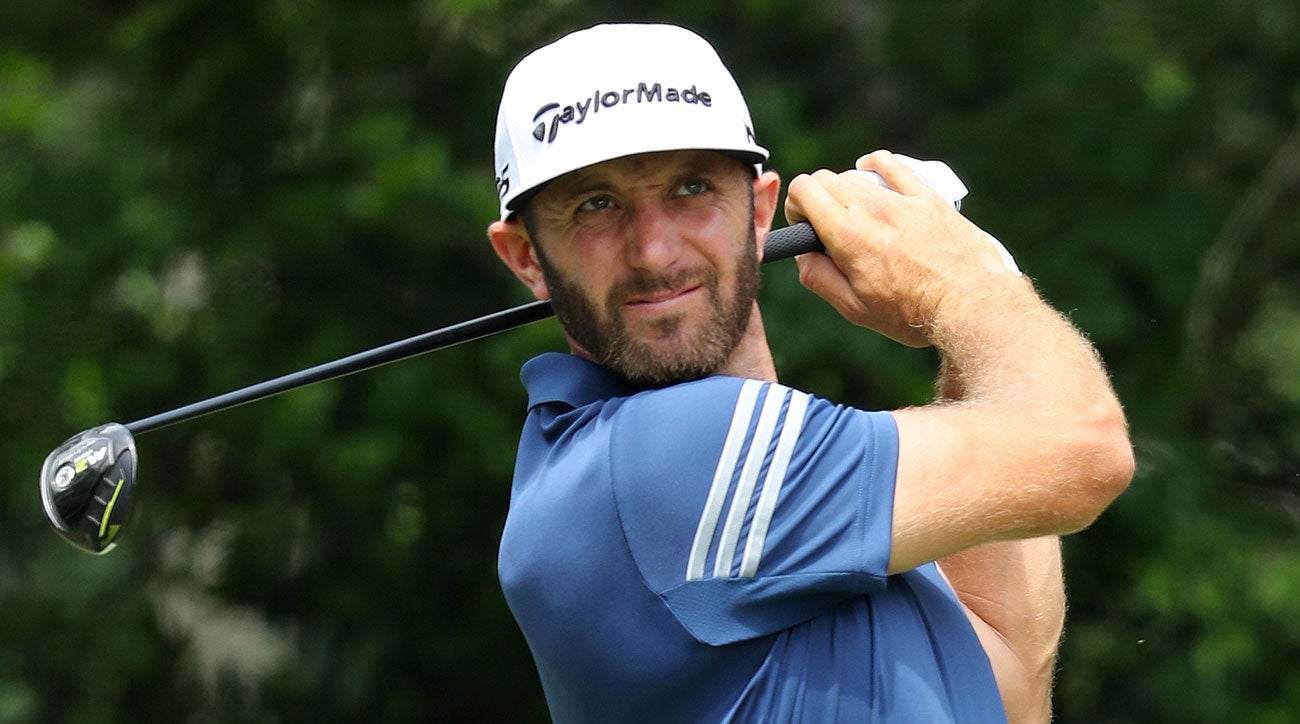 1 of 9
With five podium finishes in his last six starts, including three victories, Johnson's game has been second to none this year. He quickly shook off the rust from a back injury by tying for second at the Wells Fargo Championship, and he still exhibited a lot of positive signs at last week's Players, where he tied for 12th on a course that's given him a lot of trouble in the past. He's definitely a threat to continue his winning ways at the AT&T Byron Nelson, where he's become a consistent contender, finding the top 15 in each of the past three years. As one of the PGA TOUR's top five players in both driving distance and greens in regulation, he definitely makes it easy on himself.
2 of 9
Koepka enters this week on a wave of four consecutive top 20s, so he's in better form than just about anyone. That run includes a tie for 11th at the Masters and a solo second at the Valero Texas Open, so it's not like these have been backdoor finishes - he's been in the thick of it. This week's return to TPC Four Seasons will likely inspire mixed emotions from the Florida State product; while he's found the top 20 in each of the last two editions of the AT&T Byron Nelson, last year's playoff loss to Sergio Garcia may still sting.
3 of 9
Garcia's dramatic win at last month's Masters will go down in history, but it won't stand as his only early-season highlight -- he also triumphed at the Dubai Desert Classic and notched a tie for 12th at the WGC-Mexico Championship, making him one of the most productive players of this season. That all bodes well for his chances at the AT&T Byron Nelson, and with two career wins at the event, including one in last year's edition, his confidence should be through the roof. What's more, Garcia had his best putting week of the 2016 season en route to that victory, and with his always solid tee-to-green game, there should be more low scores in store for him this week.
4 of 9
Finau has picked up a pair of top five finishes in his last five events: a solo fifth at the Valspar Championship and a tie for third at the Valero Texas Open. He did miss the cut at last week's Players Championship, but TPC Sawgrass has been known to trip up a young player or two. Statistically, he ranks fourth on the PGA Tour in strokes gained: off-the-tee and 19th in strokes gained: approach-the-green, so he's a great candidate to rebound this week. With two career top 15s at TPC Four Seasons, he knows what it will take to contend.
5 of 9
Making just his second start since returning from a back injury, Cauley caught fire at the start of last year's AT&T Byron Nelson, opening with rounds of 64 and 65 to claim a share of the 36-hole lead. He didn't win, ultimately settling for a tie for fourth, but the performance did go a long way towards maintaining his PGA Tour card for the remainder of the season. Cauley should be able to turn in a similar performance this week, especially given his momentum - he enters this week on the heels of back-to-back top 10 finishes. He'll never win a putting contest, but at 12th on the PGA Tour in strokes gained: approach-the-green, he's really been feeling it with his irons this season.
6 of 9
A nightmare Sunday caused Day to drop down into a tie for 60th at the Players Championship, but to be fair, TPC Sawgrass has a way of tormenting those who can't summon their A-game. This week's AT&T Byron Nelson will provide him with a more relaxed environment and an easier course. Throw in the fact that Day has notched three career top 10s at this event, including a win in 2010, and this week looks like a great opportunity for him to reestablish his form. Statistically, he's had a rough year, but at least his ball striking has taken a recent turn for the better.
7 of 9
Reed has now notched back-to-back top 25 finishes: a tie for 12th at the Wells Fargo Championship and a tie for 22nd at the Players Championship. Both were up-and-down performances, but at least he's making cuts again. 2017 hasn't been his best statistical year, but as a top 50 player in both strokes gained: off-the-tee and strokes gained: putting, he's scoring well enough. This week's field isn't necessarily a bad one, but he'll definitely have an easier time standing out than he did at TPC Sawgrass. His last two attempts at TPC Four Seasons have been fruitless, but this will be his first appearance since rising to prominence.
8 of 9
Schwartzel has found the top 20 in three of his last five starts, faring well against strong fields at events like the WGC-Dell Technologies Match Play and the Masters. While he did miss the cut at last week's Players Championship, he's never had much success at TPC Sawgrass. His track record at TPC Four Seasons is significantly better -- Schwartzel has gone four-for-four in his career, with a solo third in 2013 and a tie for 11th in 2014. The PGA Tour's advanced statistics don't reflect his seasonal success, but some of his best finishes have come on courses for which shotlink data is unavailable.
9 of 9
For all his good points, it's still a bit hard to get a read on Spieth this week -- he hasn't been dominating this year, and his schedule has only become lighter as the days have gotten longer. Still, with a tie for 11th at the Masters, we know he's capable of mustering some good swings when he does tee it up. While he missed the cut at the Players Championship, consistent success is hard to come by at TPC Sawgrass, and Spieth has never cracked the code. With six career cuts made at the AT&T Byron Nelson, it feels like it's only a matter of time before he figures out how to contend.