#AskAlan: Which player’s career would benefit most from a win at the PGA Championship?

This week, GOLF’s Alan Shipnuck answers your pressing questions about the PGA Championship and its host course, Rory McIlroy’s career trajectory, and the contenders for Player of the Year.

Paris in the spring, St. Louis in August…it’s gonna be a sweaty PGA Championship, but at least many of golf’s biggest names are coming in hot.

Which player’s career benefits the most from winning this major? -@the_fried_egg

Tiger is certainly the easy answer: it would complete one of the greatest comebacks in sports history, give him the victory lap he deserves and restart Woods’s quest to summit Mt. Nicklaus. Taking him out of the conversation, here’s my top-6, in descending order of desperation:

6. Spieth. It would give him the career Grand Slam, continue *his* low-key chase of Jack’s career record, redeem the crackup at Carnoustie and salvage what has otherwise been a lost year.
5. Rahm/Fleetwood. Huge talents who need a major breakthrough to go to the next level.
3. DJ. For such a prolific winner it’s a red flag that he has only one major. He needs to win another major (and then another and…) to fulfill his legacy.
2. Rory. He looks so woebegone these days, but one hot week in steamy St. Louis would send a lightning bolt through the game and renew Rory’s ascent up various all-time lists.
1. Rickie. This is his last major before turning 30. Will the one-time boy wonder ever deliver on his considerable promise?

How are we supposed to cope with this almost-but-not-quite phase of Rory’s career? Has he officially lost his edge?-@ShaneRyanHere

It’s an unsettling time, to be sure. So much life has happened to McIlroy since 2014: breaking up with Caroline W., a nasty lawsuit with his ex-manager, injuries, equipment changes, getting engaged, getting married. While all this played out it was easy to excuse dips in his performance in 2015 and ’16. But over the last couple of seasons his life stabilized and he seems to be happier than ever off the course, so what gives? Some answers are obvious: inconsistent wedge play, shaky putting. But his struggles seem more metaphysical, especially given the awful Sundays at Augusta National and Firestone. We’re all dying to see McIlroy in full flight, and every time he strings together a couple of good rounds Golf Twitter pulsates. But then a meek Sunday performance ensues, and we are collectively sad and let down. My solution is to not get so excited when Rory plays well, which, come to think of it, is a sad way to live. Maybe it’s time we think of McIlroy like a fairy or unicorn: a mythical creature that we’re lucky just to have glimpsed. As for what has happened to his edge, I always refer back to this Arnold Palmer riff on how his ability to win simply vanished: “Once you vary, and you lose that thing … What is it? Sometimes it’s hard to put in place. What is it? I’m not sure I know. I’m not sure Jack knows. … Can you get it back, can you get that thing you can’t put your finger on and get hold of it and choke it and keep it? Boy, that’s a tough deal. … It could be a psychological thing. You say, ‘Well, I’ve done it.’ Then you say, ‘I want to do it again.’ But it isn’t there. You can’t find it. You can’t grasp it. You can’t hold on to it.”

Why is the Centennial PGA Championship being held at Bellerive? #AskAlan-@ScottyGman2

Are you kidding, it’s perfect! This is peak PGA: A course no one is excited about, with minimal history as it relates to the tournament, played in a furnace.

St. Louis has a perpetual inferiority complex, so why is everybody so down on Bellerive before the tourney even starts? @Andrew_Long

Poor Bellerive. It’s not the course’s fault. It’s a perfectly nice, old-fashioned parkland layout. In fact, it’s very much like last week’s venue, Firestone, which is part of the non-enthusiam you detect. Narrow holes, framed by trees and thick rough, leads to boring golf, robbing the game of strategic options and thrilling recovery shots, to say nothing of visual interest. 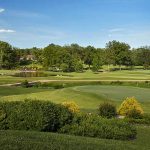 You may also like 13 things you need to know about Bellerive, host of the 2018 PGA Championship

The long-sleeve shirts, the Tiger match, the dancing….sure seems like Phil knows it’s over and is trying to pad his bank account before everyone else figures it out. Will Phil ever win on the PGA Tour again?-@Razorzac

Well, it was only six months ago he won a WGC! It’s certainly been an eventful season for Phil, on and off the course. The guy has always been a capitalist, and you can’t say he’s not good at it: that godforsaken video earned his new shirt company an incalculable amount of free publicity, and if he wins the $10 million match against Tiger that figure will exceed the amount Justin Thomas earned in 2017 as the Tour’s leading money winner. Love him or hate him, Phil remains as relevant as ever, which is rather mind-blowing considering he’s 48 and has been a leading figure in the game for three decades now.

What courses should the PGA host at to differentiate it from the U.S. Open? No one will remember Bellerive. Whistling Straits is a hit. My take: Whistling Straits, Spyglass Hill, Cherry Hills, Grayhawk, Bandon Dunes, and Kiawah.-@JimmyWoodCu

You’re sort of on to something here. Though the PGA occasionally dabbles, the U.S. Open is defined by classic courses. As it should be. With the Chambers Bay/Erin Hills experiments in the rearview mirror, it’s clear that the USGA going forward is consolidating around the best old-school venues. It’s folly for the PGA to try to make inroads here. It would be much smarter to focus on buzzy, cutting-edge newer venues, with Bandon being the archetype. How about Sand Hills? Ballyneal? Friars Head? The Alotian? The PGA has ‘America’ in its name but no other specifics, so how about opening up the event to all of the Americas – North, South and Central? That would put in play Cabot Links, the Olympic Golf Course, Diamante, the Jockey Club and various other exotic courses. Short of going back to match play, which will never happen because of TV concerns, the only way for the PGA to carve out an identity is through imaginative venues that become the star of the show.

Is there a better story so far this year than Georgia Hall and her dad?-@ShootingYourAge

Man, how great was that? A star is born. 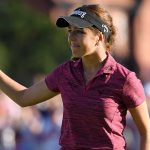 Should Tiger skip the FedEx Cup playoffs and rest his body? #AskAlan-Rajiv (@aarkay123)

The problem for Tiger is that he is desperate to get into the top 50 in the World Ranking by season’s end, which would help set up a better, more coherent schedule in 2019. And after missing most of the last two seasons I don’t think he wants to sit on the sidelines as long as his back is okay. We talked about this in week’s Tour Confidential – I think Tiger’s Sunday fades have been more about mental fatigue than anything going on with his body. To get over that hump he needs to play more, not less.

Seems like the Open proved itself as Tiger’s best chance at another major. He’s surely got no shot at a bomb-and-gouge shootout like the PGA always is, right?-Dan (@djdonof)

Right. The driver is the weakest club in the bag for Tiger, while it’s an awesome source of strength for Dustin, JT, Rahm, Rose, Rory and many other guys Woods is trying to beat. To overcome all of that the rest of his game would have to be flawless, and even then it’s probably too big of an ask.

CPC every day of the week and twice on Sunday.

Who is the current favorite for Player of the Year and should I be worried that it’s Bubba? -@RyanMaas

It’s wiiide open. You can make a case for any of the three-time winners (DJ, JT, Watson) or major championship winners P. Reed or F. Molinari. Koepka missing the first three months of the season hurts his cause, but if he were to win the FedEx Cup he could take POY. Right now there is no favorite – we need one of these six guys to separate themselves at the PGA Championship and/or playoffs.

Is there any player between the ages of Sergio (38) and DJ (34) worthy of the Hall of Fame? -@ScottMichaux

This is a rather specific criteria but there is only one: Justin Rose, who is six months younger than Garcia. Unless we count Adam Scott, who is a slightly more borderline case. But the Hall of Fame ceremonies are now a TV spectacle that desperately needs contemporary players for induction, so every maybe is likely to get the nod.

In recent years Augusta National has tried a modified version of this, mowing the fairways back toward the tee so the grass is grabbier. Making fairways lusher is probably worth a try, though there is only so much you can do without them beginning to play like the first cut. If the fairways at Pebble Beach for next year’s U.S. Open look like Robert Rock’s mane, you’ll know things have gone too far.