Are you not entertained? Afternoon wave produces star-powered Masters leaderboard 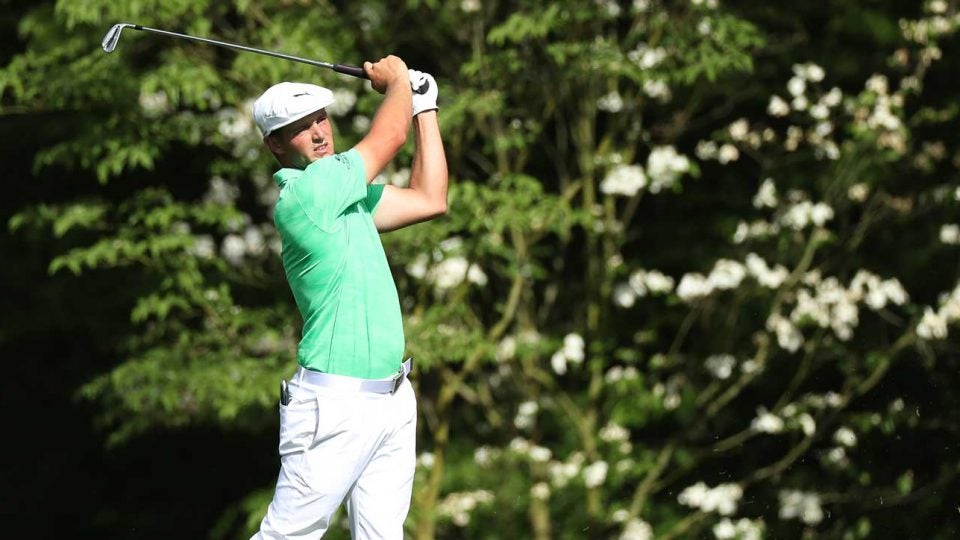 AUGUSTA, Ga. — Every Thursday at the Masters, months of anticipation finally cede to reality. In a matter of hours, we gain a sense of how it will all play out.

Consider Thursday’s 18 holes one helluva start, thanks mostly to a riveting finish by the afternoon wave.

Brooks Koepka, Bryson DeChambeau, Ian Poulter, Phil Mickelson and Dustin Johnson all carded 68s or better from afternoon tee times Thursday, resetting the leaderboard. They saw the 69 posted by Justin Harding (who?) and upped the ante.

DeChambeau crashed into the clubhouse with a nine-birdie 66 that was nearly a 65 if not for his approach on 18 clanging off the base of the flagstick and coming to rest inches from the hole. It was the seventh birdie of a back nine that he eventually called “magical.” Koepka matched him some 30 minutes later, his bogey-free round serving as a reminder that, despite his body weight fluctuating this spring, he still eats majors for dinner.

In between those 66s were Mickelson’s 67 and Johnson’s 68. Poulter’s four under came all of six groups earlier, at the time tying him for the lead. He walked off the 18th green and admitted to reporters he’d expect six or seven under given the conditions. All he had to do was wait.

Tournaments
Tour Confidential Daily: What’s the biggest surprise from Round 1 of the Masters?

These five players atop the leaderboard, you’ll recall, all played in the Ryder Cup in Paris last fall. Three of them are ranked in the top six in the world. Another has three green jackets. One important note: This is often not the case. In the last three Masters, Jordan Spieth and Charley Hoffman alternated holding multiple-stroke leads after 18 holes, hogging the relevancy from the rest of the field. This Masters has been a bit more equitable.

Peer further down the list and it only gets better. Jon Rahm and Adam Scott matched Harding’s 69. Rickie Fowler and Tiger Woods grinded out 70s that felt much more relevant at 3:30 p.m. They’ll remain relevant until told otherwise. Oddly enough, it was Fowler who unintentionally predicted such a close to the afternoon action. “There was five or six [under] out there, no problem,” he said. At the time, Fowler was just one shot back, tied for fifth. Now T11 is where he’ll sleep.

Friday at the Masters is now blessed with a scrumptious leaderboard for breakfast. It begs the question: Where can we go from here? DeChambeau was headed to the range at 8 p.m. Koepka was headed home to a meal from the same trusty chef who cooks for him at all his majors. They’ll get started again in just 15 hours.