Tour Confidential Daily: What’s the biggest surprise from Round 1 of the Masters?

Tiger Woods jumped into the mix in the early wave while stars like Brooks Koepka, Bryson DeChambeau and Phil Mickelson, to name a few, jumped up the Masters leaderboard in the afternoon. Meanwhile, some pros who have played so well at Augusta National Golf Club — looking at you Jordan Spieth and Paul Casey — fell flat. What’s the biggest surprise from Day 1?

Sean Zak, associate editor (@sean_zak): Paul Casey. The guy has played some of the best golf of his life entering this event. Zero birdies and 81, beating only desperate-for-the-senior-tour Angel Cabrera.

Jeff Ritter, digital development editor (@Jeff_Ritter): Koepka’s hat. Also, Koepka’s score. The guy is just relentless in the majors. Should we just start picking him to win every time?

Josh Berhow, senior editor (@Josh_Berhow): Boy, where to start. But since Paul Casey was already taken, I’ll pick Jordan Spieth. I thought he would surprise us. I thought he’d come out and have a good round and make us all feel like idiots for questioning him, but he sputtered out of the gate and now might miss the cut for the first time ever. Five starts and nothing worse than a T11 here, and now a potential MC after a 75? 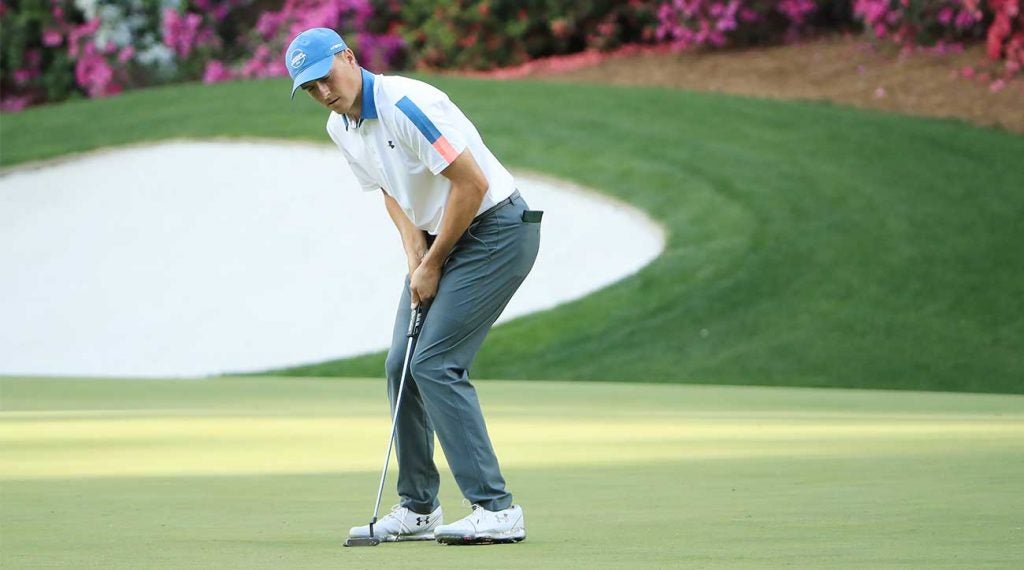 Jordan Spieth reacts to a missed putt during the first round of the Masters.
Getty Images

Jessica Marksbury, multimedia editor (@Jess_Marksbury): BROOKS. KOEPKA. Did he appear in anyone’s picks to win this week? Overlooked, yet again! When will we start banking on him? He shined today. There’s a long way to go, of course, but a stirring opening round for sure — and we know he has staying power.

Jonathan Wall, equipment editor (@jonathanrwall): No way did I see Justin Rose (75) shooting himself out of contention the first day. He arrived with the No. 1 ranking, a win and back-to-back top-10 finishes in his last two starts. I’m not even sure he’ll make the weekend.

Tournaments
Tiger Woods is in the hunt at the 2019 Masters. Here are 10 questions you might be asking

Luke Kerr-Dineen, instruction editor (@LukeKerrDineen): Brooks Koepka! Yes, he’s obviously a great player — it shouldn’t be surprising on that front — but it’s surprising because the guy just keeps showing up at golf’s biggest events, without fail. With all the hype around his 25-pound weight loss I didn’t expect much from this event, especially because of his sub-standard form. But lo and behold, here he is again. In the hunt, wearing a slightly questionable hat, looking as ice-cold as ever as he angles to slip that slimmer frame of his into a new green jacket.

Josh Sens, contributor (@JoshSens): Hard to call a three-time Masters champ a surprise but little in Phil’s form suggested this was coming. On the flip side, Justin Rose’s scruffy start did not seem in the stars.

Dylan Dethier, associate editor (@Dylan_Dethier): Biggest surprise is just how stacked this leaderboard is. You’ve got some of the usual suspects (Brooks, DJ), some blasts from the past (Phil, Poulter), some new blood with breakthrough potential (Bryson, Rahm), and that’s just in the top six. Then there’s a horde of big-timers waiting in the wings — Tiger, Rickie, Day, Fleetwood, Kuchar, Molinari, Finau, Scott are all under par. Game on.