The third round of the 2019 Houston Open is over, and now the players left standing will battle on Sunday for the winner’s trophy. But first let’s review what happened on Saturday at the Golf Club of Houston.

Here’s everything you missed from Round 3 in Humble, Texas.

Griffin launches up the leaderboard

The biggest gainer during Saturday’s third round was unquestionably Lanto Griffin. Griffin began Round 3 at four under and on the outside looking in. But he took the course by storm, making six birdies on the back nine alone.

Despite a late bogey at 18, by the end of the day Grifiin had put together a round of seven-under 65 to reach 11 under and grab a one-shot lead over Mark Hubbard. 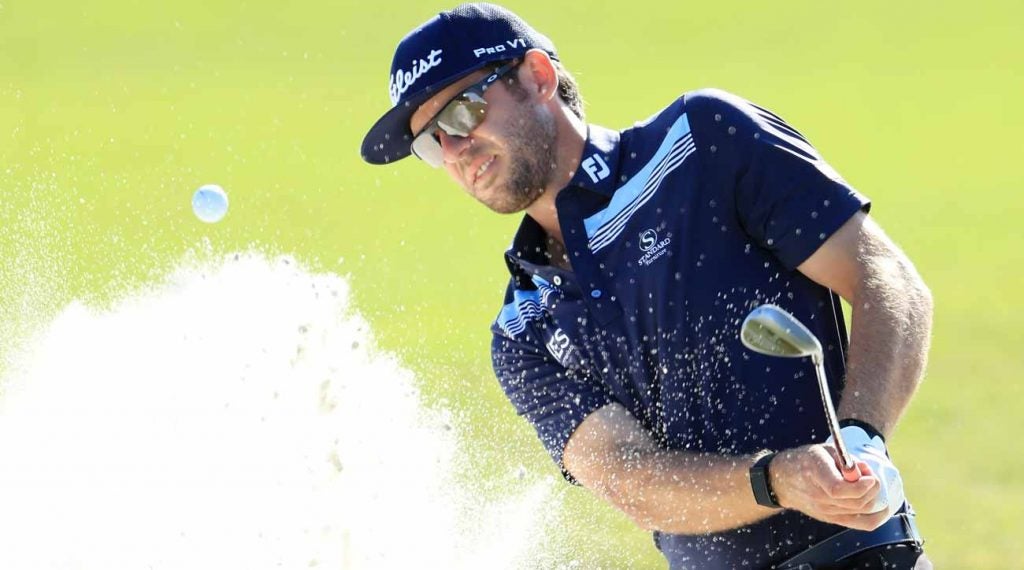 Lanto Griffin takes a one-shot lead in the final round of the 2019 Houston Open.
Getty Images

Malnati remains in contention (and on baby watch)

One of the best stories of the week is Peter Malnati. Malnati had a 65 of his own on Friday to build a two-shot lead by the time the delayed second round finished Saturday morning. The course wasn’t as kind to Malnati at the start of the third round. He made three bogeys over his first five holes to fall out of the lead. But the veteran pro fought back to finish at nine under, two behind Griffin.

Despite the fact that he’s on the verge of his second PGA Tour win, there’s a chance Malnati walks off the course on Sunday, or doesn’t begin at all. That’s because his wife is due with their first child soon, and the new addition to the family could come at any time. Family takes precedence, so he’ll withdraw from the tournament if he gets the call.

Tournaments
Despite holding Houston Open lead, Peter Malnati will drop everything if wife goes into labor

Beau Hossler, who first rose to fame as a 17-year-old amateur at the 2012 U.S. Open, has his eye on a breakthrough victory on Sunday, and there would be few better places for the former Texas Longhorn to claim win No. 1.

The potential triumph would be even more meaningful when you consider Hossler’s recent history at the event. Playing as a rookie at last year’s tournament, he fell just short of a win when Ian Poulter defeated him in a playoff. One piece of good news for the young pro: Poulter chose not to defend his title this week, so Hossler doesn’t have to worry about the Englishman breaking his heart again.