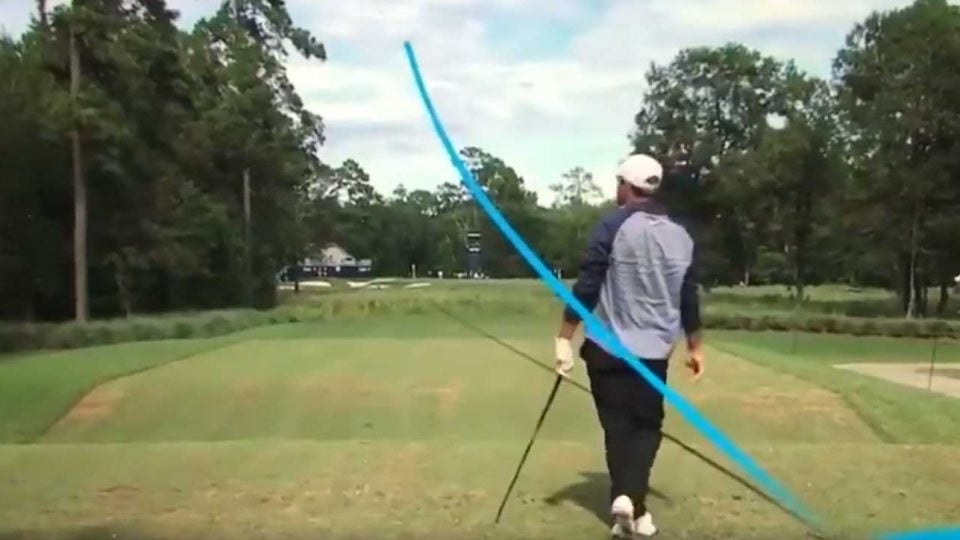 Scottie Scheffler reacts after being distracted by an unruly fan on Friday at the Houston Open.

There are a lot of differences between playing on the Korn Ferry Tour and the PGA Tour. The increased pressure and distractions from much larger crowds at Tour events can lead to a lot of frustration. Rookie Scottie Scheffler found that out the hard way on Friday.

Scheffler won the Korn Ferry Tour’s Nationwide Children’s Hospital Championship in August, which helped him finish on top of the rankings at the Korn Ferry Tour Finals. The award was a fully-exempt PGA Tour card, which Scheffler used to get into the field at this week’s Houston Open.

All of these factors came together on Friday, when Scheffler displayed how the pressure of the big leagues (and the spectators) can wreak havoc on a player’s game.

At the par-3 9th hole at the Golf Club of Houston on Friday, a spectator shouted something from behind the ropes in the middle of Scheffler’s swing. The noise distracted Scheffler enough to cause his back foot to slip, sending his ball careening low and into a left greenside bunker.

The young pro was none-too-pleased, and made it known by firing back at the unruly fan.

“Are you kidding me?” Scheffler yelled back at the obtrusive spectator. “You can’t keep your mouth quiet for five minutes, man? Right in the middle of my swing.”

Scottie Scheffler giving it to a fan... 🤭 pic.twitter.com/vis45FcuDD

Fortunately, Scheffler was able to save par at 9 with a heroic up-and-down, but the rest of his round did not play out how he wanted. A bogey, double-bogey finish gave him a two-over 74 for Round 2, leaving him at one under for the tournament.