This year’s U.S. Open venue, Pebble Beach Golf Links, is a bucket-list golf destination for anyone who loves the game, but did you know that there are three *other* top-notch tracks within the Pebble Beach Resorts family? That’s right. Spyglass Hill, the Links at Spanish Bay and Del Monte Golf Course also call Pebble Beach home.

Here are 15 things to know about Pebble Beach Golf Links’ stellar siblings on the Monterey Peninsula. 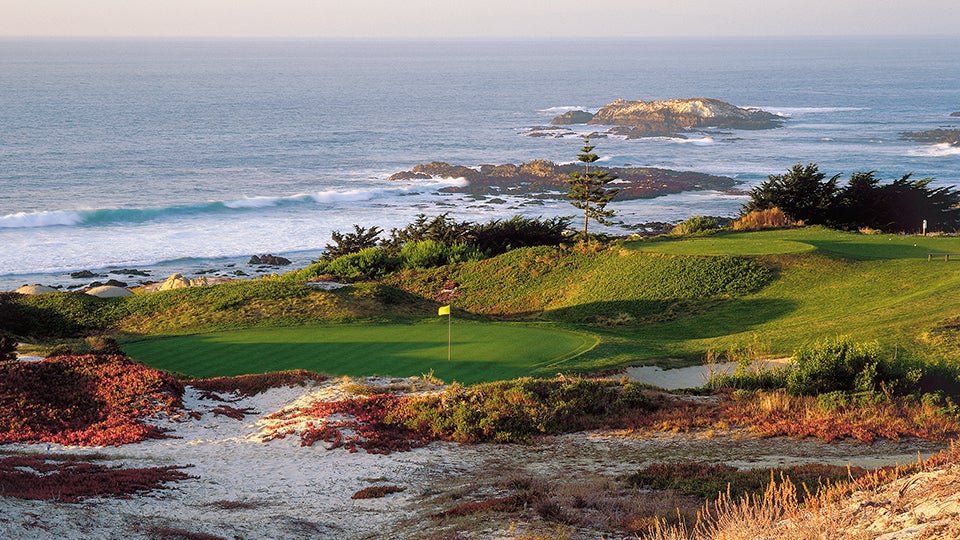 Though Pebble Beach Golf Links tends to steal the spotlight as the top-ranked public course in America, Spyglass Hill is not too shabby, coming in at No. 15 on GOLF’s most recent list.

Spyglass Hill is famous for its juxtaposition of ocean views and dense forestry. The opening five holes offer sweeping Pacific vistas and sand dunes while the closing 13 holes bring you back into the dense Del Monte forest.

3. Spyglass Hill is a mainstay on the AT&T Pebble Beach Pro-Am rota

Every year, the lucky golfers competing in the AT&T Pebble Beach Pro-Am get to play Spyglass, too. 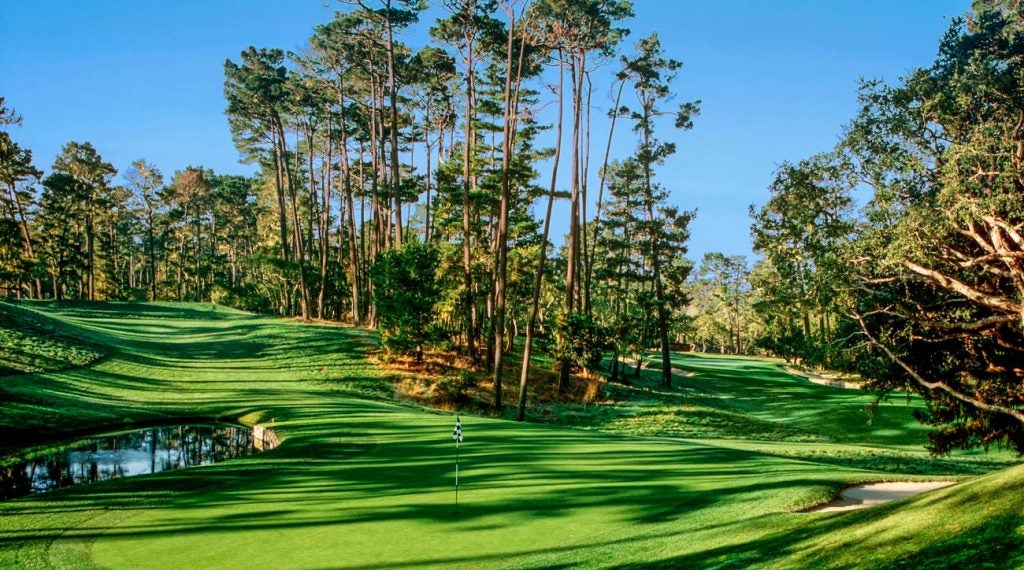 Though Spyglass has yet to host a major championship, the course clearly has fans at the USGA. It has co-hosted the U.S. Amateur twice, most recently in 2018.

5. Spyglass Hill has some 'novel' inspiration

Legend has it that Treasure Island author Robert Louis Stevenson used to roam the dunes that later became Spyglass Hill while he sought inspiration for the famous novel. The Northern California Golf Association helped build Spyglass in 1966, and its name was even inspired by the book. NCGA Executive Director Bob Hanna then took the extra step of naming many of Spyglass Hill’s holes (Captain Smollett, Blind Pew, Billy Bones, etc.) after people and places in the book.

Travel
9 reasons you need to splurge and play Pebble Beach at least once in your lifetime
6. Spyglass Hill is famously tough

Spyglass was originally built to host Northern California Golf Association championships, and just one year after opening, it joined the Bing Crosby National Pro-Am rotation. Crosby himself famously bet Jack Nicklaus that he wouldn’t be able to break par in his first round at the course. The Golden Bear then shot a defiant two-under 70.

But back when the course co-hosted the 1999 U.S. Amateur, not a single player in the field managed to break 70. 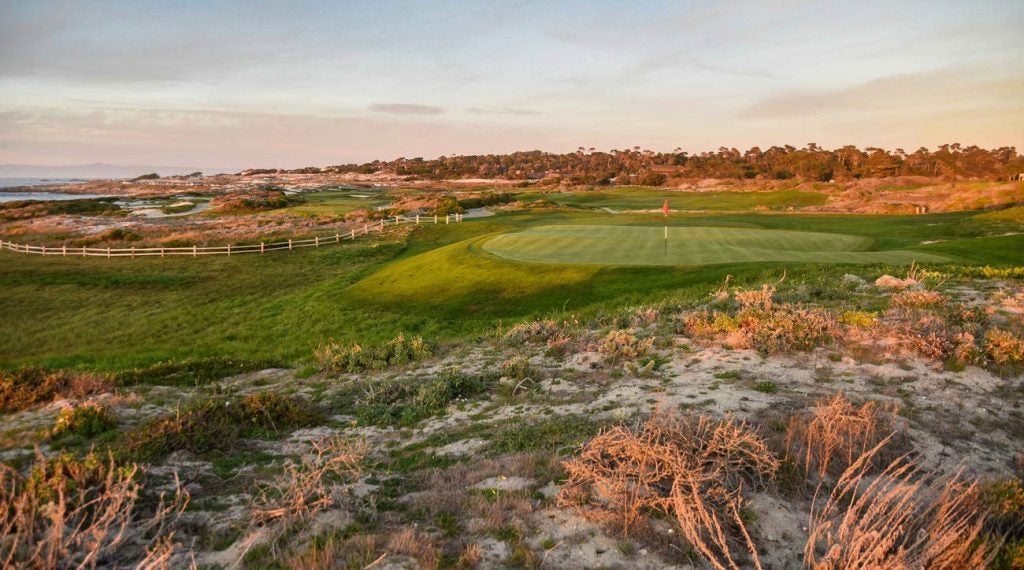 In its previous life, the land that became the Links at Spanish Bay was utilized as a sand-mining operation. As it turned out, that sand base was useful in creating the links-like masterpiece.

8. The Links at Spanish Bay is still relatively young

Opened in 1987, the Links at Spanish Bay is the youngest course in the Pebble Beach Resorts family by two decades!

The rolling, links-like fairways at Spanish Bay were designed by Robert Trent Jones, Jr., Tom Watson and Sandy Tatum to mimic Scottish links courses, and to further punctuate that point, players who finish their rounds at twilight are greeted by the sweet sounds of the course’s own bagpiper.

GOLF’s bi-annual ranking of the Top 100 Courses You Can Play has awarded the Links at Spanish Bay with the 47th spot on the most recent list.

Tournaments
Jack Nicklaus: ‘If I only had one more round to play, I would choose to play it at Pebble Beach’
11. The Links at Spanish Bay has environmental restrictions

If you’re wondering why this beautiful golf course doesn’t host more high-profile events, it’s because the environmentally sensitive habitat areas around it limit gallery traffic to 5,000 people — far too few for a major championship, or even a regular-season PGA Tour event. 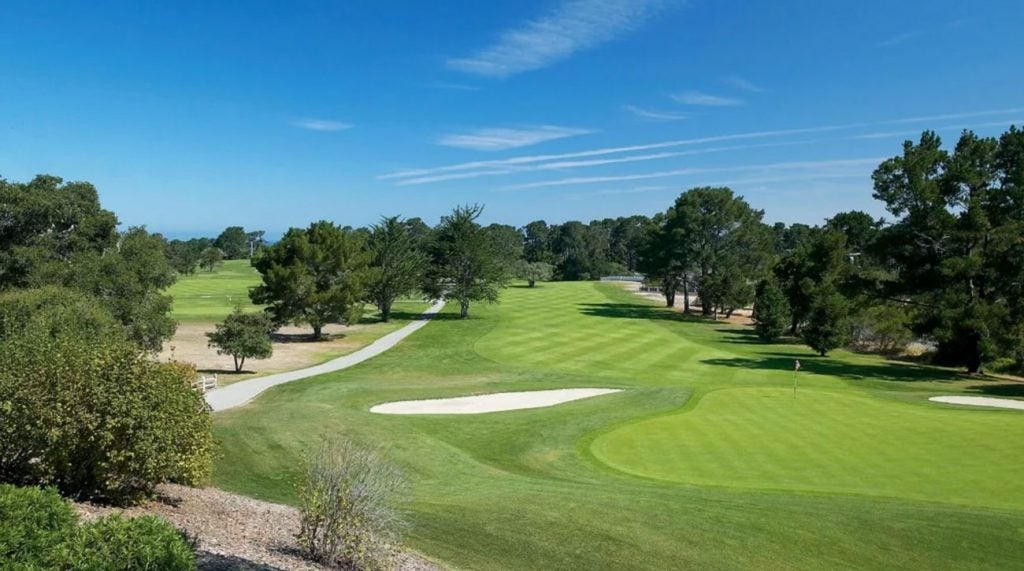 Del Monte Golf Course is the oldest course west of the Mississippi, with its initial nine holes dating back to 1897! Nine additional holes were opened in 1902.

Del Monte hosted the inaugural California State Amateur in 1912, and has continued to host prestigious tournaments for over a century, including the Del Monte Cup, the Pacific Coast Open and the 1916 Western Amateur Championship. Current annual tournaments include the Monterey Open and the Monterey City Amateur. 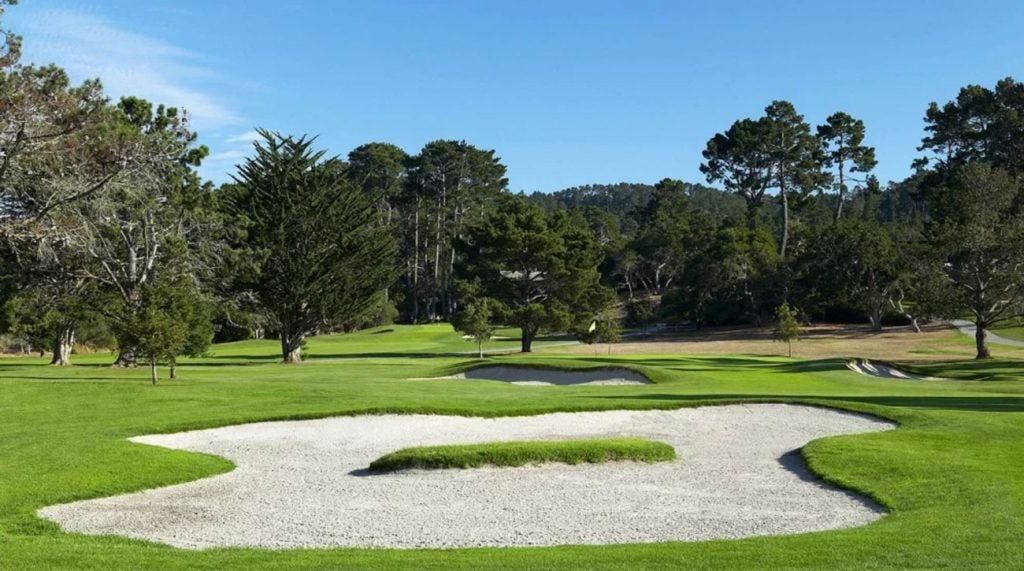 The par-4 5th at Del Monte Golf Course.
pebblebeach.com
14. Del Monte's yardage is short — but that doesn't mean it's easy

15. You can play all three of these courses for *way* less than Pebble

The price to play Pebble Beach Golf Links is famously high, at $550, plus a $45 cart fee for non-resort guests. But its siblings offer more budget-friendly options.

At Spanish Bay, you can expect to pay a $290 greens fee, plus a $45 cart fee is added if you aren’t a Pebble Beach Resort guest.