A round at Pebble Beach costs $550 (plus a $45 cart fee if you aren’t staying at the resort). That’s a lot of money. But there are also lots of reasons it’s worth the splurge. Here are nine.

1. Because on their deathbed, no one ever said, ‘I wish I still had that $550 and those three Titleists I pumped into the Pacific.’

2. Because a steak dinner for two with a good bottle of wine in Monterey could easily run you just as much, and it won’t linger in your memory for nearly as long. 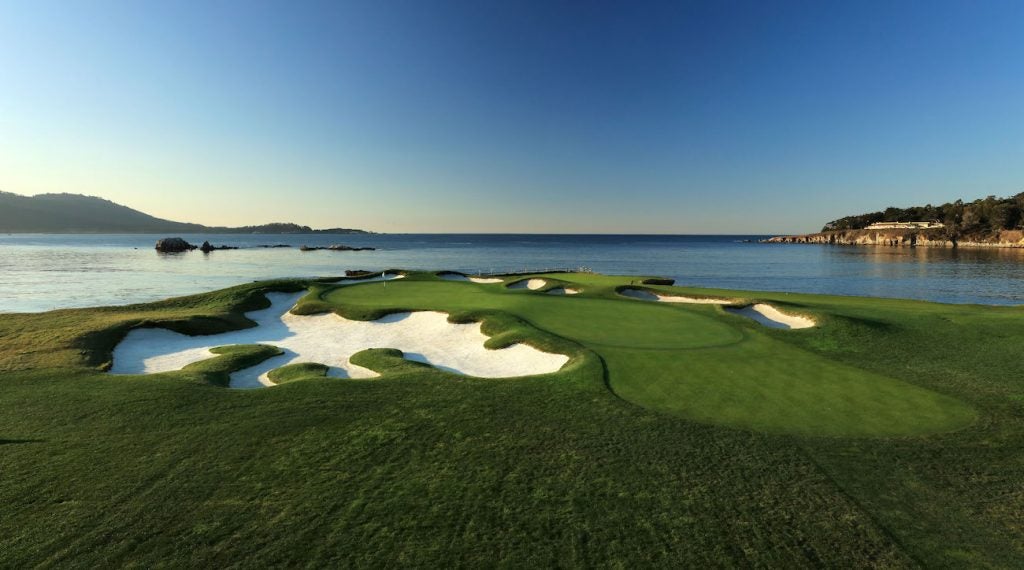 Pebble Beach was the home of the U.S. Open for the sixth time last week.
Getty Images

4. Because your caddie can point out where Dustin Johnson’s drive went missing on the par-4 third hole in 2010, in the midst of a meltdown that cost him a chance at the U.S. Open. Hint: you’ll be struck by just how far left DJ’s tee shot strayed.

5. Because it ranks ninth on GOLF Magazine’s list of Top 100 Courses in the World.

6. Because Jack Nicklaus said if he had just one round left to play, it would be at Pebble.

7. Because what better way to get a sense of Tiger Woods’ greatness than to go around the course where he won the 2000 U.S. Open by 15 strokes, the most dominant performance in major championship history. 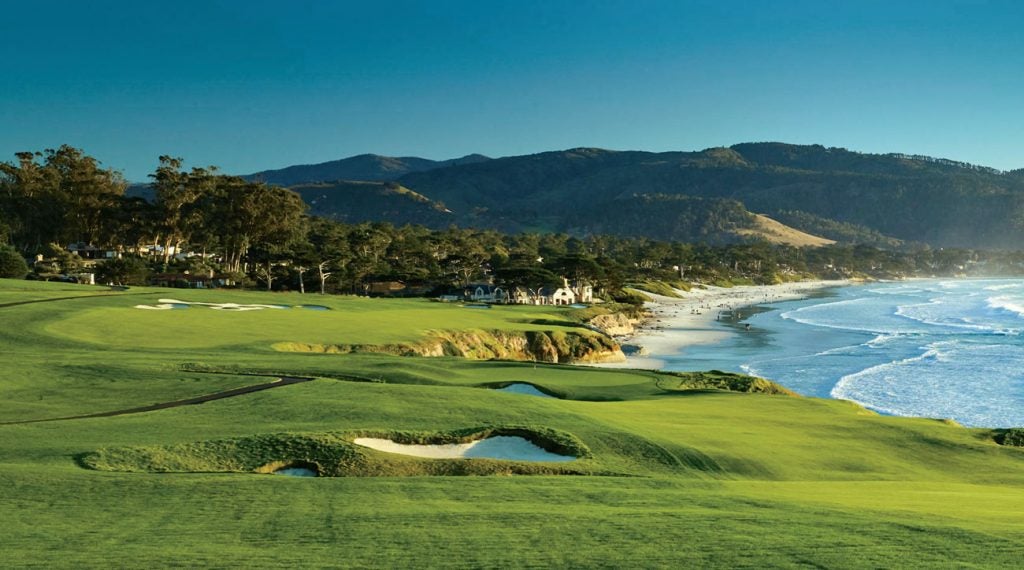 The ninth and 10th holes at Pebble Beach.
John and Jeanine Henebry

9. Because every serious golfer needs a photo of themselves leaning against the wood fence behind the 18th tee.