Jack Nicklaus: ‘If I only had one more round to play, I would choose to play it at Pebble Beach’

I’m not terribly sentimental when it comes to my golf career. Reflection isn’t really my thing. Oh sure, some wins are bigger than others. Some losses are more painful than others, too. But when it comes to courses, Pebble Beach Golf Links, for me, holds a very special place. Why? Well, I won the U.S. Amateur there (1961), I won three Crosby Pro-Ams (’67, ’72, ’73), two Shell matches (’63/Snead, ’95/Watson). And, most notably, I won a U.S. Open at Pebble (’72). I wouldn’t call that sentimental—I just have a great feeling for the place. These photos prove why. 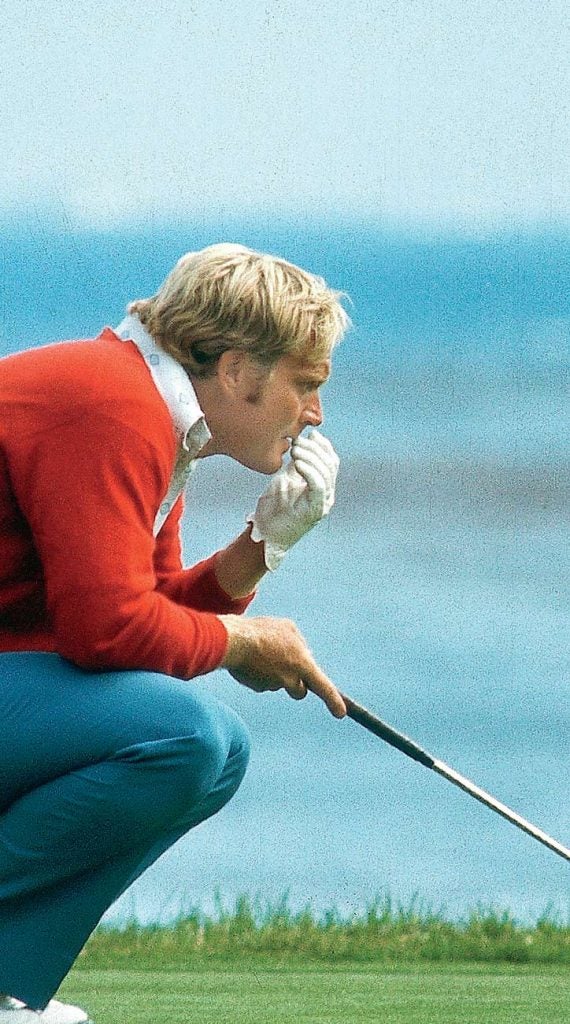 This is on the ninth green on Saturday. No. 9’s a tough hole— 450 yards was big for a par 4 back then. And it was playing tougher than usual that week: the greens in particular were very crusty and difficult to manage. It was the first time the USGA had staged the Open at Pebble, and it caught a lot of grief for setting the course up too hard. I don’t believe it was any harder a setup than usual, but they did dry the course out too much, especially with the way the winds came up. On some greens it was like you couldn’t stop the ball! The wind would actually blow the ball off the putting surface. We had to take all of that into consideration: the lightning speed of the greens, the wind blowing the ball off line, the pull of the ocean. So you can bet I’m concentrating on this putt! I finished the round even par and was even for the tourney going into Sunday, just one ahead of Lee Trevino and a few other guys. I ended up winning my third U.S. Open with a 2-over 290, three strokes ahead of Bruce Crampton, who finished second to me in three majors in ’72-’73. 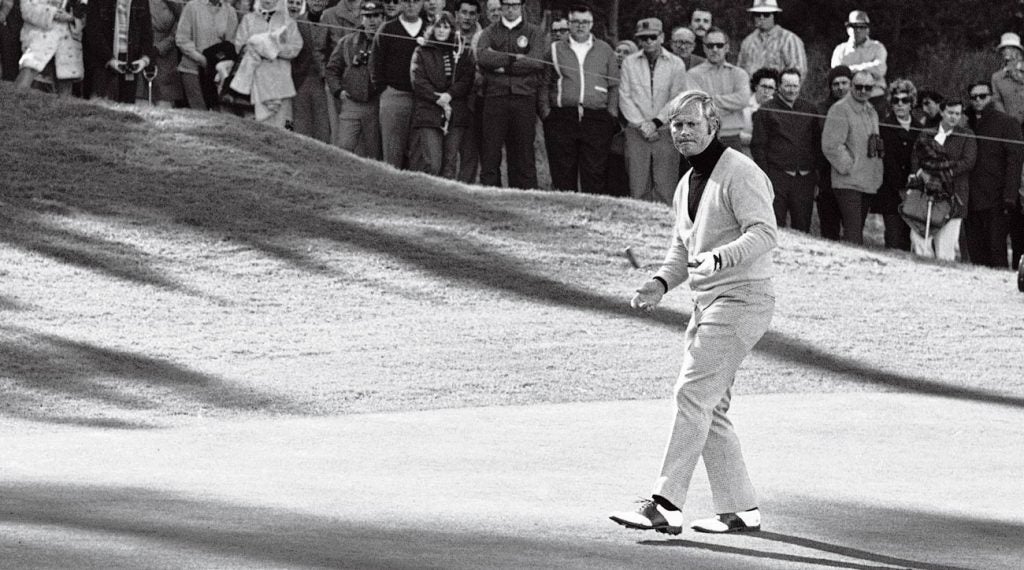 So, I won three tournaments at Pebble in the span of 12 months. That’s not bad. I told you I had a feel for the place. This shot is actually on Cypress Point’s second hole, and the putt’s about to drop in for birdie. I loved it when we used to play Cypress during the Crosby. The combo of Pebble-Cypress-Spyglass during this time was hard to beat. The Clambake was always a good time. Lots of great memories.

I played the Crosby a lot with Bob Hogue, one of the guys that started Muirfield Village with me. Bob was good athlete; played basketball and golf at Ohio State. He wanted to win the Pro-Am so bad, and he would complain because the Crosby was always my first tournament of the season, and every year he complained that my game wasn’t in shape! Well, this time, I actually was playing pretty well. I shot a 69 at Pebble on the first day. Hogue is playing good golf, too. We’re leading the Pro-Am at 14-under or so. Then the wind starts gusting as we come around the corner at No. 15 at Cypress in round two. We card a best-ball double-bogey. We make the same at Nos. 16 and 17. Made par at 18. It was just brutal. The next morning, at Spyglass, we make double-bogey best-ball on the first. I mean, c’mon! We end up missing the cut in the team competition, but even with those four doubles I went on to win the individual title, beating Johnny Miller in a playoff. It was a crazy week. 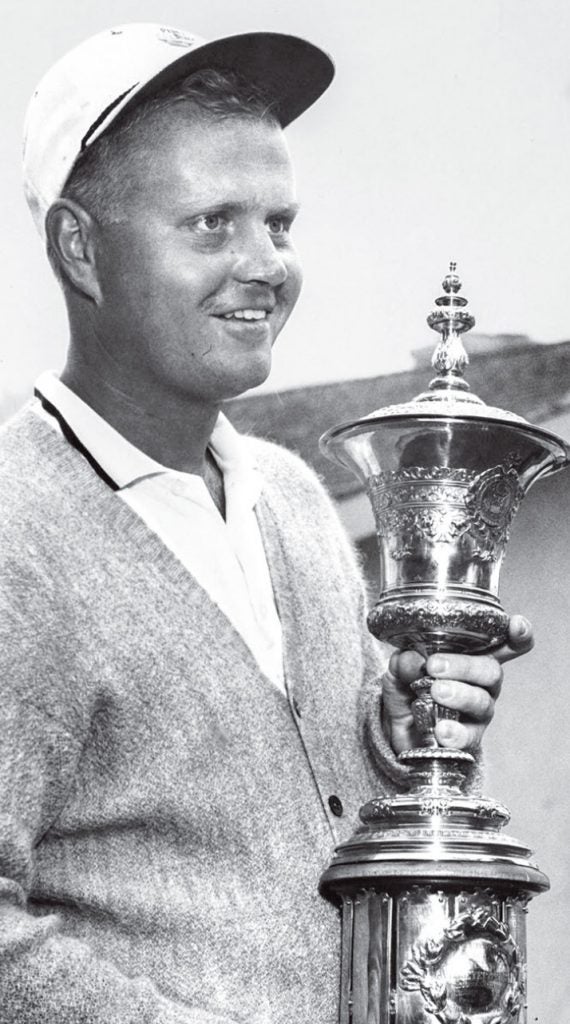 Back in those days, the U.S. Amateur was all match play. I think you had to win seven or eight matches to win the tournament. I played really well. I saw the 18th hole only twice all week, in the semifinals and the final, both of which were 36-hole matches.

That was also famously the first week Deane Beman convinced me to walk-off the course before the round to gauge yardages. Nobody but him ever did that before, and he asked me to try it. I finished every single round that week under par. I thought that was pretty good at Pebble Beach. So that sort of convinced me that walking-off the golf course was a smart idea. 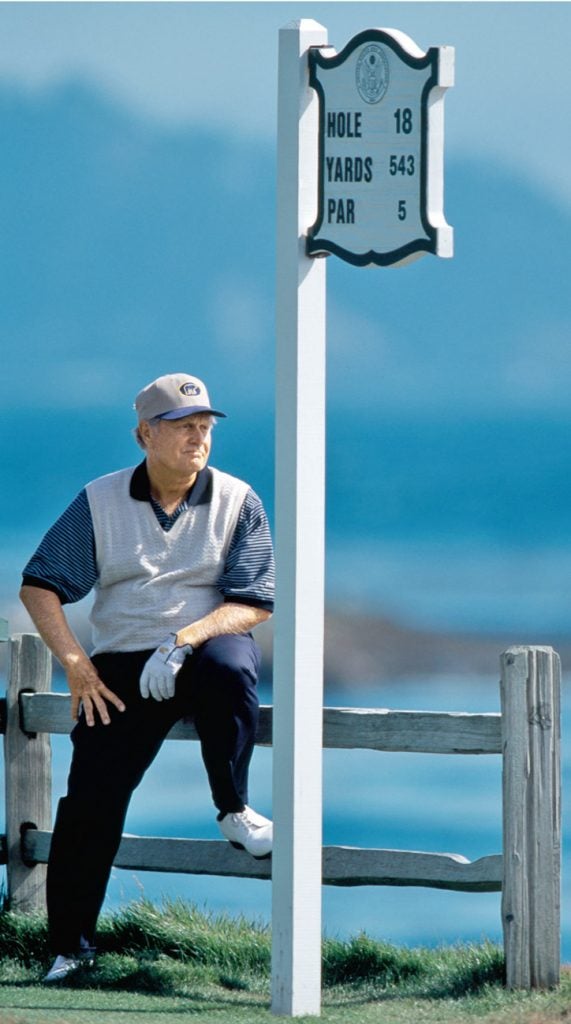 Nicklaus at the 2000 U.S. Open at Pebble Beach.
PGA of America via Getty Images

I don’t normally orchestrate things like this, but I purposely went and sat on the rail on the 18th tee box because I figured someone would snap a photo. Seriously, I prefer to just let moments like that sort of happen. But I did it on purpose, if for the only reason that I wanted this picture.

After a moment, I get up, tee the ball and hit a pretty good drive. It’s my final hole at the U.S. Open. I’m going to miss the cut. What do I care? So I decide to go for the green in two. No. 18 played about 550 yards that year. I hit a 3-wood and made it. I get up there and now I have tears in my eyes and I’m sort of half-crying. The emotion is getting to me. I hit my putt fat and left it 15 feet short. I missed the next one, too. So, I three-putted my last green in my last U.S. Open. 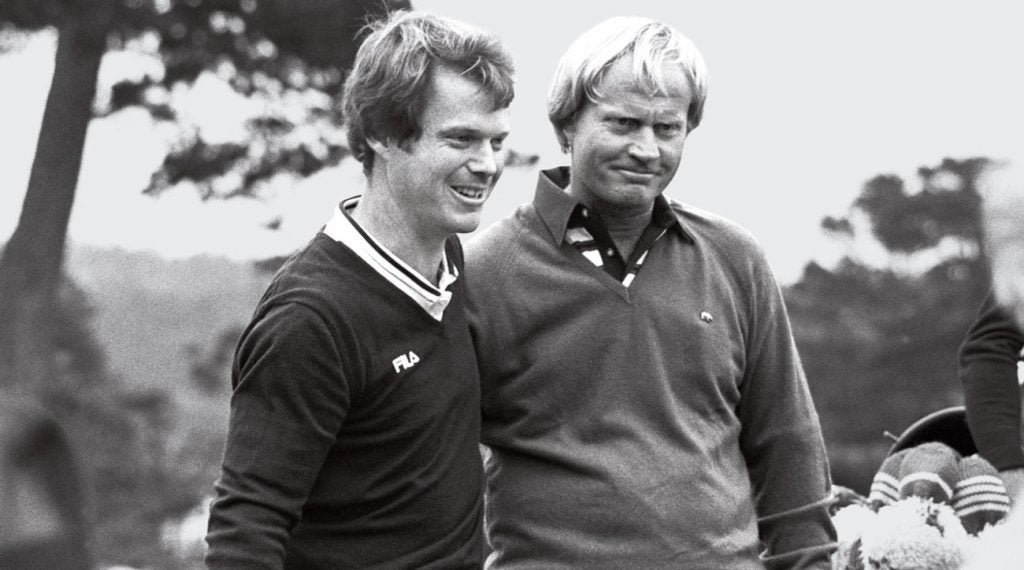 The Golden Bear with Tom Watson at the 1982 U.S. Open.
Bettman Archives

I can laugh about it now, but I was pretty upset at the time. Jack Whitaker was interviewing me on the 18th green, after my round in ’82, when it looked like I was going to win the U.S. Open. He was saying, “Jack, it’s been a privilege to be in your time. Congratulations on your fifth U.S. Open,” and then this noise comes up from 17. We turn around to look at the monitors, and Watson is running across the green! There was no way to get the ball close from where was, let alone chip it in. He makes bogey 9 times out of 10. Not that day. 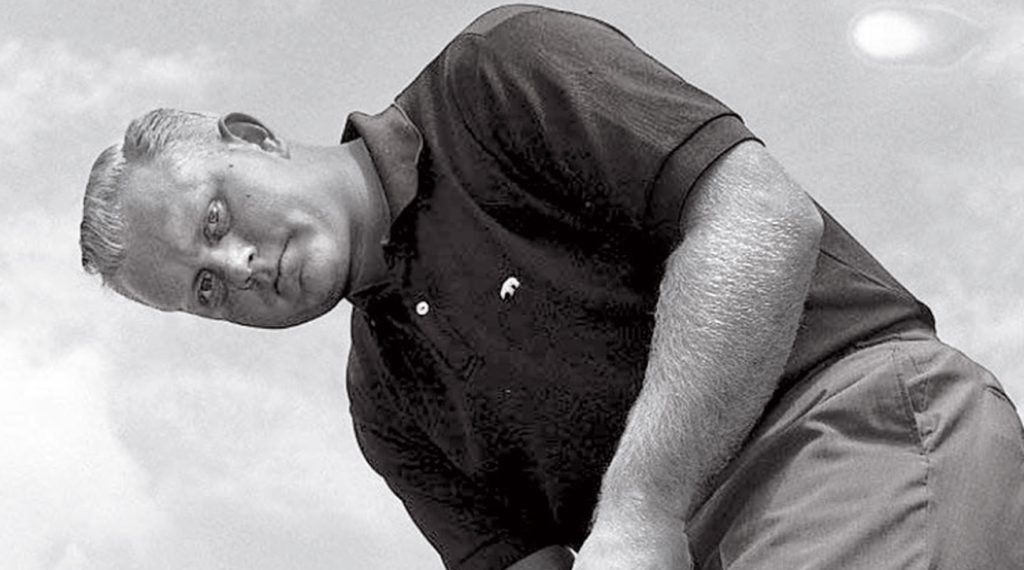 This is early in my Pebble career. Hard to believe so much time has passed! A few years ago, Jim Nantz asked me to come out and do an event for his father for Alzheimer’s. He said, “Come out. Do a bucket list trip. Bring your boys.” Which I did. Gary couldn’t make it, but the rest came. I wouldn’t call any place a bucket-list trip— except Pebble. 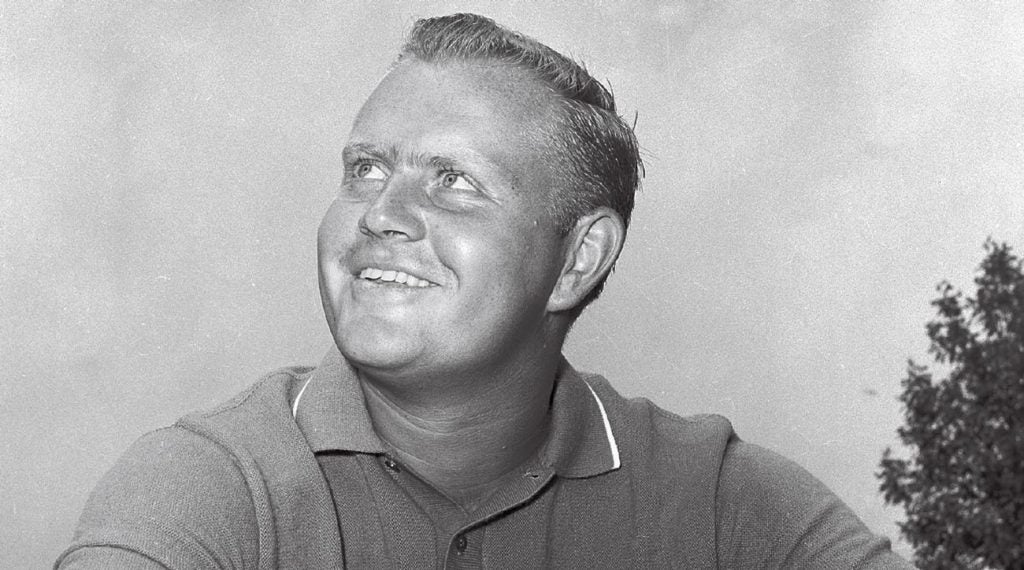 My most embarrassing moment in golf probably happened at Pebble Beach. It was my birthday, which was always around the time of the Crosby. We were having a little party in a room behind the 18th green. I didn’t drink during tournaments, but somebody was probably having a drink.

So, the phone rings. It was a friend of mine from San Francisco, a fellow named John Swanson. He used to play with Tom Weiskopf every year. “Hey Jack, Happy Birthday. How’s it going so far?” And there’s all this noise going on. I can hear the noise in the background. He says, “Somebody wants to say hello to you.” This guy gets on the phone and he starts singing “Happy Birthday” to me. He goes through the whole thing. And I’m sitting there, because I can’t recognize hardly anything. And I’m sort of irritated. I said, “To whom am I speaking, please?” He goes, “Oh Jack, it’s Bing Crosby. I just wanted to wish you a happy birthday.” You want to crawl under the table, you know!? You don’t get Bing Crosby to sing “Happy Birthday” to you very often. It’s part of that Pebble magic.