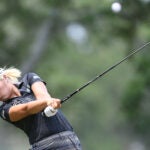 Check in every week for the unfiltered opinions of our writers and editors as they break down the hottest topics in the sport, and join the conversation by tweeting us @golf_com. This week, we discuss this week’s U.S. Women’s Open, Viktor Hovland’s victory at the Mayakoba Golf Classic, Peter Alliss’ passing and more.

1. The U.S. Women’s Open, the final major of the golf year, kicks off this week at Champions Golf Club in Houston. Among the main storylines — December major! Two courses! Loaded field! — which are you most excited to see play out?

Josh Sens, senior writer (@JoshSens): I’m an unwavering Lydia Ko fan. My favorite player to watch, male or female, for the attitude she brings and the game she plays, dissecting courses instead of overpowering them. She’s managed to pull herself up out of a death spiral. I’d love to see her cap that resurgence with another major.

Dylan Dethier, senior writer (@dylan_dethier): Brooke Henderson. She’s been all around contention and remains a joy to watch — the swing, the demeanor, the earnest effort. There’s an excellent chance Henderson’s in contention Sunday, and if she is, we’ll be better off for it.

Michael Bamberger, senior writer: I’m excited for the opportunity this presents for the women: a first-rate field, a celebrated course – and nothing else on the golf calendar with which the women have to compete. To borrow a theme from another Texas golfer (Matt McConaughey), this is a greenlight situation for women’s golf.

Nick Piastowski, senior editor (@nickpia): I agree with Michael. The best in women’s golf are getting the stage all to themselves. Should be exciting. Not only is next week’s U.S. men’s event a non-Tour tournament, it’s also December, when a good chunk of the golfing country is not playing golf, but certainly wanting to watch it.

Alan Shipnuck, senior writer (@AlanShipnuck): Yes to all of the above, but I’m still anxiously awaiting Nelly Korda’s breakthrough. Hopefully this is the week.

2. How much do you suspect the two-course setup changed the dynamic of the event and the approach of the players?

Sens: A bit more preparation for the players and their caddies, but I think that’s being overplayed as a story. The tournament organizers and the grounds crews have every bit as big an adjustment on their hands.

Dethier: I don’t love the two-course setup just because it’s fun to learn one course as a viewer over the course of a week. The result won’t be anything too dramatic — just a slightly more dispersed early week feel. But come Sunday, the setup won’t take anything away from what we can hope is a dramatic conclusion.

Bamberger: I agree, Dylan. It was a creative and necessary approach for Thursday and Friday and won’t matter at all come Sunday.

Piastowski: I could possibly see the players who play Cypress Creek on Friday, and then again on Saturday on Sunday when the whole field plays the same course, build a little momentum and familiarity. But for the viewer, by Sunday, it won’t matter.

Shipnuck: Yeah, the golf fan at home doesn’t have much institutional knowledge of Champions so no one is going to be too bent out of shape watching one course or the other.

3. Viktor Hovland rallied to win the Mayakoba Golf Classic with a one-stroke victory over Aaron Wise. We’ve seen exceptional play this year from a handful of the game’s young stars — Hovland, Collin Morikawa, Matt Wolff, among others. From what you saw in 2020, which of the up-and-comers are we most likely to see on top of the game in 2030?

Sens: 2030? Nearly nine years is an eternity in golf. But I’ll go with Morikawa. Such a pure, simple swing.

Dethier: The smart money is on Morikawa, who’s the best ball-striker and seems to have the most bulletproof game. But it was such a joy to see Hovland win at Mayakoba that I’m eager for him to get in contention again and again and again.

Bamberger: They’re all great talents. But looking ahead nine years? That gets to drive, ambition, health and how OCD you are for golf. My pure guess is Wolff. Or Hovland. And if not either of those, Morikawa.

Piastowski: Charlie Woods! He’ll be 21 then! Kidding. Maybe. I’m going to go with Wolff. He’s the biggest hitter of the bunch. And they’re telling me that distance is the thing now.

Shipnuck: As Michael suggests, that’s a lifetime away. Tour players are now peaking younger and fading away faster. Let’s just hope all three are still productive in 2030.

4. Brooks Koepka this week said Dustin Johnson’s stretch of golf this year — in which he won, in order, the Travelers Championship, the Northern Trust, the Tour Championship and the Masters — “will probably go down as one of the best maybe six months we’ve seen in a long time.” Where do you rank that run among the other great heaters in Tour history?

Sens: Impressive. Still a notch or two below the Tiger Slam of ’99-2000, not to mention that little run Woods went on in 2006-07, when he won seven in a row, including two majors. But yeah. Of our current crop of alphas, no one does dominant stretches like DJ.

Dethier: Since Tiger in ’07 would qualify as “a long time” in my mind, I’m with Koepka. Jordan Spieth, Rory McIlroy and Jason Day (don’t sleep on Jason Day!) have each put together hot stretches in the past decade, but when you take a peek at Johnson’s run of form — T12-T2-1-2-T3-T6-T2-1, with a green jacket and a FedEx Cup in that stretch — it’s a good time to be DJ.

Bamberger: I’m sure Koepka is correct, except for one thing: I don’t see this run ever coming up as a barroom/Twitterverse conversation. He won a November Masters. That people will remember forever.

Piastowski: It’s up there, no doubt. The thing is, I think this stretch is going to continue for a while.

Shipnuck: It’s really a five-year run during which DJ has conquered two citadels (Oakmont and Augusta) and won 16 times, including four WGCs and four playoff events, to say nothing of taking a FedEx Cup and two POYs. That’s a Hall of Fame career right there.

5. Legendary golf broadcaster Peter Alliss died Saturday at the age of 89. For a generation across the pond, he was the voice of golf. (And he wasn’t too shabby a player – he played in eight Ryder Cups.) What can/should the next generation of commentators learn from Alliss’ style?

Sens: His frankness, for one. What Hemingway said about internal B.S.-detectors – golf fans have that, too. They can tell when something’s being dumbed down or sugar-coated. But the thing that can’t be learned, the thing that Alliss just had, was a great, droll sense of humor and a keen sense when to use it. Not just anyone can replicate that.

Bamberger: Totally agree, Josh. Alliss did not take the game or himself too seriously. There’s an epidemic of that, these days, in golf and way beyond it.

Dethier: I admired his curiosity. Nothing is more contagious than curiosity, and he was genuinely entertained by golf’s little stuff. To Sens’ point, that meant that when he was excited, it was believable, and when he was unimpressed, that was believable too. It all added up for better, more genuine viewing.

Piastowski: I agree with all of the above! I’ll add the conversational style, as if you were sitting next to the man in an English pub watching golf. He’ll be missed.

Shipnuck: Also an economy of words, made more powerful by his intonation. When he would sigh, “Oh, dear,” after a bad shot, it was more powerful than a paragraph of big words.

6. We released our list of the best golf courses in every state, which followed our Top 100 Courses in the U.S. list. Now that you’ve had some time to digest the rankings, what’s the one course on our list your aching to play in 2021 and why?

Sens: Just one? Damn. I’ll go with Lawsonia Links. Everyone I know who has played it raves about it. The quality of the design. The friendly atmosphere. The price! After that, as a big Mike Strantz fan, I’d say Tobacco Road, which didn’t make our Top 100 U.S. but made our best in North Carolina list. It’s one of those courses that people seem to either outright love or outright scratch their heads at. I’m figuring I’ll fall into the former camp

Dethier: I just moved to Seattle, so I’m eager for a massive Bandon trip, but that’s obvious. A more intriguing addition in my mind was Rock Creek Cattle Co. in Deer Lodge, Montana. The views look ridiculous, and the thought of a golf road trip to Big Sky country has me feeling all tingly.

Bamberger: One? One is not fair. I refuse to participate. In the name of Chicago G.C. and all that his holy, I refuse! Just because the stamp of American golf’s original genius is all over it, that is not reason enough to list it above so many others deserving of mention in this august space. I refuse to play your little game, Tour Confidential!

Piastowski: I do agree with Michael – there are so many I want to play! So if any of these fine courses are reading this and would like to extend an invite, I’m in! But I’ve always wanted to play Sand Hills. I even drove up Crenshaw Drive a few years back to look around. Maybe next year!