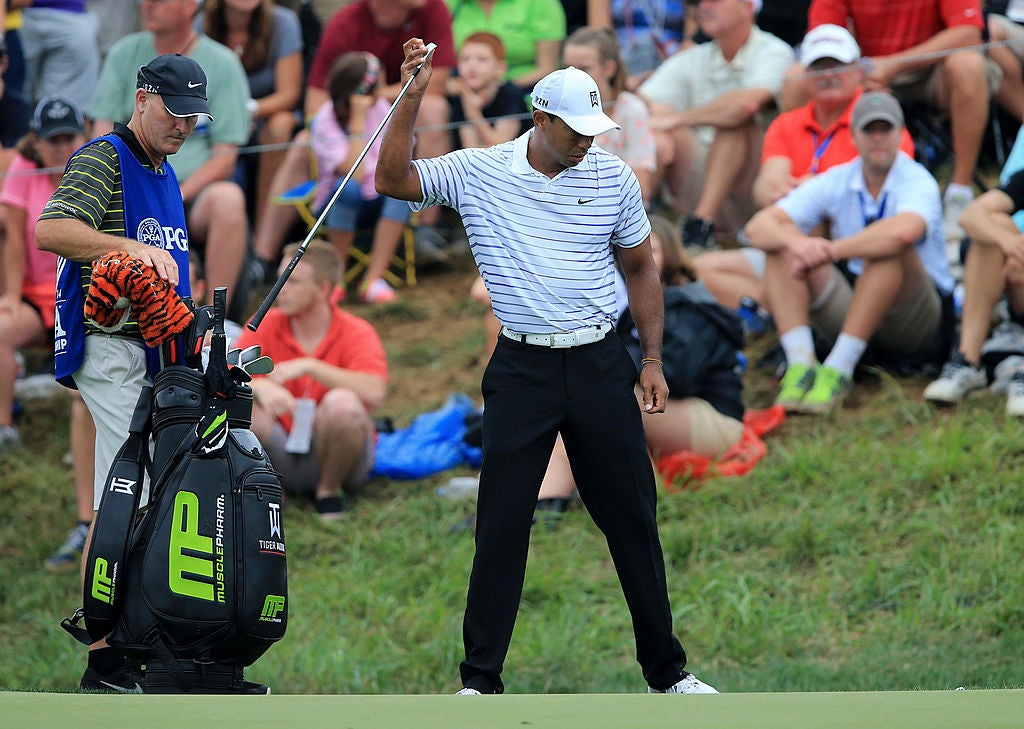 The company paid Woods $2.5 million to terminate the deal that began in June 2014, though according to an SEC filing from May 19, Woods still was owed $7 million by the Denver-based company, as of March 31. A day after that filing, the Denver Post reported that MusclePharm was being sued $65 million by Capstone Nutrition for a “breach of contract.”

The original deal with Woods earned MusclePharm space on Woods’s golf bag for 15 tournaments from the day the contract was effective, July 1, 2014. Woods played all four rounds in just eight of those events.

MusclePharm stock rose to $14 following its 2014 partnership with Woods, but the company recently has fallen on hard times and is now trading at a fraction of that price. It was originally reported that Woods might have his own line of MusclePharm products, but that never materialized.

Before MusclePharm, Woods had bag sponsorships with Fuse Science, AT&T, Buick and Titleist. According to one estimate, he made nearly $50 million in on- and off-course earnings in 2015.

Woods, 40, is recovering from back surgery and has not announced when he’ll return to competitive golf. Woods’s representatives did not respond to GOLF.com’s request for comment.