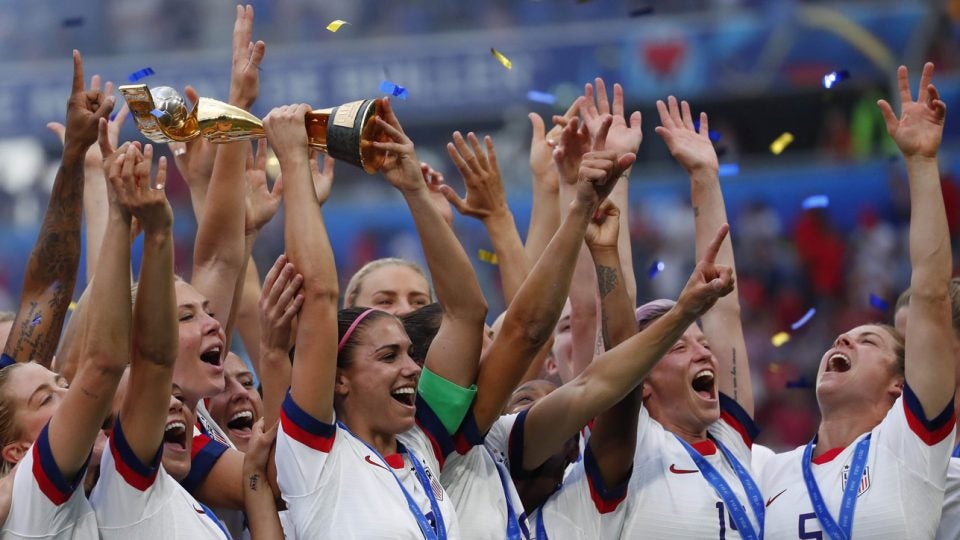 The U.S. women’s national soccer team captured its second straight and record fourth World Cup title on Sunday in France with a 2-0 victory over the Netherlands. And the USWNT had a big fan from the golf world watching back home: Tiger Woods.

The 15-time major champion, who just returned to victory this past April at the Masters, took to Twitter to congratulate the women on their triumphant performance. It sounds like Woods, who hasn’t played golf since last month’s U.S. Open, didn’t miss any of the tournament.

Congratulations to the @USWNT on winning the Women's World Cup. The Woods family didn't miss a minute. A championship effort today and amazing play all Tournament. So happy for all of you.

Tiger will be looking for glory later this month in Europe when he returns to the golf world and partakes in the Open Championship at Royal Portrush in Northern Ireland, the fourth and final major of the season. Woods is going for his fourth Open Championship title and first since 2006. He finished T6 at last year’s tournament.

But Woods wasn’t the only pro golfer to offer his or her congratulations and support for the USWNT after their win on Sunday. Even social media savant Phil Mickelson got in on the applause for the women winning it all.