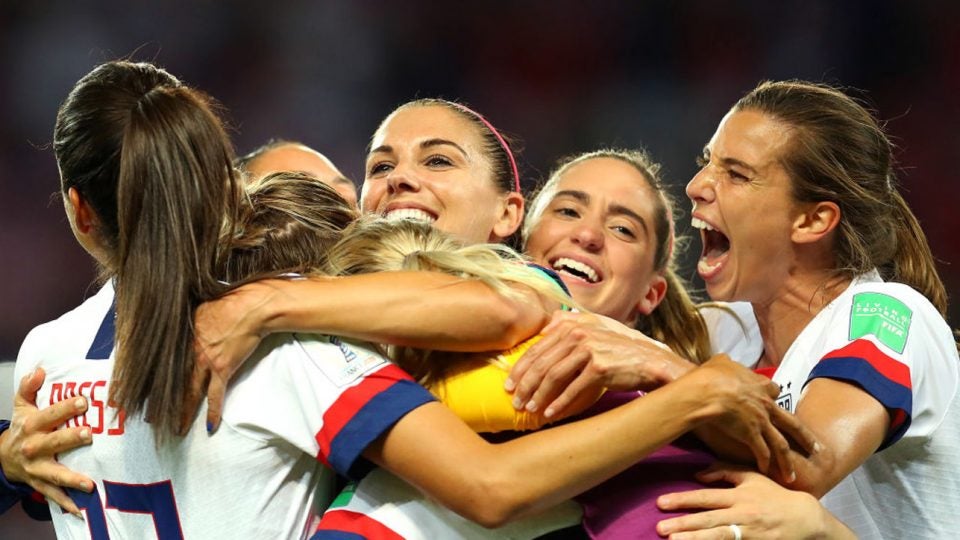 The United States women’s national soccer team is chasing back-to-back World Cup titles this summer at the 2019 FIFA Women’s World Cup in France. The squad, which has yet to lose any of its matches so far in the tournament, is looking for a record fourth World Cup title.

The USWNT started the tournament by winning all three of its matches in group play to capture Group F, then opened up the knockout stage with a pair of 2-1 victories over Spain and the host country France. Now, the U.S. will face England in the semifinals on Tuesday with a berth in Sunday’s World Cup final on the line.

As it happens, the USWNT has some ties to golf, some more direct than others. Here are five golfy things you probably didn’t know about the U.S. women’s national soccer team.

1. After the USWNT defeated Thailand 13-0 in its first Group F match, a heated debate ensued over whether or not the U.S. should’ve dialed back its scoring and goal celebrations once the game was out of reach. In the following game against Chile, striker Carli Lloyd sent a message to the team’s haters by doing just a simple golf clap after scoring off a corner kick.

Carli Lloyd with the banger and polite golf clap at the end 😂
(via @FOXSoccer) pic.twitter.com/cTW3t4XnNB

3. Alex Morgan has a pretty solid golf swing. Watch and judge for yourself.

.@alexmorgan13 gets it done on the soccer field and the driving range. 👌 #WomensWorldCup pic.twitter.com/kjE0bq5Htn

4. Morgan supports the game in other ways, too. She’s a PGA Junior League ambassador with NBA star and avid golfer Stephen Curry.

5. American and English Tour pros are getting in on the fun with a little money action. Eddie Pepperell and Joel Dahmen have a wager on Tuesday’s match.