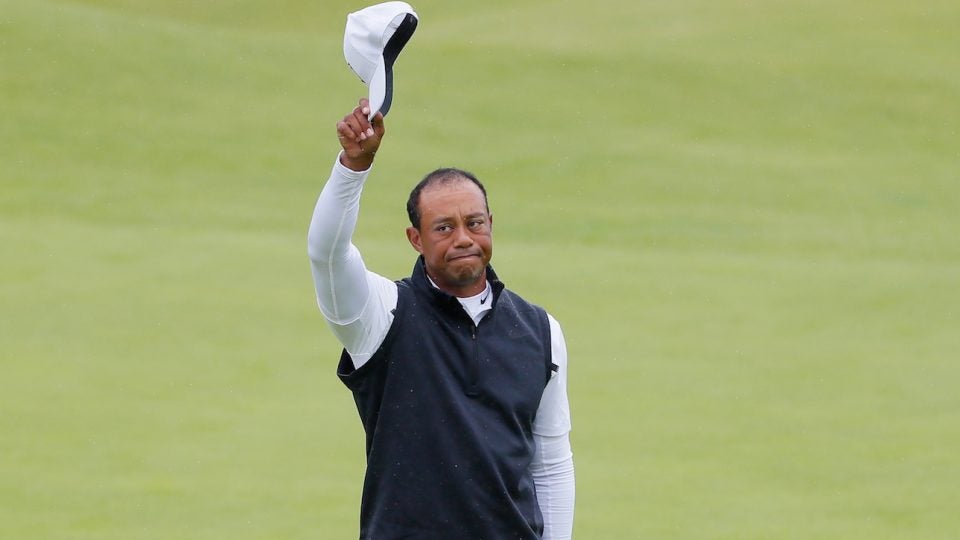 Tiger Woods reacts on the 18th green during the second round of the Open Championship.
Kevin C. Cox/Getty Images

Tiger Woods will be heading home from Portrush a few days early. The writing was on the wall from the first tee shot on Thursday. A pull to the left and a wince proved it would be an uphill battle. His seven-over 78 all but assured this fate.

Thursday’s round left more than a few grumblings about the health of the 43-year-old Masters winner after he signed for a 78, his worst opening round at the Open in his career. Still, while he won’t be around to see the weekend, Woods came out sharper on Friday. He birdied nos. 1 and 6 before bogeying 7. In the end, Woods shot 70 on the day, good for six over on the tournament, still well off the potential cut line.

What made Friday different from Thursday? He took a page out of Ben Hogan’s book.

“I just torqued my setup differently, just tried to make some minor changes swing-wise,” Woods said after his round. “Because let’s be honest, I don’t have the flexibility I used to have, and never will. So I’m going to have to make those adaptations.

“If you look at what Hogan did with his setup, it looked not square at all but he was able to flush it. So I have to make certain adaptations on certain things, and with the cooler temperatures I was able to do that.”

This is the new reality for Woods, constantly having to consider the limitations of his body. Hogan won three majors, including the Open Championship, in 1953 at the age of 40. Tiger, entering his mid-40s with a body aged beyond his years, will likely continue making similar tweaks in order to put himself in position to contend in the future.