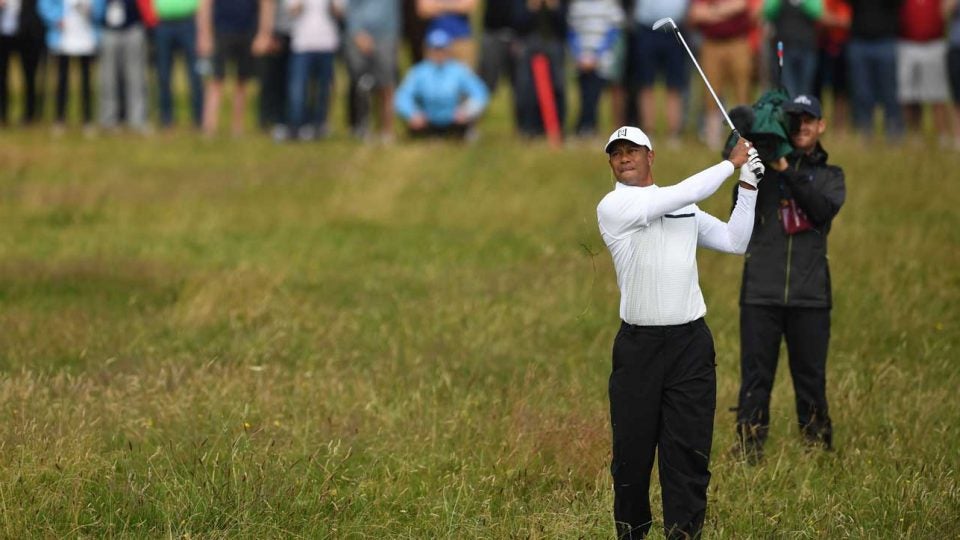 Woods' major season is now over. It was a memorable one, though.
Getty Images

Friday was a much different day for Tiger Woods at Royal Portrush. The reigning Masters champ took eight strokes off his first-round score and carded a one-under 70, but it wasn’t enough to make the cut in Northern Ireland.

Day 2 was different for Woods from the 1st hole, where he made birdie. On Thursday it took him 15 holes to notch the first circle on his scorecard. He looked like a different player altogether during the second round — his swing stronger, his gait smoother. There was no grimacing Friday. Birdies followed.

Second birdie of the day for @TigerWoods #TheOpen

Knowing he’d need at least a 66 to make the cut, Woods added a birdie on 6. When he bogeyed the par-5 7th, his chances were diminished. But then Woods birdied both 10 and 11 with great putts to start the back nine.

At the par-5 12th, Woods missed the fairway left, then was unable to move forward and into the fairway, playing yet another shot from the fescue, nullifying what was a decent birdie opportunity. Woods played the three par-5s in a collective two over for the week. He wound up multiple strokes short of the cutline at six over for the week.

His frustration was obvious on 17 when he was forced to hack out of the rough. Following that effort, he wheeled around and swung his club through the air in anger.

Woods’ fate was sealed when he missed the green left on 17 Friday afternoon, leading to a bogey. He’d leave Portrush in a whimper with bogey on 18 as well. 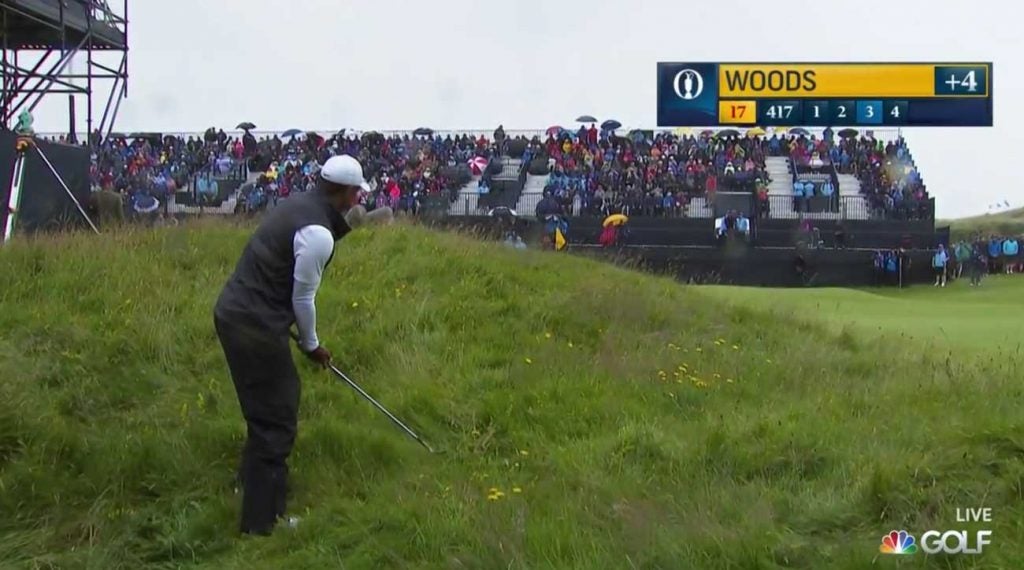 This was not the position Woods needed to be in if he wanted to rally to make the cut.

Woods ended up playing more practice holes at Portrush this week than competitive ones. He admitted early in the week that he wasn’t feeling great with where his game was at, and he proved it during a brutal first round. It was too much to overcome.

Where will we see him next? Woods said Friday he will not play in next week’s WGC-FedEx St. Jude Invitational. So his next start will most likely come in the FedEx Cup Playoffs begin during the first week of August.