The surprising way Bryson DeChambeau is prepping for the Masters 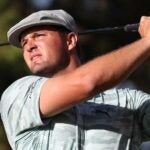 Between the end of last week’s Shriners Hospitals for Children Open and the Masters, there are four PGA Tour tournaments. This week’s CJ Cup. Next week’s Zozo Championship. The Bermuda Championship at the end of the month. The Houston Open the first week of November.

Bryson DeChambeau will play in zero.

He walked off the 18th green at TPC Summerlin last Sunday. He began marching toward the 1st tee at Augusta National. No PGA Tour event in between. From after his U.S. Open win at Winged Foot, to the Masters, he will have played in just the Shriners.

“It’s going to be just trying to figure more stuff out as always,” DeChambeau said last Sunday of his preparation.

“I still got some equipment stuff coming in the next two months, that’s mainly why I’m taking it off,” he said in response to another question. “I feel like the advantages that I usually have could be much improved upon with the equipment, and we don’t have it yet, but we’re diligently working on it behind the scenes. I’ll have that in a couple weeks, we’ll prototype and test it and see if it works. If it doesn’t, we’ll go back and tool it and hopefully have it ready for Augusta.”

“I’m going to be working out like crazy,” he said. “This first week back home, I’m not really going to touch a club too much and going to be training pretty hard and getting myself up to hopefully around 245, something like that, in weight. Be the first time I’ve ever done that, so I’m going to be consuming a lot and working out a lot and see what can go from there.”

Weeks 2 through 4 of Masters prep. Hitting. Lots of hitting. Lots of driver hitting, too. DeChambeau had said earlier last week that he might use a 48-inch driver at Augusta. Which would give him even more length off the tee.

“I don’t know how many drivers I’ll hit, but I’ll hit as many as I need to,” DeChambeau said. “And from a speed-training perspective, I could probably go upwards of over 1,000 to probably 2,000, around 2,000 drives the next four weeks trying to get my speed up.”

Sometime during weeks 2 through 4 of Masters prep: a round at Augusta. DeChambeau has played the Masters three times and finished 21st in 2016, 38th in 2018 and 29th last year.

“Yeah, yeah, I’ll play a practice round with a good friend of mine, and we’ll have some fun and see what I can do,” he said.

Weeks 1 through 4 of Masters prep. Recalculation. This year’s Masters will be his first with his bigger weight, and with it, his bigger distance.