Everything you need to know for Sunday at the Mayakoba Classic 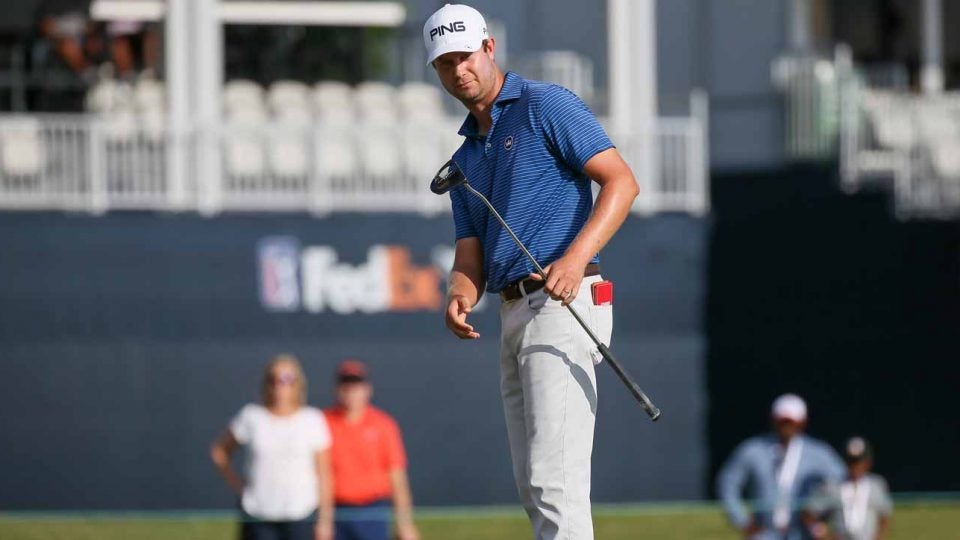 Harris English, one of the steadiest performers of the PGA Tour’s fall season, leads the Mayakoba Golf Classic at the midway mark.

After nearly 10 inches of rain cancelled Thursday’s play at the Mayakoba Golf Classic, the second round was pushed to Saturday. Here’s everything you need to know through 36 holes at El Camaleon Golf Club.

Harris English hadn’t posted a top-10 on the PGA Tour in a year and a half before the 2019-20’s fall season kicked off. Now he’s coming off three top-10s in four weeks — and threatening to challenge for his first victory since 2013.

English is off to a blistering start at Mayakoba, firing rounds of 65-64 by way of 14 birdies against a single bogey.

His last PGA Tour victory came at the 2013 FedEx St. Jude Classic — but he also won at Mayakoba that year, too.

Vaughn Taylor is the closest player in English’s rearview mirror, lurking just a single shot back after rounds of 64-66. Brendon Todd, fresh off a win at the Bermuda Championship, is staying hot and sits solo third (63-68) at 11 under.

Danny Lee, Adam Long and Robby Shelton are T4 at 10 under. Long made four bogeys on his first nine but closed with five birdies in his final six holes to stay in contention.

We’d love if nobody would miss the cut — but then making it wouldn’t be so special. There were a couple heartbreakers on the wrong side of the number this week. El Tucan, who you know well from his role as Matt Kuchar’s winning caddie last year at Mayakoba, missed the cut by two on the bag of Rob Oppenheim.

Even more heartbreaking was the saga of Russell Henley, who thought he’d opened with rounds of 66-69 to leap into contention before realizing that he’d actually violated the One Ball Rule — resulting in eight penalty strokes and an MC by just a single heartbreaking shot.

With 36 holes left to play, it’s safe to say there will be plenty of golf played Sunday at Mayakoba. Play begins in threesomes off split tees at 7 a.m., with the leaders going off at 9:10 a.m. You can see complete Sunday Round 3 tee times below.