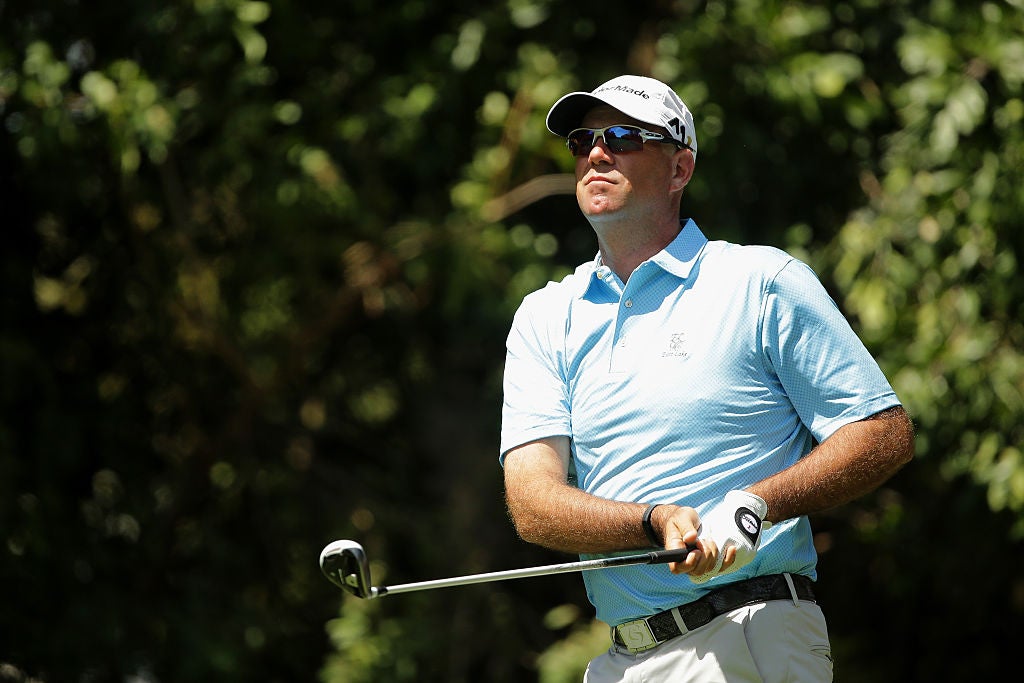 Stewart Cink is playing his first PGA Tour event since his wife Lisa was diagnosed with cancer in April.
Getty Images // Mike Lawrie

Stewart Cink returned to the PGA Tour this week to salvage “pieces of normal” during his wife Lisa’s battle with breast cancer.

The 43-year-old Cink is playing the Dean & DeLuca Invitational at Colonial this week, his first event since announcing that he would stepping away from the game earlier this month to focus on caring for his wife, but according to Golfweek’s Adam Schupak, Lisa has “forced” Cink out of the house to play golf multiple times.

“I’ve played quite a bit,” Cink said. “I thought golf would give me a chance to get away from reality for a little while, but that’s not the case at all. When I go to the golf course, she’s all I think about.”

Lisa began chemotherapy on May 10 and so far has reportedly suffered only mild side effects. Her second round of treatment is scheduled for May 31. Stewart has been blogging throughout the trying weeks since the diagnosis on Lisa’s site at CaringBridge.com.

“Earlier this month, I didn’t feel like I’d ever want to play again,” Cink said. “Now we have a handle on what it is, and we know what we’re dealing with and what to expect.”

In his first 18 PGA Tour holes since the RBC Heritage in April, Cink shot a 2-over 72 Thursday.