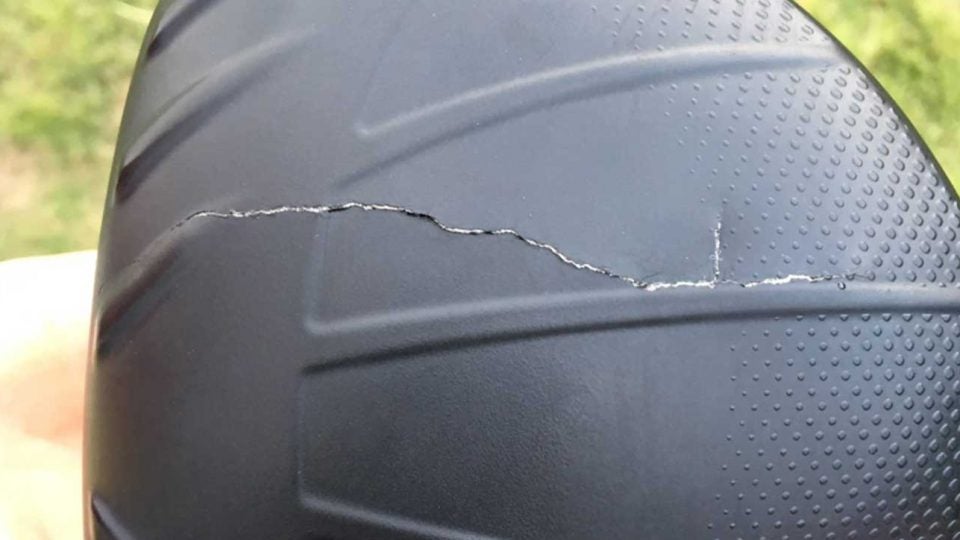 When Stanford freshman Daulet Tuleubayev hit his first drive in Tuesday’s NCAA match play semifinal against Vanderbilt, he knew something was off.

Never mind the shot had drifted right, Tueleubayev and his coach immediately suspected a larger issue.

“First drive I pushed it a little to the right, and it sounded funny,” Tuleubayev said to Golfweek after the match. “I didn’t think of it too much. Coach said, ‘Was that a crack?’”

When the two learned that the sound was, indeed, a result of a crack, they approached the rules official seeking to replace the club. The rules official informed them, though, he could only replace a “damaged” driver and not a “cracked” one.

The USGA has yet to respond to GOLF.com’s request to clarify the distinction between “damaged” and “cracked” in this instance.

Needless to say, Tuleubayev wasn’t happy with that explanation, calling it “a little ridiculous.” But he soldiered on, hitting driver four more times until the club became truly unplayable.

That’s when his coach, Conrad Ray, approached the official again, saying: “If this isn’t broken, I don’t know what is.”

The pro shop on site didn’t have his exact club head, which gave Tuleuvayev trepidation. Eventually, Tuleubayev got his exact driver head in time to find a groove on the back-nine.

The chaos of his day didn’t stop there, though. Notched in a tight battle, Tuleubayev was penalized on 17 when he accidentally moved his ball while putting narrowly off the green. He lost the hole. The lead was down to just 1 up.

Tuleubayev cracked his driver at 1, had to use it until it later caved and he got help getting a replacement.
Makes the team appreciate the bounce back from the penalty at 17, with a clutch putt to finish, that much sweeter. Stanford to match play finals for 1st time ever pic.twitter.com/yoDXt6ZOJb

“I was thinking some expletives in my head,” he said to Golf Channel. “That was pretty annoying.

“Coach Ray just, he did a fantastic job of getting me back in shape. He said, ‘Look, you’re still 1 up, 18th hole. Just two solid shots and we can secure the win.”

And he did just that — sending Stanford to the match play finals for the first time in school history — sinking a 20-footer. He let out that roller coaster of emotions with a fiery fist pump and a scream.