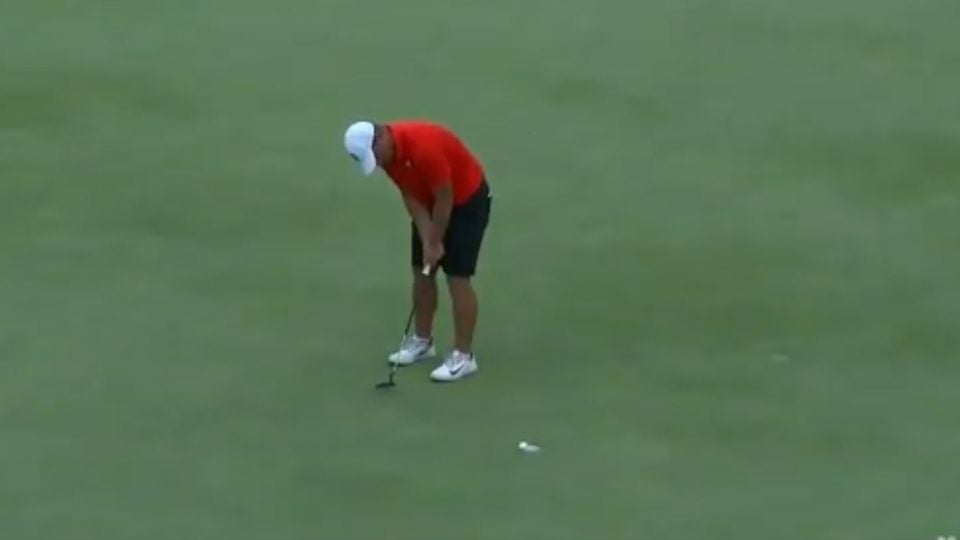 Oklahoma State's Zach Bauchou misses a thre-footer to hand the match to Texas in the NCAA semi-finals.

The Oklahoma State men’s golf team’s attempt to win back-to-back NCAA Championships came to a shocking end on Tuesday, with an upset defeat at the hands of the University of Texas.

OSU, who won the 2018 title, sported a high-octane lineup in the 2019 tournament that included reigning U.S. Amateur champion Victor Hovland, as well as Matthew Wolff, who just a day prior had won the individual title with a dominant performance.

But that top-tier firepower wasn’t enough to get the Sooners back to the final. After cruising to an enormous lead in the stroke-play portion of the event, OSU faced off against the Texas in the semi-finals on Tuesday.

Hovland did his part by winning his Tuesday match, but his star teammate did not fare as well. Wolff lost his match 4 and 3 to Texas’ Cole Hammer. In the end, it all came down to one final match between Zach Bauchou of Oklahoma and Longhorns senior Steven Chervony.

The match between Bachou and Chervony was tight all day, with the two players trading leads. On the 18th hole, Chervony drained a clutch 15-footer for birdie to force the match into extra holes.

The players then went back to the par-4 1st hole to continue the match. Chervony made a stress-free 4 after his approach settled 15 feet away from the hole. That left Bachou with a three-footer for par to continue the match. But shockingly Bachou’s ball did a 180 around the edge of the cup and failed to drop, handing the match to Chervony, and the win to Texas.

Texas will now face off against Stanford in the final to determine the 2019 men’s golf champion, something that former Stanford star Tiger Woods made note of on Twitter:

Congrats to the @stanfordmgolf team on getting to the finals. Making us all proud! I’ll be rooting for you boys tomorrow. #GoCard