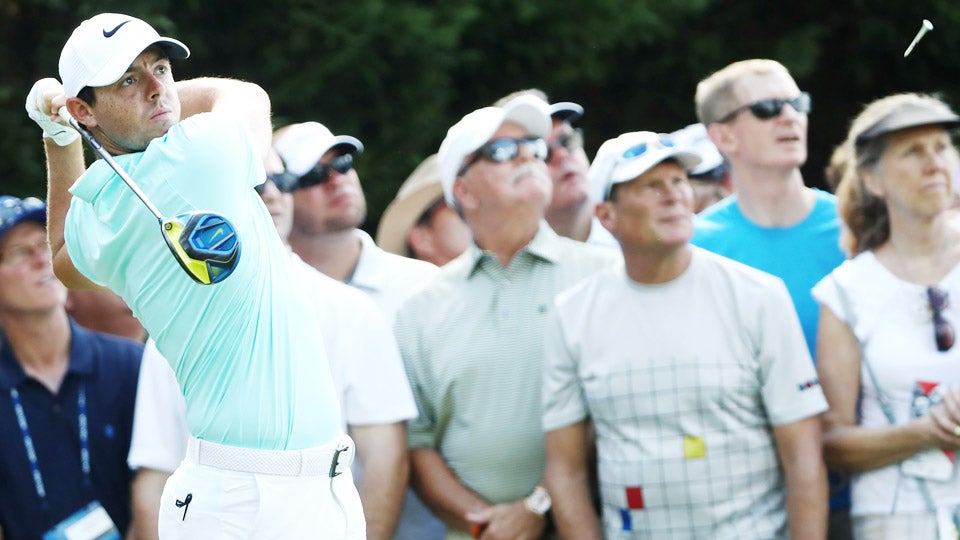 McIlroy was three shots behind with three holes to play Sunday in the Tour Championship. Nearly two hours later, he holed a 15-foot birdie putt on the fourth extra hole to win the tournament and claim the $10 million FedEx Cup bonus.

In its 10th year, the FedEx Cup never had a finish like this.

McIlroy fittingly won on the 16th hole, where his remarkable rally began in regulation when he holed out from 137 yards for eagle, and then made birdie on the final hole for a 6-under 64 to join a three-man playoff with Ryan Moore (64) and Kevin Chappell (66).

Dustin Johnson surprisingly was never a factor and he hit too many errant shots on the front nine and never recovered, closing with a 73. Johnson, however, still would have won the FedEx Cup if either Moore or Chappell had won the tournament. McIlroy had control of this all along. He looked to put the perfect finish onto his big day when he hit over the water to 6 feet for an eagle putt on the par-5 18th in the first playoff hole. Moore, however, holed a 10-footer for birdie. McIlroy was ready to pump his fist until his eagle putt slid by.

Returning to the 18th, McIlroy missed an 18-foot birdie putt for the win. On the third extra hole, the par-3 15th over the water from 201 yards, McIlroy had to make a 7-foot par putt just to stay in the game.

Nothing was bigger than that birdie at the end. McIlroy stiffened his back, clutched both arms and shouted above the raucous cheers at East Lake. He earned a total of $11.53 million on Sunday, including $1.53 million for the Tour Championship.

At the start of the month, he had not won all year on the PGA Tour. He won the Deutsche Bank Championship three weeks ago, and then needed a little bit of help from Johnson to capture the FedEx Cup.