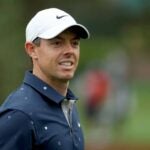 Yes, Rory admits, the proposed new PGA Tour fall schedule — which would alter the fall schedule in order to incorporate a high-profile team series — is a good idea for his bottom line. The series would undoubtedly promise bigger purses, fatter checks and larger paydays for just about everyone involved; a group that would primarily consist of the game’s top earners.

But a new fall series could also come at the expense of many of the remaining 200 some-odd card-carrying Tour members — players the original fall series was built to serve.

“What I would like to see the fall schedule look like is my preference, but I guess this is the hard thing, right?” McIlroy said at the Wells Fargo Wednesday. “You’ve got 200-whatever members that you’re trying to keep everyone somewhat happy. Some guys really like to play in the fall because they feel like they get a head start in the FedExCup. The top guys like to feel like they have time off to actually have an offseason and rest and prepare for the next season coming up.”

That outcome falls with added weight upon Rory, who is the president of the Tour’s Player Advisory Council. The position was built to give players a larger platform in Tour matters, but that platform isn’t always useful. In the case of the proposed fall schedule, McIlroy is navigating in a phone booth: it’s his responsibility to protect his own interests, but his job to work against them.

“It’s hard. It’s very hard for me to stand here and say I’d like all the fall events to go away and play three or four of these suggested tournaments that they’re thinking about because that’s good for me, but that’s not good for the entire membership,” McIlroy said. “So I have to try to look at things that are going to benefit the entire membership and the entire Tour and not just what benefits me or the top players.”

On the one hand, McIlroy says, it’s great that a fall schedule could help his bottom line. On the other, does he really need it?

“I think there’s enough programs in place that benefit the top players right now, PIP program, the Comcast Top-10, the FedExCup bonus, all of those things are designed to funnel more money into the top players’ pockets,” he said. “You play the best and the cream should rise to the top by the end of the year. That’s why Comcast Top-10, FedExCup bonus money is so high. And then you add the PIP in there for the people that make the biggest impact on the Tour.”

Of course, the Tour’s performance incentives have improved things for the game’s top players, but a fall series would change things in a way the PIP did not. Unlike the PIP (and its other siblings of questionable merit), a fall series would stand to take money from the pockets of some PGA Tour constituents, while adding to others.

It strikes McIlroy as antithetical to the Tour’s purpose, but that might not matter to players facing potential massive payouts from a new series.

“I think the top players, we’ve gotten a lot of things our own way the last couple years,” he said. “I think for us to talk about just taking the fall events away for the guys that sort of need them and need those opportunities would be very, very selfish.”

It’s unusual in professional sports for a player to speak against their best interests — and even rarer in a sport as secular as the PGA Tour. Will McIlroy’s words convince a broad swathe of the PGA Tour’s top earners to reverse course? Almost certainly not. Should a fall series fail, it won’t be because there weren’t enough people signing up for a $20 million payday. But it speaks volumes he thought long enough to try.