The launch monitor numbers that matter most to Keegan Bradley 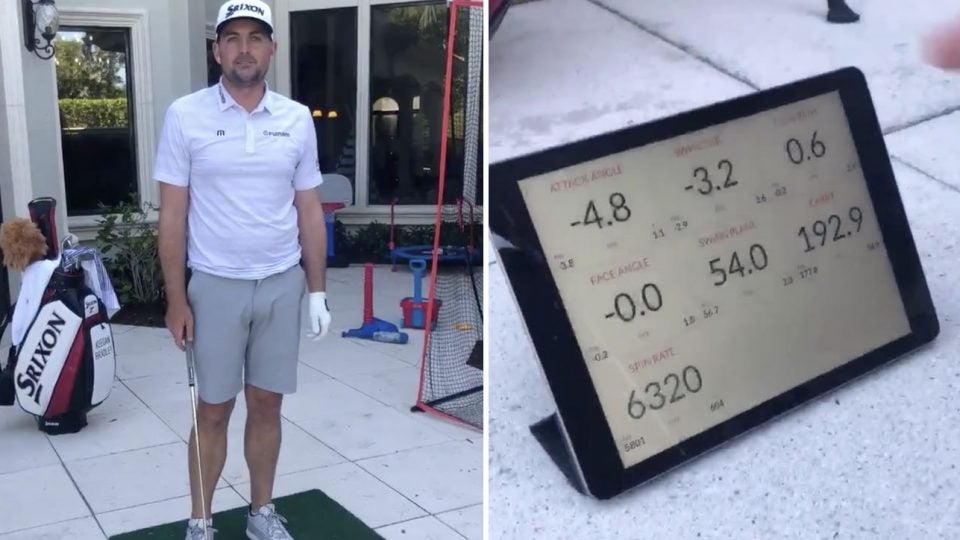 Keegan Bradley delves into his Trackman numbers with a 6-iron.
Srixon Golf

Today’s launch monitors offer an abundance of informative measurables. Want to know if you’re in the optimal “smash factor” range (ball speed divided by club speed) with the driver? Simply fire up the portable device, take a rip with the big stick and the number is available within seconds of the ball leaving the club face.

For elite golfers, particularly those on the PGA Tour, a Trackman, FlightScope or Foresight unit has become as ubiquitous as golf tees and rangefinders. Everyone seems to have one on the range, even though most have a price tag that runs north of $10,000. It’s the price you pay to locate any semblance of a swing edge when the difference between winning and finishing runner-up is razor-thin.

That being said, not all pros pay attention to the same measurables when practicing with a launch monitor. Some numbers carry more weight than others. With the Tour’s best sequestered at home during the Coronavirus pandemic, Keegan Bradley offered weekend golfers a closer look at the numbers that matter most to him when it comes to the 6-iron.

Watch @Keegan_Bradley discuss his Trackman numbers on his 6 iron.

What are the most important Trackman numbers for your game? pic.twitter.com/3KRH6vnDCL

Attack angle: Trackman defines it as the “up or down movement of the club head at the time of maximum compression.” According to Bradley, the -4.8 attack angle on the screen is a “little low for a 6-iron, but sometimes on a mat it can read that.”

Swing direction: Defined as “the horizontal direction of the plane relative to the target line defined by the club head’s center of gravity movement prior to impacting the golf ball.” “I always want these negative, and I want it to be at least half of the attack angle,” Bradley noted. In other words, he likes to come from an over the top position with the 6-iron.

Club path: “I always want [club path] to be from the in and under one degree,” Bradley said. Club path is “the direction the club head is moving (right or left) at impact and is measured relative to the target line.”

Face angle: “Face angle is where the face is at impact. That’s 0.0, so that’s going to create a very straight ball. I want that under one, too.”

Swing plane: “Swing plane is the number I look at the most with my coach Darren May. We want that number to be very consistent and as low as it possibly can. Anything above 54, something has happened. I don’t like when that number gets high. When I’m not swinging my best, that number might be 56 or 57.”

Trackman defines swing plane as “the vertical angle between the ground and the circle that the club head travels on during the bottom portion of the swing arc.”

Carry distance: Known as the distance the ball travels through the air, Bradley pointed out he likes his number to be between 193 and 194 yards with a 6-iron. His total of 192.9 yards is pretty close.

Spin rate: Spin rate is defined as the rate at which the ball is spinning after impact. “I always look at the spin rate on every shot I hit,” said Bradley. “I always want my spin to be at the number of the club you’re hitting. So for a 6-iron, I want it to be around 6,000 [rpm]. Again, off a mat, you never know.”