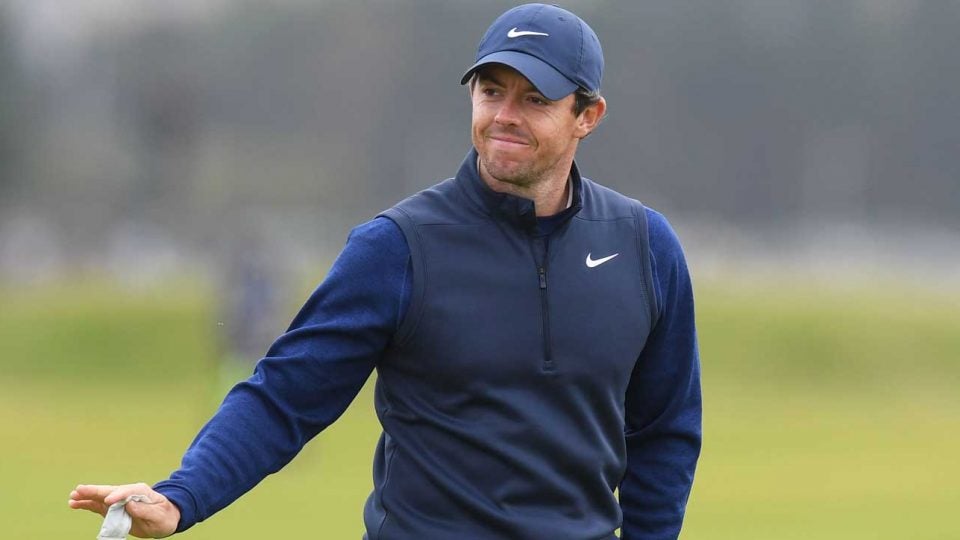 Rory McIlroy said on Monday that his complaints about the European Tour came from the right place, but perhaps in the wrong venue.
Getty Images

Rory McIlroy is sorry — sort of. The morning after the Northern Irishman made headlines for criticizing European Tour setups, he clarified his comments in an Instagram post without exactly walking anything back.

McIlroy, who has developed a delightful habit of kicking the bee’s nest that is the European golf media, ripped the tour’s course setups after his Sunday finish at the Dunhill Links Championship.

“You know, I’m sort of honestly sick of coming back over to the European Tour and shooting 15 under par and finishing [T26],” he told reporters post-round. “I don’t think the courses are set up hard enough. There’s no penalties for bad shots. It’s tough when you come back when it’s like that. I don’t feel like good golf is regarded as well as it could be. But I played well enough, 15 under for four days. But you know, we’ll have a few weeks off and get back at it.”

Tournaments
Tour Confidential: Are the elite tours failing to test the best players in the world?

Fighting words, to be sure. But McIlroy’s Monday morning post tempered his approach slightly.

“I understand voicing my concerns about golf course setups in Europe to the media, at a pro am event on benign links courses wasn’t the right place to do it, or, the right people to talk to about it,” he wrote.

“I was venting yesterday but I can assure you it came from the right place.

“Strategy, course management and shot making are important aspects of tournament golf that are being slowly taken out of the game at the top level, not just in Europe but worldwide. I would personally like to see tougher set ups in Europe because it will produce better, more complete young players in the future and that can only be a good thing for the game and our Ryder Cup chances going forward.

Tournaments
Does Rory McIlroy deserve to be Player of the Year? Here’s how our writers would have voted

McIlroy will play two more European Tour events this season: the WGC-HSBC Champions (co-sanctioned by the PGA Tour) and the DP World Tour Championship in Dubai. But he’s clearly thought plenty about playing less in Europe.

“Every week I show up and I shoot good scores and play good golf. If I continue to do that, I’ll be in a good spot,” he told Golf Digest’s John Huggan. “I don’t want to travel that much anymore. I’ve done it for 12 years. I want to have easy flights and not have to go across eight, nine time zones and have to get acclimatized. I’m happy to do what I’ve done this year.”

In the end, McIlroy sounded content with the showing he and his father put forth in the pro-am division (which they lost on a tie-breaker) at the Dunhill — and made it clear he may not return soon.

“If he wants to, then I will, but I don’t have any real ambition to play again. I’m happy enough with what we’ve done,” McIlroy said.