Rob Lowe Q&A: For 40 years, the prolific actor has been a player in Hollywood — and he has the golf stories to prove it 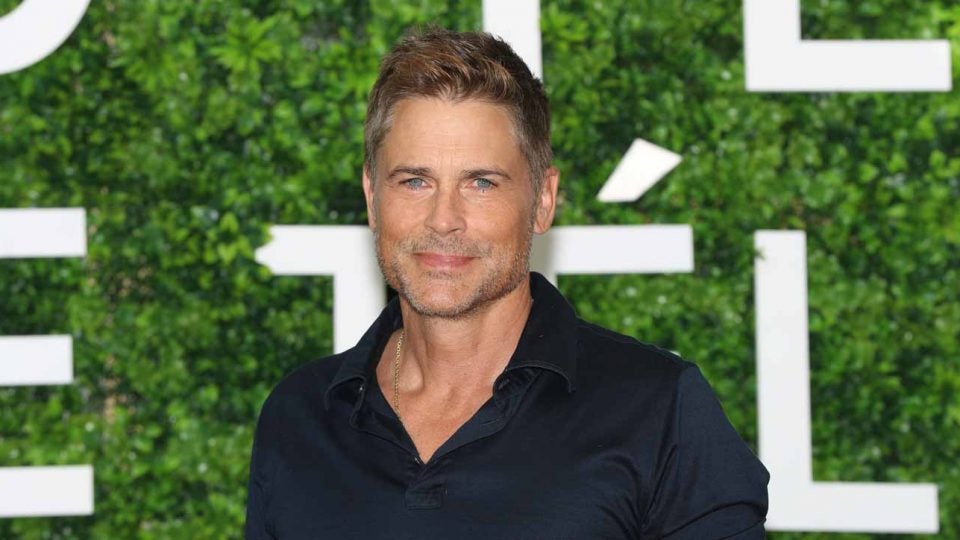 Rob Lowe has played rounds with some of the biggest hitters in the entertainment business.
Getty Images

My grampa was not only a great golfer back in Ohio, he once went to an auction to buy farm equipment and ended up buying the farm and building a golf course on it. I first swung a club at age seven or eight.

You grew up with famous friends in L.A.: Charlie Sheen, Emilio Estevez, Sean Penn. Who was the most gifted athlete in the bunch?

Oh, Charlie Sheen, 100 percent. In junior high, he could legitimately throw a baseball in the mid-80s. By the way, his dad, Martin, was a really good golfer.

Who was the biggest prima donna on the set of The Outsiders?

No. What was great about that movie was it was like being in  a frat. We were like brothers. Tom was the most competitive, but everybody was down to clown.

You’re golf buddies with Chris Pratt, who has a tendency to post clips from his rounds on Instagram. Do you ever tell him not to?

It depends. If my swing is looking good on any given day, I’m happy it’s out there. But if I’m not getting over it on my left side, I don’t want anyone to know.

News
Aaron Rodgers Q&A: The face (and arm) of the Green Bay Packers has a passion for the game — golf, that is

You have a Bill Murray golf story.

I was in Paris in the late ’80s, auditioning for a movie about pirates. I kept hearing an American golf broadcast coming from the room next door, so I knocked on the door and it was Bill Murray. We sat and watched golf and talked s— for three hours. Bill was leaving the next day, and that morning, when I woke up, there was a beautifully bound, illustrated history of pirates at my door. The man is full of mysteries.

What would your celeb foursome be?

[Mark] Wahlberg, definitely. He’s awesome, but I want to see his game with my own eyes. I want no part of [Justin] Timberlake — he’s too good, and I don’t want to be shown up by a younger man in a jaunty cap. Steph Curry, because he’s a beast. And Bill Murray, for sure.

You are one of the few golfers who has literally “made” a birdie in a PGA pro-am in Iowa.
I had a sand wedge, and not only did I hit a bird with my shot, I killed the state bird. By the way, I pretty much stiffed it — the shot was good.

What do you do when you’re driving and John Parr’s “St. Elmo’s Fire” comes on the radio?

Chris Nashawaty is the author of Caddyshack: The Making of a Hollywood Cinderella Story.