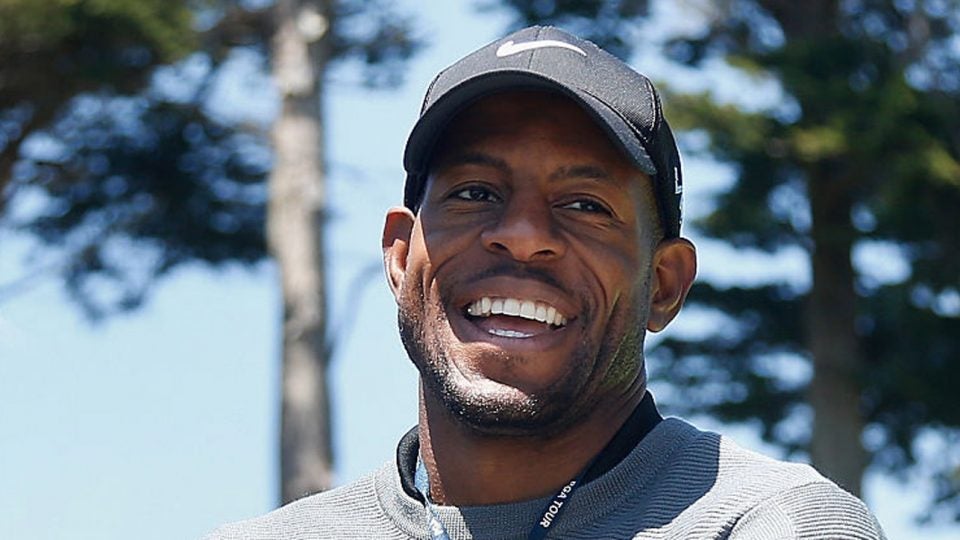 Andre Iguodala is one of several avid golfers on the Golden State Warriors.
Getty Images

Andre Iguodala has won three NBA titles with the Golden State Warriors (maybe four by the time you read this), snagged Olympic gold, and was named the MVP of the 2015 NBA Finals. But when he’s not sinking threes and racking up triple-doubles, the 35-year-old swingman can most likely be found on the golf course. We spoke with Iguodala about his new memoir, The Sixth Man, as well as Tiger, Kazaam, and even some hot stock tips.

Right now, you’re in the middle of battling Houston in the Western Division finals. Will the Warriors have won another title by the time this comes out?

That’s what you work for every day. I don’t think people realize how hard it is to just win one. It’s even harder to win two or three.

If you do win, will we see you at the White House?

Uhh…well, you haven’t seen us there the last two years, have you? Probably not.

How often do you play golf?

As much as possible, which could be every day.

I’m surprised the team lets you. Aren’t there clauses in your contract that, for safety reasons, forbid you to play other sports?

Yeah, but, I mean, it’s free time, right? Golf’s kind of like bowling or playing ping-pong. It’s not that strenuous as far as the body goes. It’s more so the mind. It’s my place of peace. The stress of pro athletes is pretty high, so you need to find a way to relax.

Where the hell do you find clubs that fit you?

What NBA city has the best courses?

L.A. You’ve got Bel-Air, Lakeside, Riviera. But the Bay Area has pretty good courses, too.

In your new book you say that playing with your teammate Steph Curry is almost boring because he’s so good and consistent. Who wins when you play?

When I play with Steph, we’re not even looking at who’s winning. You just try to play keep-up with him. He’s always shooting even-par or better. Actually, it’s kind of a joy to watch him. The hardest part is trying not to lose yourself. 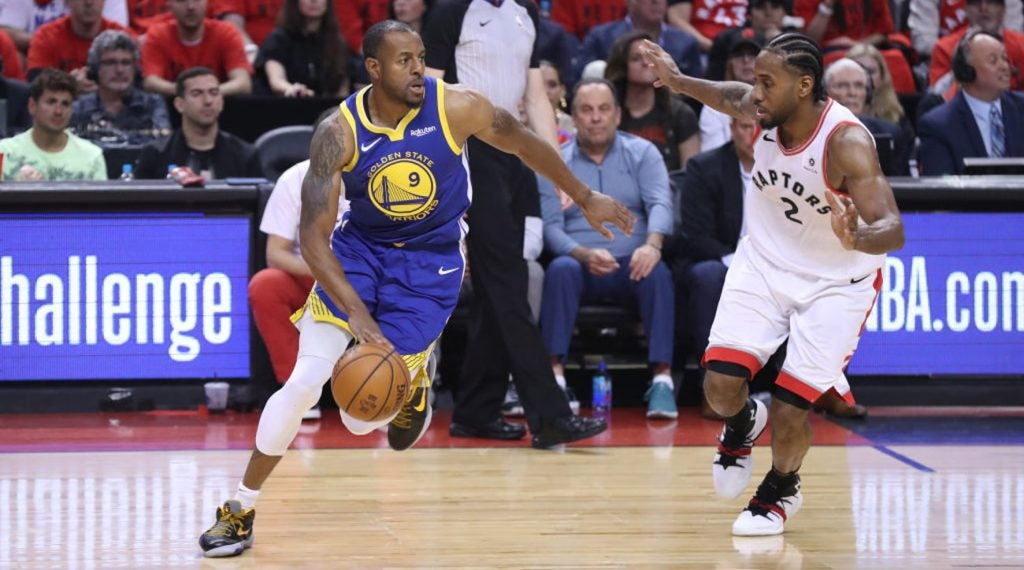 Have you ever hit a golf shot as satisfying as winning MVP of the NBA Finals?

Yeah, for sure. Yesterday, I hit one. On the 2nd hole I was about 245 out; I hit a beautiful 5-wood into a par 5 on my second shot, and it landed about 20 feet past the hole. I two-putted for birdie, so that was niiice.

When the Sixers took you as the ninth pick in the 2004 draft, Dick Vitale called the pick a mistake. What would you say to him now?

I wouldn’t say anything. I’m in a different state now, being older and more mature. Grudges take more energy than they’re worth. I misjudge things all the time. I used it as motivation.

What was the biggest splurge you made after signing your first NBA contract?

I kept it pretty simple. I got a Range Rover.

You’re active in investing in tech companies. What stock should I buy?

If you had to buy a stock today, you gotta go safe: Amazon or Google or Microsoft. Warren Buffet said it best: Look at companies that are gonna be around in 10 years. For someone who doesn’t mind taking a gamble, look at the company Zoom. They do video conferencing.

During the 2011 lockout, you had a week-long internship at Merrill Lynch. Did they make you get coffee, or did they just take you on to beef up their after-work basketball team?

[Laughs] Nah. I shadowed four different types of folks in the financial sector. They turned me on to Tesla.

You play golf with your son. If you had to choose, would you rather he become a professional basketball player or professional golfer?

That’s easy. Golf. It’s a longer career. But the one thing I’ve learned is you can’t force anything on your kids. He’s got a great swing, though.

Should NBA crowds be quiet during free throws, like they are on every golf shot?

Nah. It actually might be detrimental to the shooter if it’s too quiet. It might be weird. It’s part of the game.

What’s more disappointing, hitting a slice off the tee or throwing up an air ball on a three-pointer?

An air ball on three-pointer is way more embarrassing.

What’s the most popular movie or show on the team plane these days?

There’s a lot of guys into Game of Thrones.

If you could be a superhero which one would you be?

[Laughs] No. Not Kazaam, man. I only saw that once.

What would be more difficult, chasing the Bulls record of 72 wins in an NBA season or chasing Jack Nicklaus’ record of 18 major wins?

That’s a good question. No one thought either would be done. Jack’s record still hasn’t been beat. Topping the Bulls record was really hard, and when we did it [in 2016], it took a lot out of us. I think it cost us the championship that year.

If you could play a round with three other NBA stars as your dream team, who would they be?

The taller you are the harder it is to hit the ball with the driver, because there’s so much room for error because the swing is wider. You may hit the ball longer, but you also are more likely to spray the ball left or right off the tee.

Pasatiempo up in Santa Cruz.

What are the similarities between playing basketball and golf?

You’ve got to forget about your last play. When you make a mistake, the faster you forget about it, the better it is for you. You gotta move on.

Chris Nashawaty is Entertainment Weekly’s film critic and the author of Caddyshack: The Making of a Hollywood Cinderella Story.