Presidents Cup 2019: Why are players complaining about flies at Royal Melbourne?

They might be representing the red, white and blue, but the early portion of the week for the U.S. Presidents Cup team has been dominated by the “Aussie Salute.”

No, the U.S. team hasn’t waged a revolution against Patrick Reed, but rather a war on the other winter visitors at Royal Melbourne Golf Club — flies, and thousands of them.

They’re known regionally as bush flies. In the warm summer months of December through February, they hatch and descend upon southern Australia, including the coastal city of Melbourne. They’re a pain to humans because they feed on sweat, meaning they swarm the face and skin.

Years ago, the locals gave the reflexive response of shooing the tiny nuisances from one’s face a name: the Aussie Salute.

Throughout the opening days of the Presidents Cup, the Aussie Salute has quickly become the American Agitation.

“Royal Melbourne is well known for the golf, I think it should be known for the flies first,” said Tony Finau. “I mean, you can’t get rid of them. They’re all over.”

Finau wasn’t alone in his frustration.

“They’re destroying me,” Justin Thomas added. “I had on a couple today that were on my face and wouldn’t get off. It’s definitely something I’ve never experienced.” 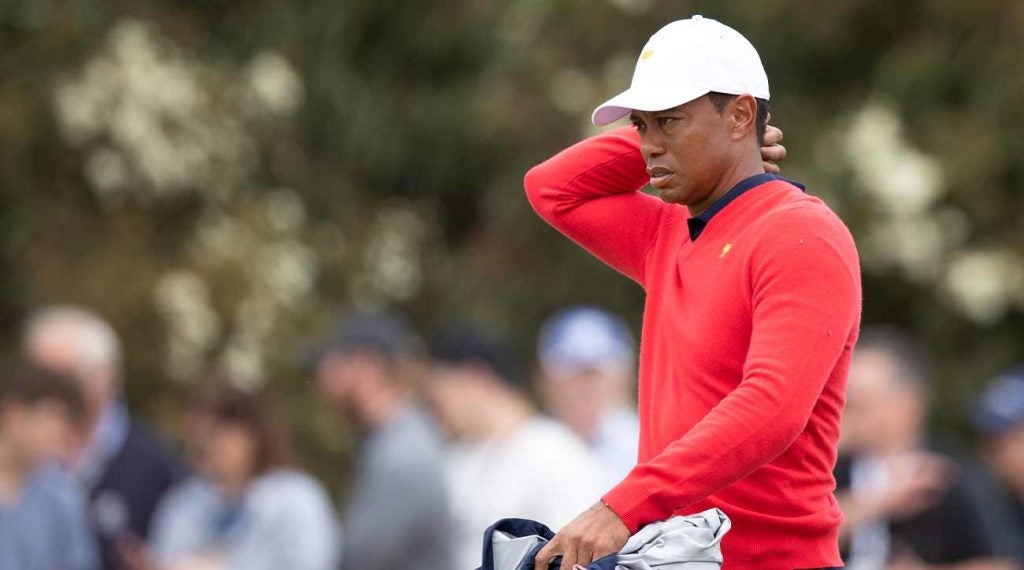 The U.S. team is experiencing a rude introduction to the Aussie Salute at the Presidents Cup.
Getty Images

Perhaps contributing to the aggravation for both Thomas and Finau is that both are playing Royal Melbourne for the first time. For their teammates with experience Down Under, the flies have been better than advertised.

“They’re a lot better this week than (the) World Cup a few years ago,” Rickie Fowler said. “So yeah, you’ll see some guys backing off shots at times. That’s part of it.”

While some players have been trying bug spray keep the flies at bay, to varying levels of success, Fowler says the best approach is patience.

“Don’t try and hit if one is bugging you, or putt,” he said. “Sometimes that’s a little hard to do. They like to get close to your eye or fly into your ear, close to your mouth. But if all you have to do is put up with flies and you get to play this kind of golf, you can deal with it.”