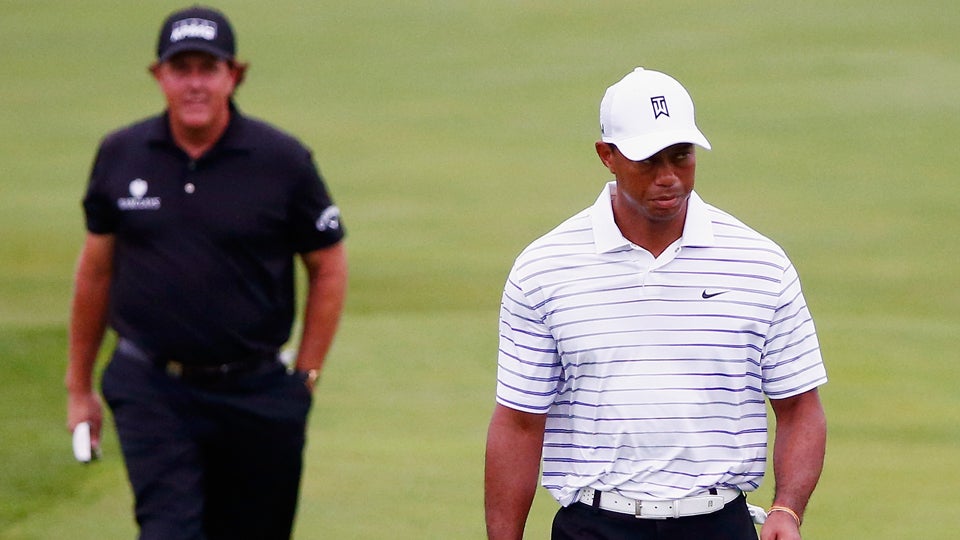 Phil Mickelson might be the king of competitive trash talk, but only when Tiger Woods isn’t nearby.

In an interview with the PGA Tour, Matt Kuchar answered questions about his ping pong rivalry with Mickelson, as well as Mickelson’s boasts about how many majors he has. That bravado only works if Tiger Woods, the owner of 14 major titles to Phil’s five, isn’t within earshot: “He always has to look around the room and make sure Tiger’s not there because (Tiger’s) got a one up,” Kuchar said. “It’s all you have to say. Nobody has a rebuttal to that.”

As for trying to trash talk Woods, it’s probably best not to try. “We know better than to go there,” Kuchar said.