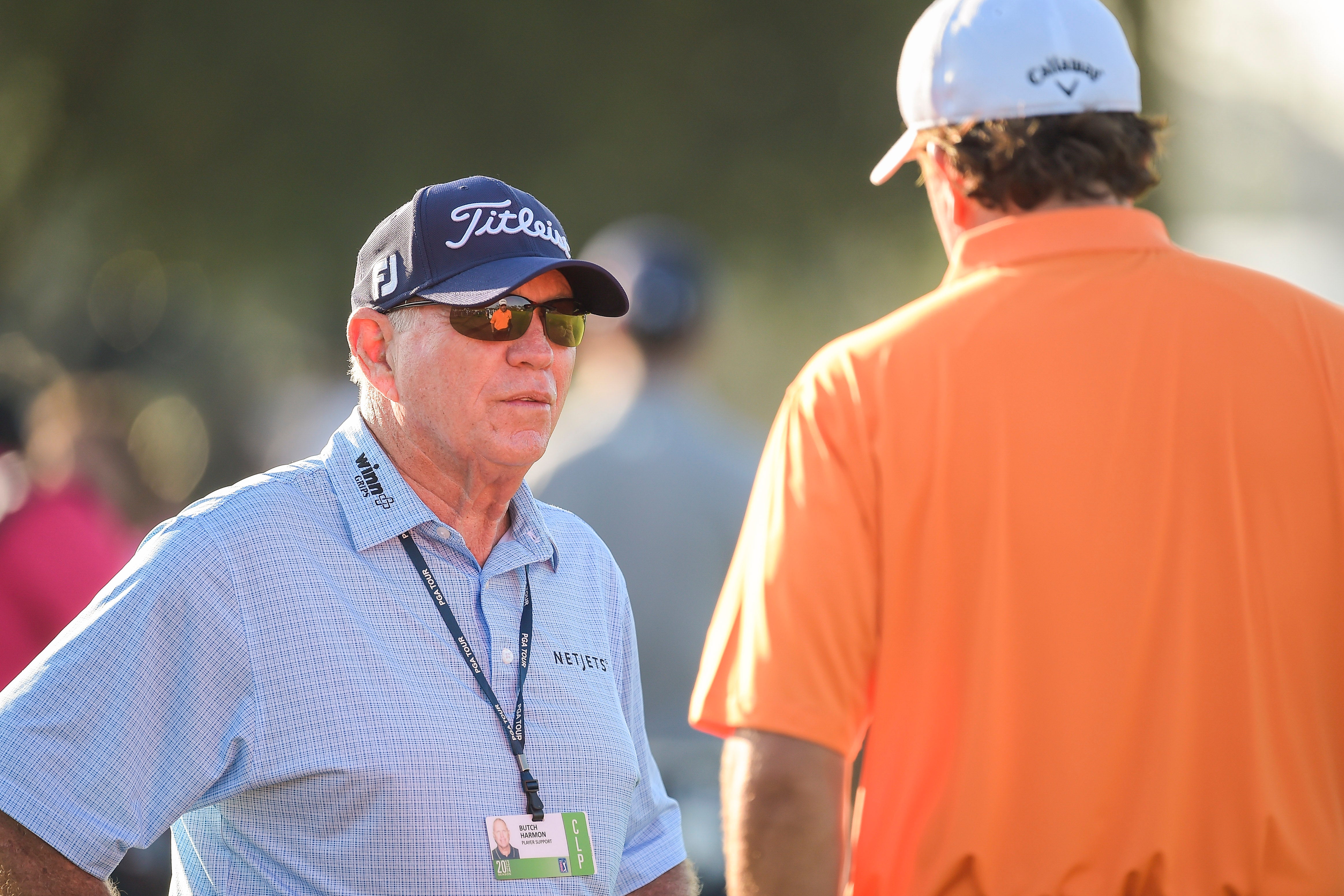 Butch Harmon chats with Phil Mickelson on the practice range during the first round of the 2014 Players Championship.
Chris Condon / PGA TOUR

“I’ve learned a great deal from him in our eight years together,” Mickelson said in a statement to Golf.com. “It’s just that at the moment I need to hear new ideas from a different perspective.”

Mickelson and Harmon had been a formidable team since 2007. Soon after joining Harmon’s stable, Mickelson won the 2007 Players Championship. He went on to win 11 more PGA Tour events under Harmon’s watch, including the 2010 Masters and 2013 British Open.

Since raising the Claret Jug more than two years ago, however, Mickelson has struggled to find his form. He is winless during that stretch, with just five top-10 finishes on the PGA Tour. He has plummeted to 25th in the World Ranking and required a captain’s pick to make the 2015 Presidents Cup team.

Mickelson is rarely anything but optimistic about the state of his game, but in recent months he has had to field an increasing number of questions about his struggles inside the ropes.

“It’s more than having just the physical game to win golf tournaments,” Mickelson said at the PGA Championship in August. “You have to be mentally focused, manage your game well. All those factors you have to put together to be able to compete at this level because now the level is so high and the misses are not as big as they used to be with the equipment. You have to be on. You’re not going to get by with anything less than your best.”

The split represents a rare hiccup for the 72-year-old Harmon, whose superstar stable has grown in recent years to include the likes of Rickie Fowler, Dustin Johnson and Jimmy Walker.

In a statement issued by Mickelson’s camp, Harmon said: “I’ve thoroughly enjoyed working with Phil and we’ve had great success together. Helping him win the Open Championship in 2013 was one of the pinnacles of my career. I see nothing wrong with him seeking advice from another source. We’re great friends and always will be.”

Despite the split, Mickelson remained complimentary of his former coach, noting, “Butch is one of the great teachers in the history of the game and I believe he deserves to be in the World Golf Hall of Fame.”