With PGA Tour return looming, here’s what the commissioner told the players 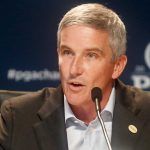 SCOTTSDALE, Ariz. — The PGA Tour’s halting return to competition got a boost late last week when the Players Advisory Council voted 16-0 to push forward with the revised schedule, which calls for Colonial to be the first tournament back beginning on June 11. The vote came during a lively two-hour conference call bringing together the players and Tour leadership to discuss the new normal as professional golf grapples with the novel coronavirus pandemic.

PGA Tour commissioner Jay Monahan walked through many of the conceptual procedures that will be put in place at future tournaments; the vote of confidence from the players was a necessary step for the Tour to press on. “The message from Jay,” Kevin Streelman, a PAC member, told GOLF.com Tuesday, “was that we’ve talked to doctors, talked to professionals, talked to politicians — these are the steps we need to take to be safe. Now are you guys comfortable playing competitive golf in this arena? The answer was a resounding yes.”

Many questions remain, beginning with whether the Tour can obtain enough testing kits — which Monahan has laid out as a prerequisite to returning to competition — while they remain scarce to the public. (And if the Tour can get the tests, what is the public relations fall-out when they are used on players, caddies and support staff while public health officials continue to scramble for tests?)

The complicated logistics of moving the Tour circus from town to town was addressed at length during the call. The first four events will be played without fans and the Tour is pushing the players to accept a streamlined approach during those tournaments, with no daycare being provided as families are discouraged from traveling. One “talking point,” as Streelman describes it, is for the Tour to provide jumbo jets to ferry players and caddies from event to event, providing a more sterile environment than commercial or even private airports.

“They think it is a reasonable solution to keeping our circle tight,” says Streelman, who this week is playing in the Outlaw Tour’s Scottsdale Open to keep his game sharp. “We’re all going to be together during the week so we might as well travel together. We would all be tested before being allowed on the plane.” All players will be charged the same amount and caddies will get a bill, too, but how those numbers will be determined remains nebulous. Of course, airplanes could be a fertile place to spread the virus in the event that an infected pro or looper somehow slips on. “Yeah, that’s tricky,” Streelman says. “But nothing is 100%. We are all going to have to accept that.”

And what of the fraught moment when a player tests positive for the virus during a tournament week, which is inevitable. They will be forced to withdraw immediately but then what? “Now you’re getting into the local authorities and their rules and regulations in that city and that state,” Streelman says. “Do you have to stay at your hotel for the next 14 days? Will they even let you back to your hotel or do we need our own place to quarantine? The Tour is looking into all those situations and hypotheticals. It’s very complicated because every week we play somewhere new.”

Getting everything locked down in time for Colonial feels like a Herculean task. “I’ve had some doubts myself but I feel more confident we’re going to play after that phone call than I did before the call,” Streelman says. “It’s not 99% sure, but it’s not 65% either. Somewhere in between.”

In a world of uncertainty this will have to suffice. Streelman says the conference call was defined by longing.

“We all have questions and we all have concerns but it’s what we do, it’s what we love,” he says. “I know the fans are missing it like crazy. If we can do something safe to appease the fans and sponsors and our crazy golf addictions, it’s good for everybody. Right now we’re just making sure we can tick all the boxes. But one thing I took from the call is that despite all the issues, we’re all very anxious and eager to get back out there.”