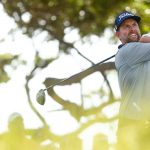 After three days of using rangefinders at the PGA Championship, Webb Simpson has seen the light.

If there’s been a differentiating factor at Kiawah Island over the first two days at this week’s PGA Championship, it’s been laser-focus. Of the handful of golfers who managed to reach the weekend under par, each has shared an unwavering concentration to the Ocean Course’s contours, gusts and (many) obstacles.

Lasers, on the other hand, decidedly have not been a differentiating factor, and as far as just about everyone is concerned, that’s a good thing.

For the first time ever at this week’s PGA Championship, players have been allowed to use rangefinders throughout the course of competition, breaking with the decades-old tradition. The change came as unwelcome news to many in the golf world, who warned that distance-measuring devices would diminish the strategic value of a good caddie, and who questioned whether they would serve the intended (or any) purpose.

Webb Simpson was one of the loudest pros to speak out against rangefinders.

“I feel like, this is a fact that it’s not going to speed up play, because everybody I know and have talked to, we still want front [of the green] numbers, and the rangefinder, you can’t always get the accurate front number,” Simpson said last week. “So you’ll probably have the player shoot the pin, the caddie walk off the number because I’m going to want, what’s front, what’s the pin? I haven’t read the reasoning behind it or their desire to test it out that week, but I don’t think it will really make a difference.”

But after his third round at Kiawah on Saturday, the 2012 U.S. Open champ admitted he’s among the converted, becoming a surprising proponent of the new rule.

“I was definitely against it coming in but we have seen how there’s a lot of situations where it helps,” Simpson said. “I was in the right rough on 10 yesterday, so you know, it’s a funky angle to that back left pin and my rangefinder got about six yards different than what we had come up with.”

PGA of America president Jim Richerson explained the decision in February as meant to improve the tournament’s pace of play. While there’s some debate about the role rangefinders play in that process (pace has been glacial at times this week, leading to a rare slow-play penalty Thursday), Simpson found a noticeable improvement in that department.

“So you know, the carries over bunkers, if they move the tee up, instead of walking it off and calculating it in the yardage book, we’re just able to shoot it,” he said. “I think I was one of those old-school guys thinking we’re going to need both numbers still, it’s going to slow down play, but I actually do think it’s been a good thing. The more we did it each round, the more I like it.”

Simpson’s admission comes as a surprising one given not only his previous comments but also his close relationship with caddie Paul Tesori. Simpson and Tesori have found significant success together on the PGA Tour, and a full-time rule change allowing distance-measuring devices — at least in the eyes of those who oppose them — would have an adverse effect on caddies.

If that concern entered Simpson’s mind, he surely didn’t show it when he threw his support behind establishing the rule full-time on Tour.

“It’s a great question,” he said. “I could see it going either way. I could see the Tour thinking we do it all the time when we’re home, we do it in final rounds, pro-ams, might as well let us keep doing the same things, especially since no one has an advantage over the other.”