2021 Palmetto Championship live coverage: How to watch the final round at Congaree 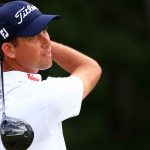 A runaway leader greets the final round at the first-ever Palmetto Championship.

We’ve reached the final round of play at the 2021 Palmetto Championship at Congaree, here’s everything you need to know to watch the action on Sunday.

The first-ever Palmetto Championship has served not only as a stopgap PGA Tour venue while the border to Canada (and the RBC Canadian Open) remains closed, but also as an excuse to showcase one of the great new courses in the United States. Congaree, whose lineage can be traced back to a group of wealthy, golf-loving benefactors, has proven its worth as one of the great new tests in the United States.

A runaway leader enters the fold heading into Sunday — a rare sight in the 2021 PGA Tour season. Chesson Hadley owns a four-shot lead over the remainder of the field after a Saturday 68, his third straight round in the 60s to open the week. Hadley (-14) leads Harris English by four strokes, Garrick Higgo (in third place) by six, a whole host of other players by seven strokes.

Still, Sunday at Congaree should prove another eventful final round, particularly with the course’s affinity for drawing WDs (eight ! of them this week alone) and scores in the 80s. Below, you’ll find everything you need to know to watch the action.

How to watch Palmetto Championship Round 4 on TV

Golf Channel will air the action from 1-3 p.m. ET on Sunday, before coverage switches over to CBS for the remainder of play.

How to stream Palmetto Championship Round 4 online