Matt Kuchar, who has faced mounting criticism from golf fans for not paying his caddie David Ortiz an industry-standard 10 percent cut of his $1.3 million payday following his victory at the Mayakoba Classic earlier this year, apologized on Friday evening.

In an official statement following his first round at the Genesis Open on Friday, Kuchar admitted that his comments were ‘out of touch’ and ‘insensitive.’ He apologized to his fans and said he plans to resolve the issue with Ortiz immediately.

As GOLF.com’s Michael Bamberger reported earlier in the week, Ortiz and Kuchar crafted an agreement before the event that Kuchar would pay his local caddie between $1,000 and $4,000. He eventually paid his caddie $5,000: 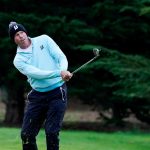 You may also like ‘It’s a real bad look’: Little sympathy for Matt Kuchar in Riviera caddie yard

The controversy arose when news broke that Kuchar honored the existing terms of that agreement, rather than give his caddie an industry-standard 10 percent bonus after going on to win the event. It was Kuchar’s first victory in four years, with a $1.3 million payday. Kuchar originally defended his actions after Ortiz went public with the pay discrepancy, but is now changing course.

“I plan to call David tonight, something that is long overdue, to apologize for the situation he has been put in, and I have made sure he has received the full total that he has requested,” Kuchar said in his statement.

“My entire Tour career, I have tried to show respect and positivity,” he continued. “In this situation, I have not lived up to those values or the expectations I’ve set for myself.” 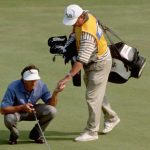 You may also like The Etiquetteist: What’s the right amount to tip a caddie?