PACIFIC PALISADES, Calif. — In cold, wet conditions that suspended play for seven hours at rain-soaked Riviera Country Club, Matt Kuchar never made it to the 1st tee during the first round of the Genesis Open. So, the golfer with the perma-grin gave his caddie, John Wood, the day off and instead had his son, Cameron, toting a lightweight kickstand bag back and forth from the practice range to the chipping green.

“I hope he pays his son a better allowance than he tips his caddie,” quipped a caddie on the range.

Kuchar, a nine-time Tour winner with career earnings topping $46 million, has been vilified on social media and beyond since word leaked in January that Kuchar had paid his fill-in caddie at the Mayakoba Classic in Mexico only a fraction of his $1.296 million winner’s prize.

On Thursday afternoon the caddie yard at Riviera was abuzz about the dispute after Kuchar doubled down on his position this week that tipping his caddie, David “El Tucan” Ortiz, $2,000 (on top of an agreed-upon $3,000 weekly rate) was fair compensation. “For a guy who makes $200 a day, a $5,000 week is a really big week,” Kuchar said.

The unwritten caddie code on Tour frowns upon loopers publicly opining about players, but when granted anonymity several caddies shared their takes on the controversy. GOLF.com spoke with more than a half-dozen caddies and none came to Kuchar’s defense.

“It’s a real bad look,” said one veteran caddie, who has carried the bag for multiple major champions. “This is going to stick to him.”

“It says a lot about what he thinks of caddies,” said another looper, who caddied for a 2018 Tour winner.

Said a third caddie, who used to work for a member of the World Golf Hall of Fame, “He had the chance to change a guy’s life and he just doesn’t get it.” 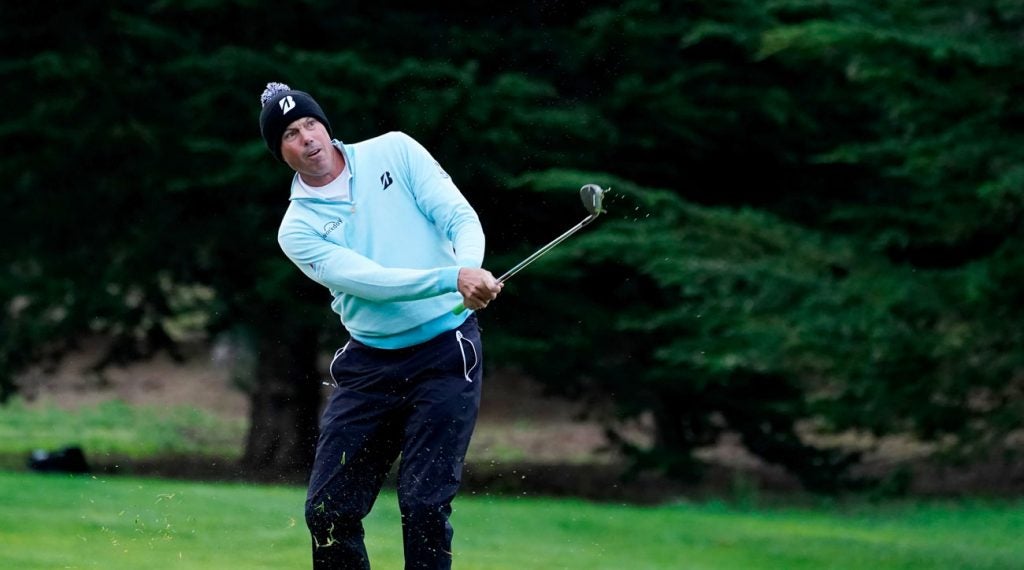 Another looper noted that Kuchar also hasn’t received any support from his fellow pros, at least not publicly. “Has any player come to his defense?” he said. “No, and I guarantee you if you surveyed the pros no one would have his back.”

Kuchar’s regular caddie, John Wood, declined to comment. “Whatever I say, I can’t win,” he said.

In an interview with GOLF.com several days ago, Ortiz, a 40-year-old father who caddies regularly at the resort where the tournament was held, said he and Kuchar had agreed on a $3,000 base payment for the week, with a bonus that could bring the total to $4,000. Ortiz confirmed that he was paid a total of $5,000, or less than one half of 1 percent, of Kuchar’s winnings.

Full-time caddies typically receive a weekly salary that covers basic expenses including travel paid for by their golfers. Veteran Tour caddie Kenny Harms, who works for Kevin Na, said the average fee is about $1,800.

“Three thousand for the week is great,” he said.

But then there are bonuses for top-10 finishes, with caddies typically collecting 10 percent for a win. Ten percent of Kuchar’s Mexico earnings is approximately $130,000. As a one-week replacement for Wood, Ortiz told GOLF.com that he had hoped to be paid $50,000.

Harms himself has played the role of fill-in caddie, at Hilton Head in 2006. He wasn’t planning to work that week when he received a call from Tour looper Steve Hulka, who told him that Aaron Baddeley needed a caddie for the RBC Heritage. Harms took the gig and Baddeley went on to win. Harms collected a cool $65,000 and said he was so grateful to Hulka for the introduction that he gifted him $5,000.

Harms recounted another story about a Tour pro who recently won the Panama Championship with a local caddie on his bag. The caddie’s cut: $10,000. “And that was a Web.com tour event,” Harms said.

The Kuchar affair has struck a nerve in the sports world. What began as a social-media firestorm on golf Twitter has become fodder for sports-talk radio shows. Earlier this week Tony Kornheiser and Michael Wilbon of ESPN’s “Pardon the Interruption” debated the merits of Kuchar’s tipping scale, dubbing him “the Cheapskate Champion.”

It may not be too late for Kuchar to make things right with Ortiz. A source familiar with the situation said Kuchar’s camp is still working to come to a better resolution. In the meantime, Kuchar is headed back to Mexico. He’s scheduled to play in the World Golf Championship in Mexico City next week.