The last time the golf world saw Michelle Wie on the course, she was having a tough time. After an opening-round 84 at the Women’s PGA Championship in June, a tearful Wie suggested that her future as a golfer was uncertain.

“I’m not entirely sure how much more I have left in me,” she said at the time. A week later, Wie announced that she was taking the rest of the year off in an effort to “finally get healthy.”

In the months since then, Wie has certainly stayed busy. In August, she married Jonnie West. She’s moved to the West Coast. And, based on an interview with the Telegraph, time away from the game has given her perspective.

Wie spoke with the Telegraph’s Vicki Hodges in an interview you can read in its entirety here.

One notable remark Wie made was an admission that she doesn’t want her career to be over — not on this particular note. 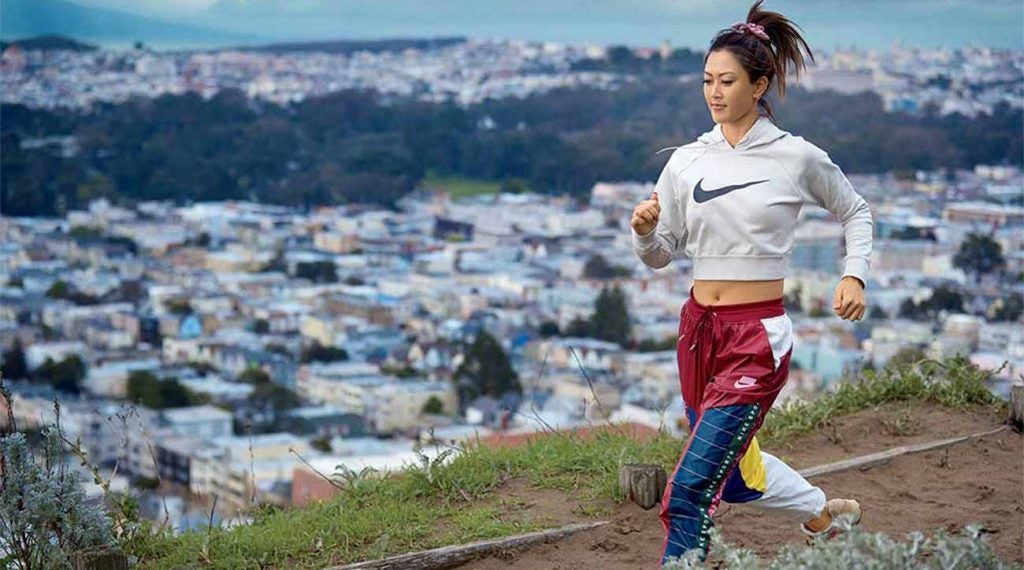 Michelle Wie was featured in a GOLF photoshoot earlier this year.
GOLF Magazine

Wie also added that she’s run into Tiger Woods during her layoff, and that they have plenty in common now.

“I’ve seen Tiger a couple of times [since her time out],” Wie says. “It’s pretty funny that every time we lift off with, ‘How’s your neck, how’s your back?’ and he’s like, ‘How’s your this, how’s your that?’ It takes about 10 minutes of checking off the injuries before we talk normally.

“It’s comforting talking to other athletes going through the same things. Sport can be harsh, but other stories can hit home and normalize it. It can give you a boost of energy to go again.”

In the meantime, Wie has plenty to focus on. Golf fans got a glimpse at her broadcasting future during the Solheim Cup when she broke down the goings-on for Golf Channel.

Me trying to act like I knew what I was doing yesterday 😂 Thank you @paigegolf @carabanksgc for showing me the ropes!! @solheimcup2019 has been SO exciting so far. USA and Europe are tied at 8 points each going into Singles. Who you guys got?? USA or Europe? Comment below ⬇️ We will be breaking down what happens tomorrow following the conclusion of the singles matches on @golfchannel #golfcentral . I’m attempting to stay unbiased but…. GO USA 🇺🇸 🤫🤫🤫

And she turns 30 years old on Friday — with her social media suggesting she’s already begun to celebrate.

Feeling overwhelming blessed that these amazing humans are my friends. How did I get so lucky?? 🥰 #ThisIs30

No matter what her on-course future holds in store, things are looking plenty bright for Michelle Wie.