10 takeaways from a winning week at the Memorial 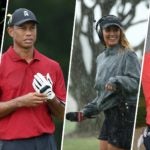 It was a thrilling week at the Memorial.

What a week at Muirfield Village! One of the PGA Tour’s most electric golf courses on full display. Players zipping up and down the leaderboard. The return of Tiger Woods. And the crowning of a new World No. 1. Here’s what we learned from the Memorial.

1. Jon Rahm’s biggest win yet catapults him to world No. 1.

It would be weird to play a PGA Tour event while trying to hold onto a lead. It would be even weirder to continue to play your best, most aggressive golf while starting the day off with a four-shot lead. It would be weirdest of all to suddenly have a seven or eight-shot lead while playing one of the hardest courses on the PGA Tour, set up for carnage, amidst a turbulent Ohio summer afternoon. But Jon Rahm did all that and more en route to a five- (then technically three) shot victory. Hats off to Rahm, your new top-ranked player in the world.

2. Hard golf courses are SO much fun to watch.

Muirfield Village was set up for battle on Sunday. Jack Nicklaus has always said he loves U.S. Open conditions, and the carnage we saw in the final round — a day when there were nine scores of 80 or worse and just one single score in the 60s — was such fun viewing. Not because of the high scores themselves, exactly. It’s just that it’s that much more fun to see the best golfers in the world truly challenged.

Most of these guys have achieved such a mastery of the basic elements of golf that they demand a tougher test than they’ll find on a week-in, week-out PGA Tour venue. By Sunday afternoon, Muirfield Village delivered. The greatness of Jon Rahm’s chip-in on 16 was set up by hours of players negotiating firm greens, setting up just how difficult a shot like that would play. Major props to all involved in the setup of the golf course, which felt fair throughout and rewarded the very best play while also yielding some shots and scores we’re unfamiliar seeing from the world’s very best.

Woods looked at times magnificent and at times “rusty” (his words). He looked in complete control for certain stretches and also showed his age on Friday, when he had a hard time warming up his back and never looked fully comfortable. But wow, it’s good to have him back. He is the rising tide that lifts all boats, and the entire golf world is elevated by his presence at a tournament.

4. One Sunday round stood out.

And it was the final round shot by Matthew Fitzpatrick. Nobody set the wooded expanses of Muirfield Village Golf Club ablaze like the 25-year-old. On a day when no other player broke 70, Fitzpatrick bogeyed the first hole and never looked back, making five birdies and no bogeys the rest of the way for a near-flawless round of 68. Bonus points for having Jim “Bones” McKay on the bag, who knows a thing or two about big-time Sunday showings. Oh, and that move up the leaderboard? It resulted in a $641,700 payday.

5. Bryson DeChambeau still has some calibrating to do.

There’s plenty to be said for power in golf, but like a grizzly hunting salmon, Bryson DeChambeau needs to harness his newfound power and keep his focus on the finesse side of the game, too. That means staying inside the O.B. stakes and staying out of spats with rules officials.

Jack revealed on Sunday that he and his wife Barbara had gotten the coronavirus some months ago and were lucky not to become seriously ill, instead making full recoveries. The experience inspired the pair to raise money for frontline workers, particularly health care workers at the Nicklaus Children’s Hospital. Like so many good stories, this one ends well and with an inspiring message.

7. Patrick Reed nearly had the round of the tournament.

During the toughest conditions on Sunday, Patrick Reed made a preposterous charge up the leaderboard. He reached five under for his round through 14 holes and looked to have a decent shot at surging into second place if he kept it up.

But then came the course correction. Reed finished bogey-double-bogey-par to post 71 and finish T10. In the process, he still exceeded expectations and fired one of the lowest rounds of the afternoon, but oh, what could have been.

8. A new voice on the broadcast was a real winner.

Christina Kim kept it colorful, real and fun. A tournament as big as the Memorial means everyone is a little more dialed into their PGA Tour Live broadcasts, and Kim was heavily featured throughout, pulling some marathon shifts that she (and many listeners!) seemed to really enjoy.

Jon Rahm didn’t know he’d potentially committed a two-shot penalty on No. 16 until Amanda Balionis asked him about it in the winner’s interview. She immediately had to walk a tightrope — she couldn’t ignore it, nor could she make an ultimately inconsequential ruling overshadow his moment. Instead, his reaction was priceless and genuine and she did a really effective job of making it clear that the win was not tarnished in any way. Kudos!

Xander Schauffele will remind you that it’s how you finish. On Thursday, Schauffele was comically off, stumbling out to an eight-over-par start through 13 holes. But he rallied to make the cut on the number and moved up with a 72 on Saturday before closing with a back-nine 33 on Sunday to spring all the way into a T13 finish. It’s not the sort of result that will garner him any headlines, but it’s worth commending — I’m in awe of this sort of grind.