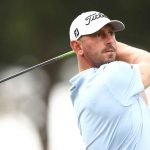 The PGA Championship is unique among the year’s four majors in its inclusion of 20 PGA of America “club pro” qualifiers in the tournament field. In order to earn their way in, these pros must survive a local qualifier in their respective PGA sections, which then earns them entry into the national PGA Professional Championship. The top 20 finishers from the national event then punch their tickets to the PGA Championship, where they compete for the Wanamaker trophy alongside the likes of Dustin Johnson and Rory McIlroy.

Ten of the 20 PGA professional qualifiers are making their PGA Championship debuts this year, while others have more than a handful of years of experience. The Metropolitan section’s Danny Balin and Rob Labritz will be making their eighth appearances at the major, while Balin and fellow New Yorker Frank Bensel, Jr. will share the distinction of playing two PGA Championships at Kiawah’s Ocean course, as both were also in the field back in 2012.

Check out the full field of PGA professionals competing at Kiawah’s Ocean course this week below.

Stock up on the latest gear