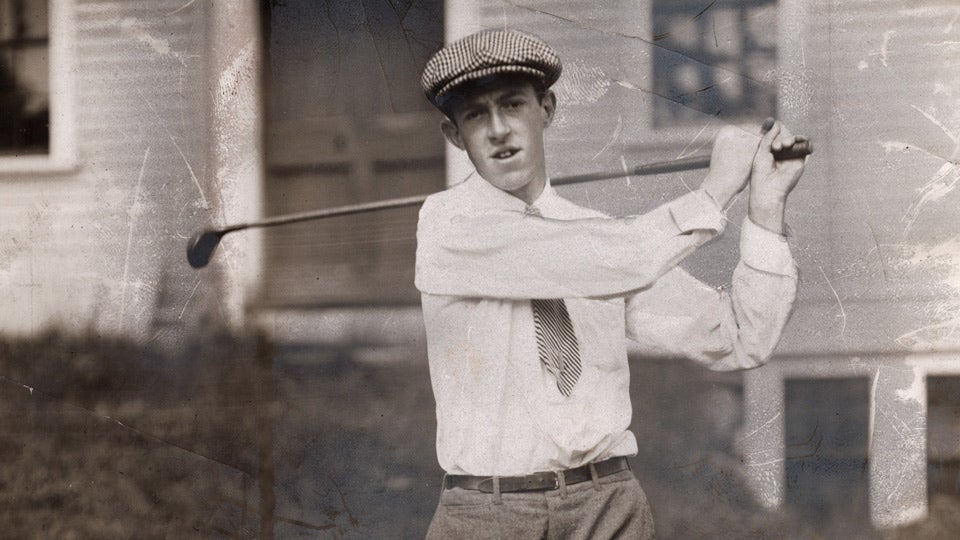 Did you know that Paul Azinger was born in Holyoke, Mass.? Tempting choice, but not a chance. Local-boy-made-good — really-good — Francis Ouimet has held the Bay State crown for a century and likely will for a century more. Pat Bradley gave spirited chase via a Hall of Fame career that included 31 LPGA Tour victories, with six majors. Three of those major titles came in 1986. But how does anybody top Brookline-born Ouimet, who put golf on the map in the United States with his never-been-topped upset victory at the 1913 U.S. Open, played at The Country Club, right across the street from the modest house where he grew up? Earlier that summer, at age 20, Ouimet captured the first of his six Massachusetts Amateur titles. He would later win two U.S. Amateur trophies, in 1914 and ’31, win a Massachusetts Open and a Boston Open. A lifelong amateur, he competed on the first eight Walker Cup teams and captained the next four and in 1951 became the first non-Briton selected to be Captain of the Royal & Ancient Golf Club of St. Andrews. But his singular feat in 1913 will live forever, when he made a playoff with the world’s top two professionals, England’s Harry Vardon and Ted Ray, then shocked them in the 18-hole playoff, firing a 1-under 72, beating Vardon by five and Ray by six.