PACIFIC PALISADES, Calif. — Matt Kuchar, in an interview with GOLF.com Wednesday evening, said he is “disappointed” and “sad” that his $5,000 payment of his Mexican caddie, David “El Tucan” Ortiz, after winning $1.3 million last November in the Mayakoba Golf Classic, has led to such hurt feelings about what had been such a joyful, storybook win.

“I kind of think someone got in his ear,” Kuchar said. “I was very clear and very upfront on Tuesday [of the tournament week]. And he said, ‘OK.’ He had the ability, with bonuses, to make up to $4,000.”

Kuchar was wet and tired after a Wednesday pro-am round that took nearly five hours to complete. He sat on a bench in the Riviera clubhouse and calmly explained his side of the El Tucan Affair for 20 minutes without his trademark smile. 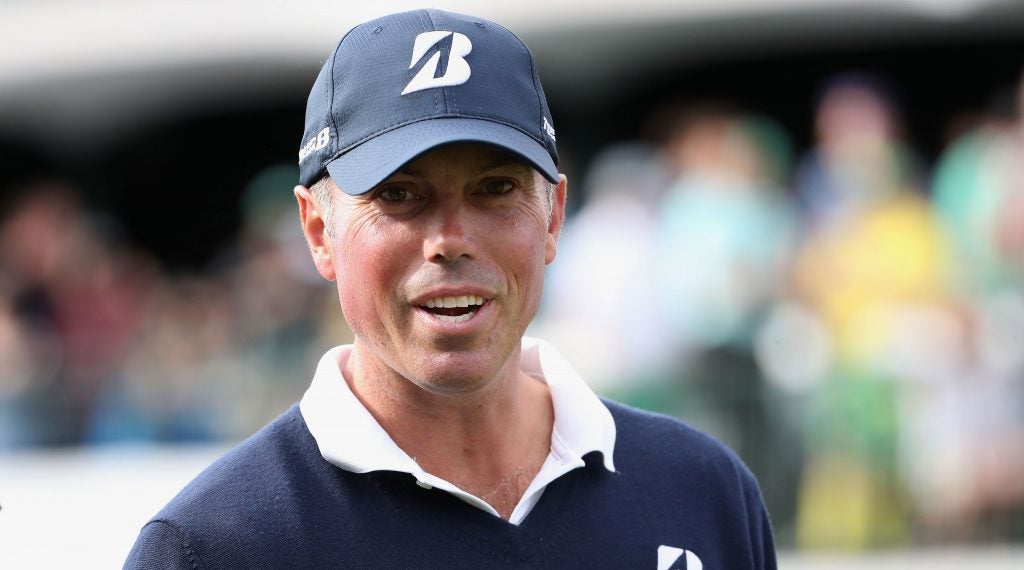 A winning Tour caddie can expect to receive 10 percent of his or her player’s winnings. In this case, that would have meant $130,000. For a club caddie at a resort accustomed to making $100 to $200 a day, that would be a monumental sum.

Ortiz said in a recent phone interview that he was given an envelope on Sunday night after the tournament with cash in it. He counted it only after Kuchar left, he said. In an interview shortly after the November tournament, Ortiz said he still expected to receive a bonus check for winning. He did not think he had been paid in full. Kuchar’s point Wednesday night at Riviera was that in his mind he had already paid Ortiz more than the agreed-upon amount.

Kuchar described a local caddie he had in Mexico City some years ago named Santiago and how he has dinner with him whenever he returns to Mexico City. “I had hoped to have that same kind of relationship with David,” Kuchar said, “but it doesn’t look like that’s going to happen.”

Ortiz said he would not be interested in working for Kuchar again, even though he described him as a “good person and a great player.” About 10 weeks after the Nov. 11 event, Ortiz was offered an additional $15,000 bonus, which he refused. In an interview he said, “No thank you. They can keep their money.” He said he felt a $50,000 payment would have been fitting.

Kuchar said it was always his intention to bring his regular man, the veteran Tour caddie John Wood, to Mayakoba. The notion that Ortiz would work the tournament when Kuchar defends later this year “was never going to be a thing,” Kuchar said.

Kuchar seemed slightly embarrassed that the additional sum had been offered, as he felt his financial obligation to Ortiz was complete. Asked how it came to be that the additional sum was offered, Kuchar said, “That was the agency.” He was referring to Excel Sports Management, which represents him. Kuchar’s agent there is Mark Steinberg, who also represents Tiger Woods and Justin Rose.

Kuchar was asked who would actually pay the money.

Kuchar smiled and said, “It’s not coming out of Steinberg’s pocket.” In other words, Kuchar would be paying. He said the additional proffered payment was Steinberg’s effort at damage control.

I think if you ask locker room attendants, they’ll tell you that they’re happy to see me. I’m no Phil Mickelson, but these guys are like, 'Matt’s coming our way.’

“I think people know me well enough to know I wasn’t trying to get away with anything, that is not how I operate,” Kuchar said. He said some players were giving him a hard time about the caddie-payment debacle, “as I would them.” Kuchar has a reputation for having the needle out and talking smack during practice rounds.

Kuchar said he did not really understand why the pay dispute has turned into such an emotional issue. Told that a $5,000 caddie payment on a $1.3 million payday seemed frugal, he nodded, but indicated he had a different view.

“I try to look at the bright side of everything,” Kuchar said. “I hope he’s happy, I hope things are really good in his life. I have to think, if he was given the same opportunity to do it again, he’d say, `Yeah.’ He has a nice personality. He’s easy to be with. The photo of the two of us with the trophy, that will always be on the wall in my office.”

There are players, fairly or not, who have a reputation for being frugal tippers. And there are players on the other end of the spectrum. Asked where he falls on that spectrum, Kuchar said, “I think if you ask locker room attendants, they’ll tell you that they’re happy to see me. I’m no Phil Mickelson, but these guys are like, ‘Matt’s coming our way.’