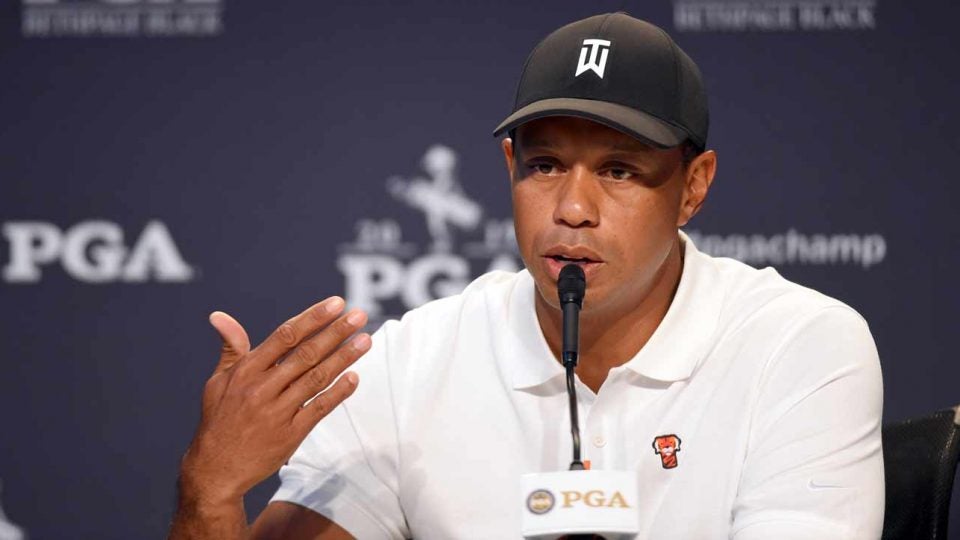 Tiger Woods, his girlfriend Erica Herman and his restaurant, The Woods Jupiter, are being sued for damages in the death of Nicholas Immesberger.
USA Today

Immesberger, a restaurant employee, died in a single-car accident on Dec. 10, 2018. The 24-year-old’s blood alcohol content was registered at .256, more than three times Florida’s legal limit. Attorney Spencer Kuvin alleged that Immesberger had been drinking for several hours after his shift ended at 3 p.m. His parents are suing Woods, his girlfriend Erica Herman (the general manager) and the restaurant itself for their son’s death. In a press conference Tuesday morning, Kuvin made the accusation that the restaurant destroyed potentially incriminating tapes.

“One of the most significant issues we have here is the destruction of evidence,” Kuvin said. “Obviously it shows that somebody knew something had gone wrong and they wanted to get rid of that evidence. We have evidence to show that that videotape, showing Nick at the bar that night after he got off at 3 p.m., drinking for three hours at the bar, was destroyed shortly after the crash had occurred.

“So we have through our investigation uncovered evidence to show that the bar knew what happened, they knew about the crash that night and shortly thereafter that video evidence was destroyed and deleted off the servers they had there at The Woods.”

Woods expressed his sadness at Immesberger’s death during his Tuesday morning press conference at the PGA Championship.

“Well, we’re all very sad that Nick passed away,” Woods said at Bethpage Black. “It was a terrible night, a terrible ending. We feel bad for him and his entire family. It’s very sad.”

The lawsuit further alleges that Woods and other employees should have been aware of Immesberger’s struggle with alcohol abuse because he had crashed a car just a month beforehand while driving home after drinking.

Kuvin said on Tuesday that Immesberger’s girlfriend, who also worked at the bar, asked other employees to stop serving him after that incident.

Because Woods is the owner of The Woods Jupiter, he could be held liable for his employees’ actions, even if he wasn’t physically at the restaurant. The lawsuit is seeking damages “in excess of $15,000.”

Woods’ representatives have not responded to GOLF.com’s request for comment.